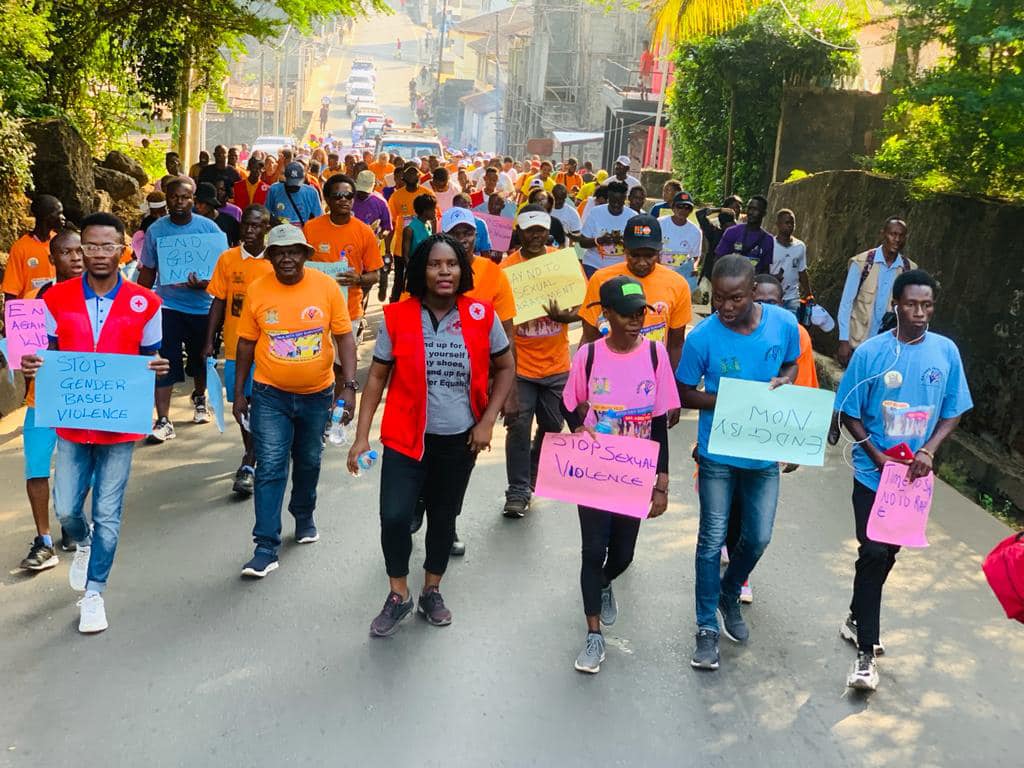 Rainbo Initiative on Saturday, December 3, 2022, walked the street of Freetown to end Sexual and Gender-Based Violence (SGBV) in Sierra Leone. The 25km walk started at Kennedy Street in the East of Freetown and walked unto Aberdeen beach in the West with four SGBV survivors.

The theme for this year’s walk is, “Be a Champion and end Sexual Violence,” and the passionate procession was joined by diplomatic missions in Sierra Leone including the German and Irish Embassies in Freetown, Talking Drum Studio-Sierra Leone, feminists’ groups, and men and women of all ages and walks of life. Sensitization on how to speak up against SGBV was made through Public Address systems as the brave walkers matched on.

Since 2014, Rainbo Initiative has had the vision to empower communities to end SGBV, and they are currently on a 16-day activism which started on November 25, 2022, to end forms of SGBV, especially against women and girls. They are also the only free providers of medical and psychosocial support to survivors of Gender-Based Violence in Sierra Leone.

The Irish Embassy in Sierra Leone said they were happy to be part of the great turnout to show their support for survivors. The German Embassy in Freetown expressed that protecting women and girls means showing solidarity with everyone fighting the good course.

Sponsors included the Government of Sierra Leone, the European Union, Irish Aid, Trocaire, Comic Relief, and the Embassy of the Republic of Germany in Freetown.