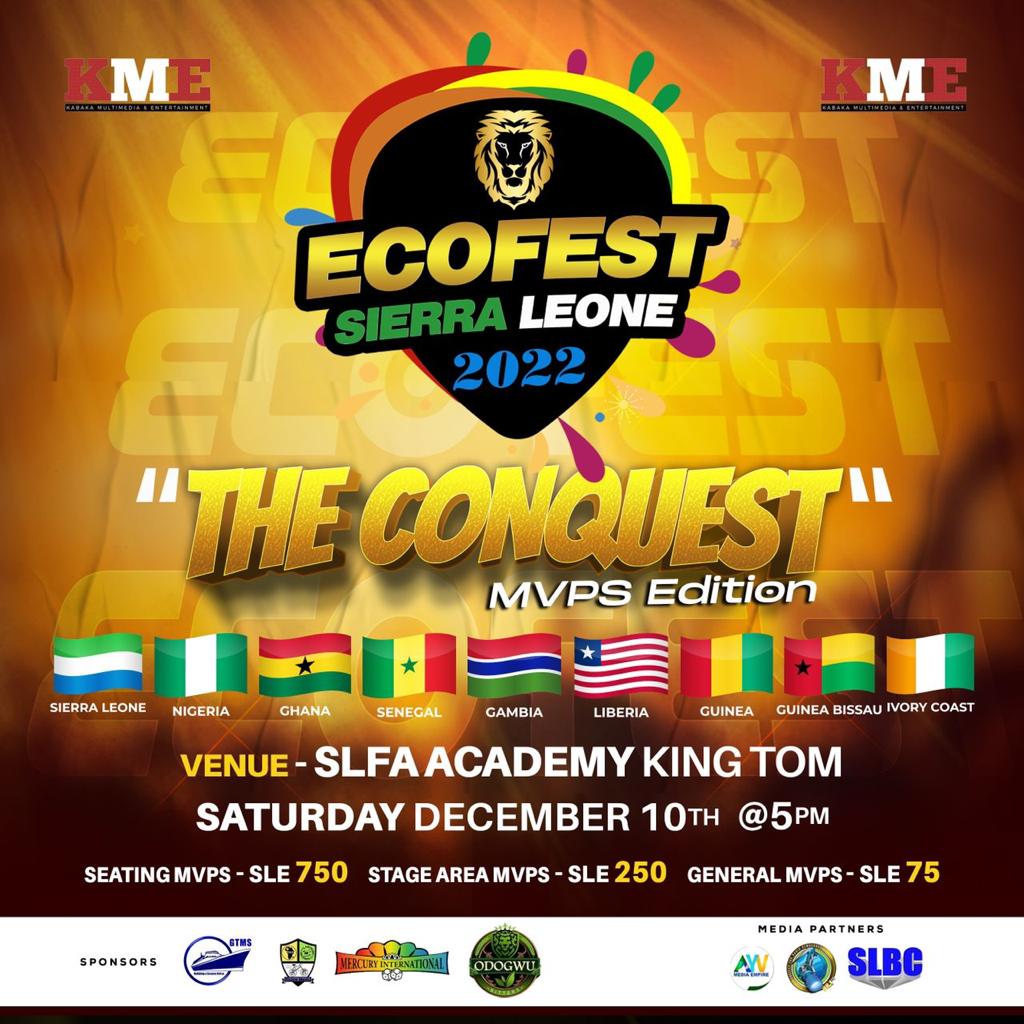 The CEO of Kabaka Multimedia Entertainment, Abubakarr Turay Esq, popularly known as Kabaka has announced that this year’s Ecofest event will be staged at the SLFA Academy in Freetown. Speaking at an interview with Radio Democracy, Kabaka said, the Ecofest, which is titled this year, as “The Conquest” will be held on Saturday 10th  December at the SLFA Academy in Kingtom, Freetown.

The annual event which was first staged in 2019 has grown to be one of Africa’s biggest entertainment shows, and people around the continent are getting more interested in it.

Kabaka did note that while it has been successful in bringing artists from all around the subregion, the challenges are equally burdensome. One of the main challenges he highlighted is getting sponsorships. He said that getting people to invest in this initiative is a herculean task, especially when many of those who can sponsor the show do not find it worthy.

Another problem is with security, people who are employed to make sure the event is successfully secured sometimes leave their duties to take pictures with the performers. He added that there has also been an equally bigger challenge in getting people to understand what it means to build such a platform.

The refusal of Sierra Leoneans to support acts from within the country and heavy criticisms of every action and outcome of the show, continue to be obstacles he has had to surmount every single year.

The hosts for this year’s event are multiple award-winning actress, Nancy Isme, and one of Sierra Leone’s leading comedians, Kindo Armani.

As always, it is a show that comes up once a year, and certainly not one you want to miss.

Ticket prices range from nLe 75 for general MVPs to nLe 750 for seating MVPs.