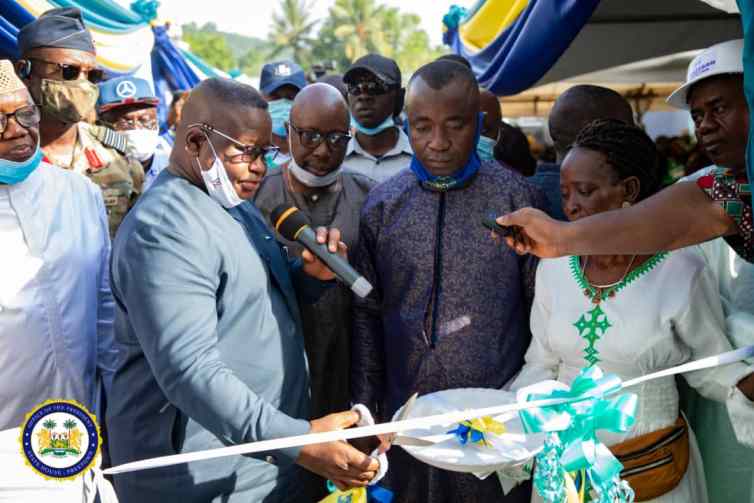 President Dr. Julius Maada Bio has on Friday May 21, 2021 officially opened the Bo Rangers Football Clubhouse and Secretariat in Bo City, Southern Sierra Leone. Chairman Board of Directors of the Bo Rangers Football club, Hon. PC Gassimu Mallah thanked President Bio for gracing the occasion and for injecting new spirit into Sierra Leone football, noting that many young people, who had taken football as their career, were fully engaged in the country. He added that spectators and football fans in the country would always remain grateful to President Bio for reviving football.

In a public notice dated 21st May, 2021 the Government of Sierra Leone through the Ministry of Information and Communications has informed Timber loggers, traders and transporters that they have resolved to slam suspension of timber transportation on June 1, 2021 to October 31, 2021. The Government has also called on all Ministries, Department and Agencies to ensure full implementation of this suspension, whilst they examine the timber logging policy in the country to inform future policy.

Cybercrime Bill to be revised

Following extensive consultations on the proposed Cybercrime Bill, the speaker of parliament has called on the Minister of Information and Communications to submit the bill to the Attorney General’s office and the Law Officers Department for it to be revisited. The Bill, which was sent to the Committee on Legislative to be thoroughly scrutinized for several weeks, is now at the Committee Stage of the House for it to be looked at line by line and clause by clause for it to reflect and articulate all concerns raised by stakeholders before it could be passed into law.

During the weekly press briefing, at the Ministry of Information and Communication, Youyi Building in Freetown, the Director General of the National Civil Registration Authority {NCRA}, Mr. Mohamed Mubashir Massaquoi, said Statistics Sierra Leone is in Charge of the midterm census and not NCRA, even though there is a strong partnership with the two. According to Mr Massaquoi, the registration and confirmation process is slated to end on the 22nd May, 2021 in the urban area. He said they created about 2,000 centres nationwide, and employed over 10,000 staff to conduct the exercise.