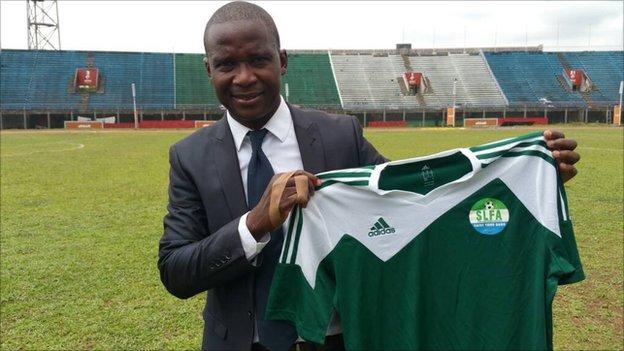 John Keister has been appointed as the new head coach of Leone Stars: he replaces Sellas Teteh who resigned in March 2020.

Before his appointment, Keister was the head coach of the East End Lions Football Club from the 2018 season of the  Sierra Leone Premier League. This is his second time Keister has been the head coach of Leone Stars. He held the pair for a short while in 2017. Prior to that he was the manager of F.C. Johansen.

In previous years he served as assistant coach for the national team under three foreign managers, including Ghanaian Sellas Tetteh, Swede Lars Olof Matsson and Northern Irishman Johnny Mckinstry. He was also the head coach of the Leone Star’s home based team, the Sierra Leone under 17 and under 23 teams.

Keister is a Sierra Leonean ex-footballer who started his career in 1992 before moving to the United Kingdom. As a football player he played for Walsall, Chester City, Shrewsbury Town, Stevenage Borough, Margate and Dover Athletic.

He had 16 international caps for Sierra Leone within the year 1997 and 2003, with zero goals scored. He played two World Cup qualifications against Morocco and Nigeria.