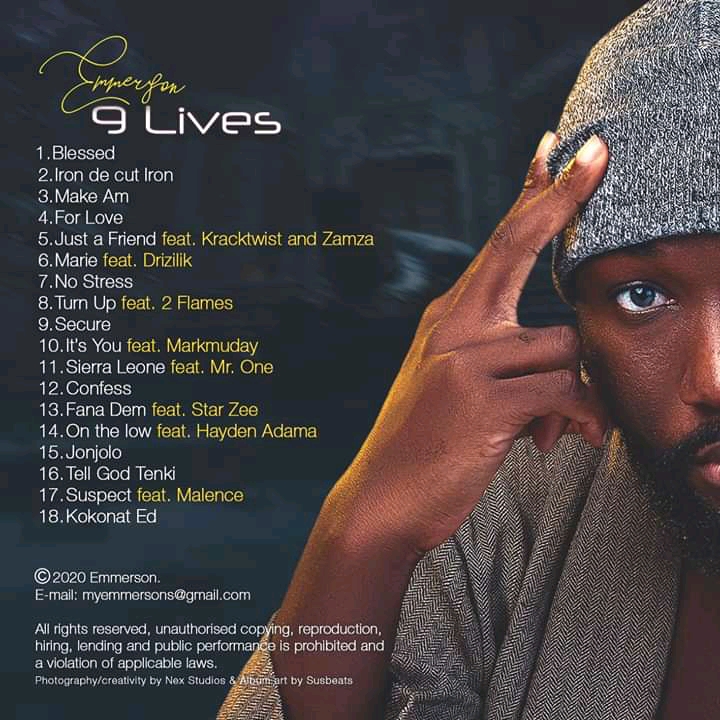 Yesterday “Kokonat Ed” made its way into our WhatsApp groups signaling the release of the much anticipated “9 Lives” album from Emmerson. Like his previous singles “Kokonat Ed” rolls out parables, and metaphors that highlight political issues–broken campaign promises and government ineptitude.

9 Live has 18 new songs including dance tunes, sexy ballads, hip-hop, afrobeats, and social commentary; all of the elements that we’ve come to expect from an Emmerson Bockarie record.

To find out how you can order the album head over to Emmerson’s Official Website.