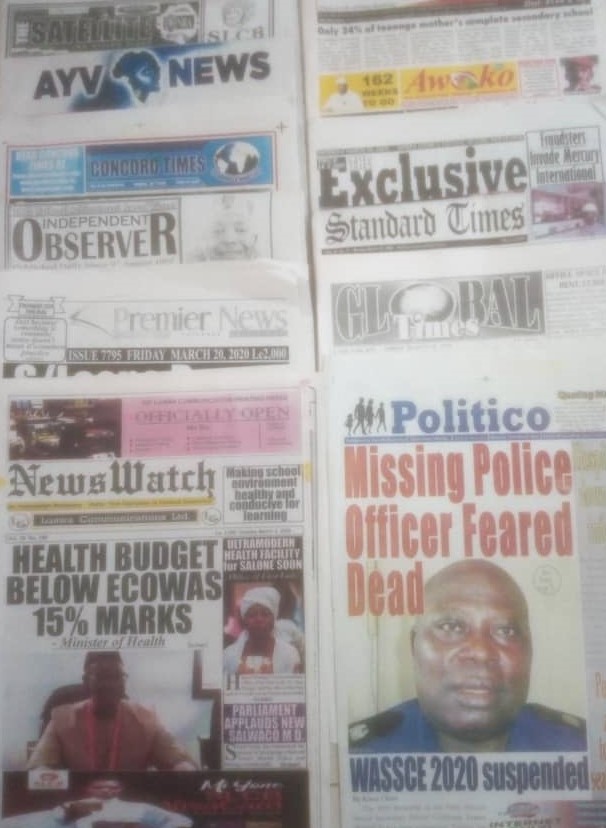 Ambassador Hu Zhanjiang on Tuesday the 31st March handed over a donation from Jack Ma’s Foundation to the Ministry of Health, Medical Store in Freetown. During the handing over ceremony, the Ambassador said Jack Ma Foundation and Alibaba Foundation have donated a total of 20,000 testing kits, 100,000 facial masks, and 1,000 personal protective equipment. The materials were delivered in Sierra Leone on the 27th March 2020 and are meant for enhancing the prevention and control ability of Sierra Leone to combat Covid-19.

UNFPA commends Govt. of Sierra Leone on lifting the ban on pregnant girls

United Nations Population Fund (UNFPA) has commended the government of Sierra Leone on the decision of the Ministry of Basic and Senior Secondary Education to lift the ban on pregnant girls attending school. According to the Country Director of UNFPA, Kim Eva Dickson “as co-chair of the Sexual Reproductive Health Taskforce established in December 2019, I personally applaud the Minister of Education for taking on board the recommendation of the task force to allow girls to continue learning during pregnancy.” She further said lifting the ban fulfills the rights of individual girls, and it in line with the efforts to achieve the Sustainable Development Goals and will contribute to the socio-economic development of the country.

A state registered nurse N’tuma Mansaray, has on the 30 March 2020 at around 10:00 pm stabbed her husband Lance Corporal Mahmoud Mansaray to death. The stabbing incident occurred after an argument was started by the couple, the wife out of rage and stabbed her husband. The suspect is now in police custody at the Congo Cross Police station, while the deceased was conveyed to the 34 Military Hospital mortuary.