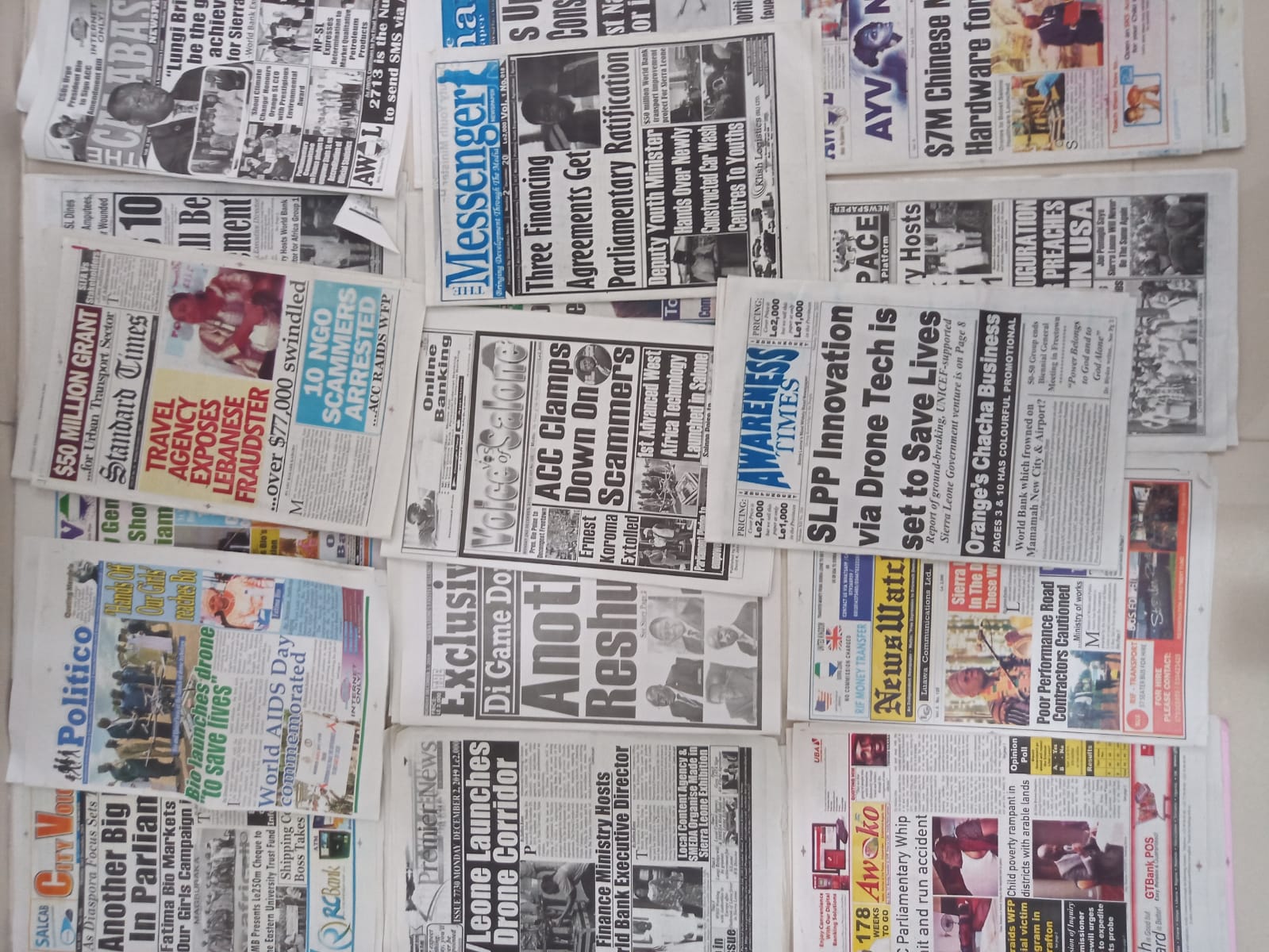 Ten people have been arrested at Grafton by the  Anti Corruption Commission following a tip off that led to  a raid of a Special Victims Payment Point in Grafton.

Those arrested were working as partners of the WFP implementing partners and their collaborators that were facilitating payment to vulnerable individuals and families of deceased persons.

The ACC arrested  individuals for falsifying documents for payees only to later turn around and r request up to 90 percent of the monies paid to the victims.

The Executive Director of World Bank Africa Group 1 covering 22 countries in the continent Anne Kabagambe visited Sierra Leone. She represents Sierra Leone at the World Bank Board in Washington D.C.. During her visit she was hosted by the Minister of Finance, Jacob Jusu Saffa at his George Street Office in Freetown. Madam Kabagambe lauded the government of Sierra Leone for its commitment to economic reforms.

In sports: Leone Star down to 118 in latest FIFA ranking

Sierra Leone’s national football team, Leone Star have dropped one place down to 118 from 117 in the latest Fifa football ranking announced on Thursday Nov 28. The announcement was made following a home draw with Lesotho and a defeat from Benin in their opening two African Cup of Nations qualifying matches. Leone Star were eliminated from the 2020 World Cup Qualifier by Liberia in a 3-2 aggregate scoreline.