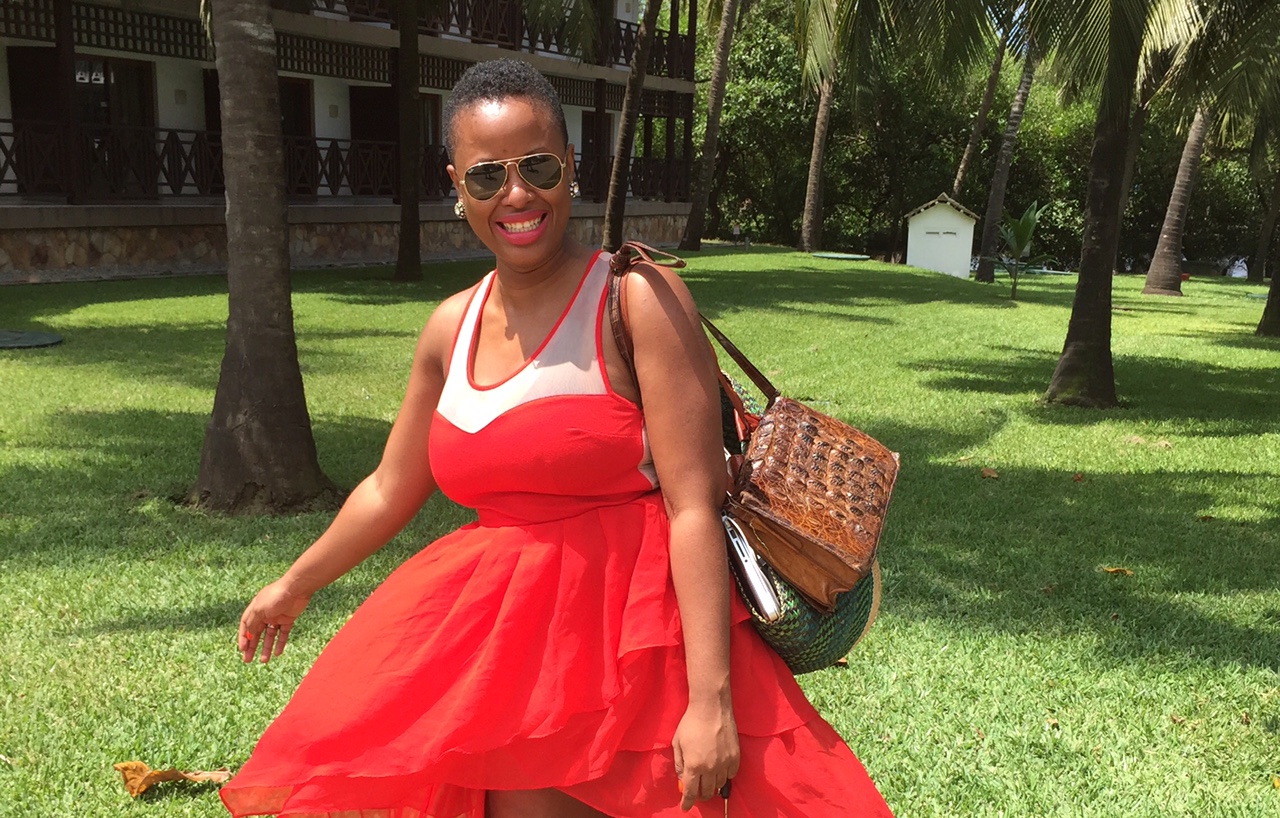 The woman fighting for a better Sierra Leone

Vickie Remoe was born in Sierra Leone but left the country in 1994 during the time of a civil war that retarded the growth of the nation.

As a child, Remoe had no choice except to leave because her mother, a diplomat, had just been posted to the Sierra Leonean embassy in Ethiopia.

The war ended in 2002 but Remoe was already pursuing her educational dreams in the United States.

When she returned to Africa after completing her studies Remoe settled in Ghana in 2012 and launched her entrepreneurship career.

She is the founder of the magazine Gowoman, a publication that projects women issues on the continent.

She is also a communication consultant projecting many brands and recently launched a project to train young Sierra Leoneans in the digital space.

Remoe can speak on authority when it comes to entrepreneurship on the African continent because she lives it.

She started her business with less than $1,000 and has since 2012 after settling in Ghana built a successful communication consultancy business employing several other young people.

In a recent interview she granted DW, Remoe said African youth are full of energy and ambition but funding to propel them to the top is the challenge.

“There are a lot of activities involving start-ups and incubation entrepreneurship in Africa, there is a lot of talk and activity, but there isn’t always a lot of funding to support the activity,” she said.

She runs the Go WOMAN magazine to project issues about women in Africa. 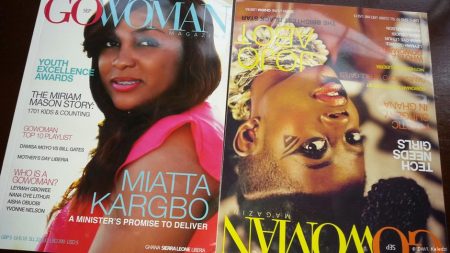 Remoe in April this year also granted Africa Feeds an interview where she spoke of her dream to contribute to transforming her country.

She is on a mission to train young Sierra Leoneans and prepare them for what she calls the next technological revolution.

Remoe intends settling down completely in her home country and fighting for that brighter future.

“Ultimately, my goal is to relocate back to Sierra Leone at some point um and to be part of the country’s private sector and create employment for others and teach others and enable others and also use my skill sets to help build brands which is what I do I’m a marketing consultant,” she told Africa Feeds.

Remoe says what she does now is helping “local manufacturing companies tell their stories better to reach their customers and make a better value proposition so yeah Sierra Leone is happening.

I think it’s the next frontier, if you ask me but key to actually making a lot of facts is to make sure that our people are ready global citizens, our people, have the skills and tools they need to take on the opportunities that the world is going to bring to them and key to that is that for me.

I think it’s access to technology, access to education and the skills that enable them to develop and build their own businesses and their own solutions.”

Preparing the youth of Sierra Leone

Remoe is so passionate about the youth of Sierra Leone. She revealed that her worry is how prepared or otherwise young people are to propel the country’s growth.

“We still have about a 70 youth unemployment rate, which is really high. Internet penetration is about 10/11 percent and the cost of connectivity is still very high. 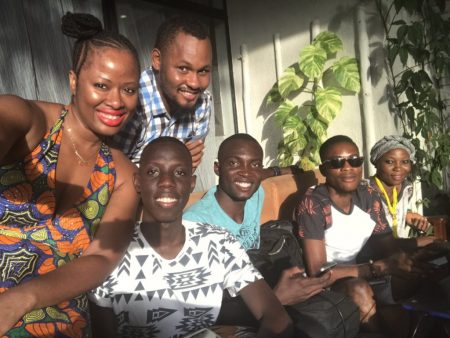 There is a huge rural-urban divide in terms of access. Naturally, people in urban centres have better access than those who are on the last mile or on the edge and yeah most young people are not as tech-savvy as you would find in Ghana or Nigeria, Senegal, Kenya.”

Remoe says because these young people “don’t code, they are not developing apps yet. If they are maybe one or two, but they’re definitely not yet using technology to build and create solutions in the way that other uh young people are um so what I’ve been doing and what I’m going to continue throughout to do throughout the rest of the year is to do the digital training and digital skills development for young people, for free in Sierra Leone.”

She is already organizing classes on “blogging and text skills and digital comms” hoping to equip these young people to participate in the digital revolution.

Remoe is driven by the inspiration to see her country transform and catch up after losing out for many years due to civil war.

She told Africa Feeds “we live in a very global world and there are lots of opportunities for young people in Sierra Leone and other places that don’t have as much access and not as connected you know to the global online village and don’t have as many digital land um technological skills we’ll get left behind.” 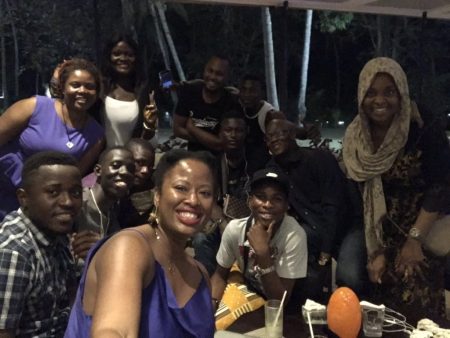 She wants to lay the foundation for the future growth of the country and doesn’t want the nation’s youth to be caught unprepared.

I believe in the next five years, will be at 20, 25 percent right. These people that I’m training now I think that they’re gonna be the early adopters right the next once we do hit that 20 percent tipping points for like being digital skills.

These people will be like the first set of people probably who going to code and develop solutions and applications that will solve some of Sierra Leone’s problems up,” she said.

Vickie Remoe is part of the many young Africans who believe in the continent of Africa and want the narrative about it to change for the better.

“I think that what’s really important right now is for all of us on the continent to believe that greatness is possible here. That every time you think you’re going to go overseas.

That we have our brothers and sisters enslaved in Libya. Swimming and killing themselves to go to Europe because they do really feel like the continent is hopeless like my message is that it is not hopeless.”

Changing that trend of young Africans desiring to make it outside the continent is Remoe’s biggest dream and she knows it starts from changing the narrative first from Sierra Leone.

“It is possible here, that money you’re going to save to buy airfare to go suffer swim or whatever and not, put yourself in some kind of uncertainty invested in a small business.

You know, start something where you are and it doesn’t have to be big. So my message is that we have to believe that greatness is possible for us here and we also have to know that we are the ones that we’ve been waiting for in the sense that nobody from anywhere no planet anywhere is going to come and develop your country for your continent. If all of us leave will have nothing to come back to so ultimately, I think it’s just about having faith and confidence.” 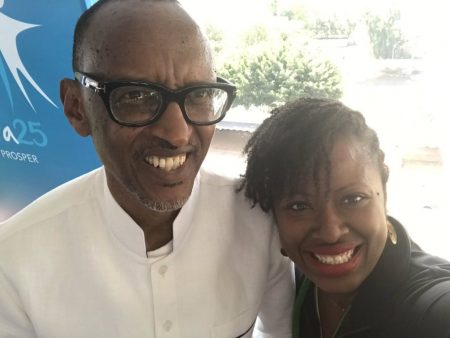 Vickie Remoe is brightening the corner where she is and continues to fly the flag of Sierra Leone and Africa high. She is fighting for her country’s future and that of Africa.