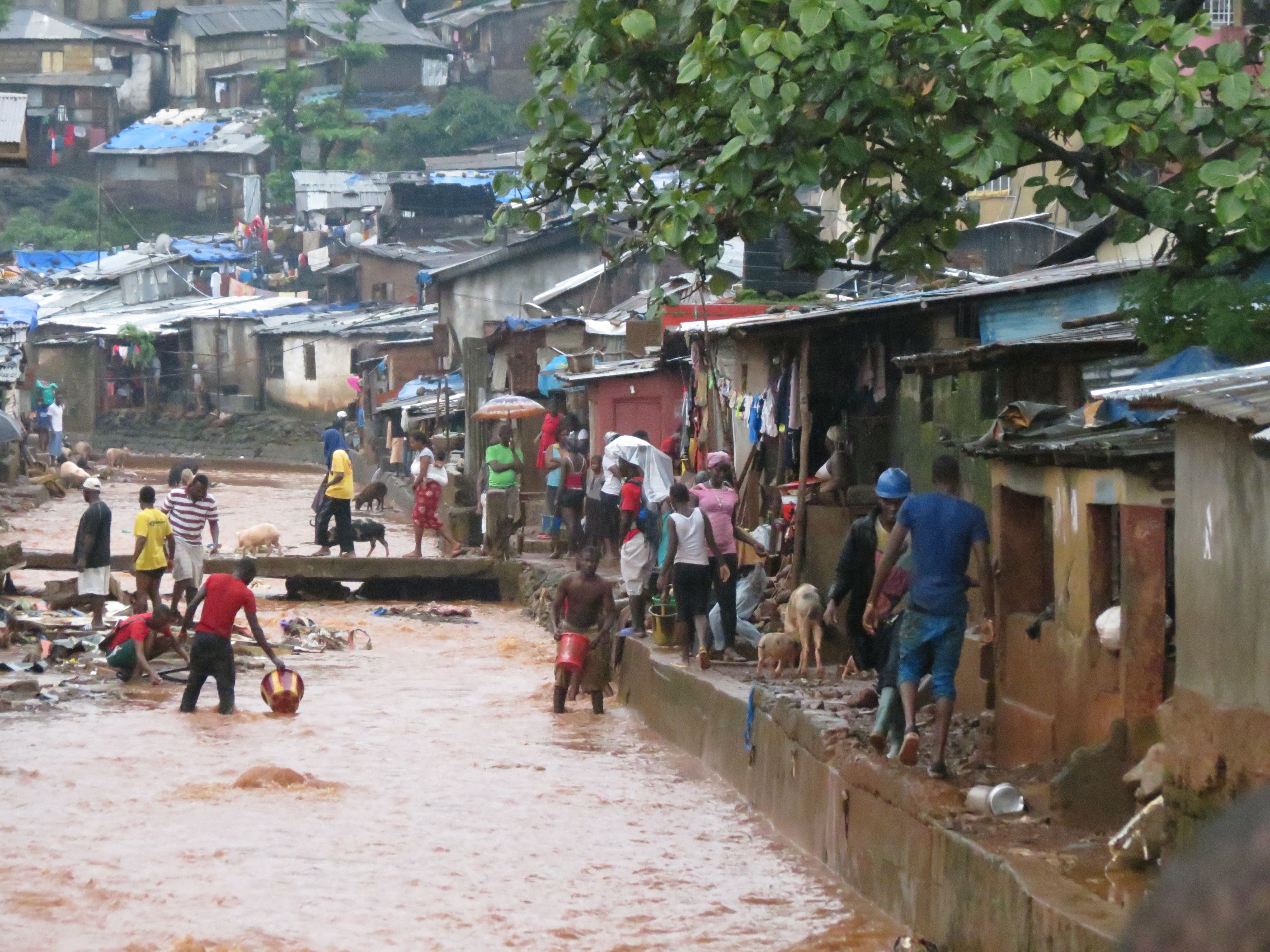 Heavy rains over the last 48 hours has destroyed the homes of residents of Kroo Bay, Sierra Leone’s largest slum community for the third year in a row.

Speaking to SwitSalone, Mabinty Sesay, a mother of five said that in all her 20 years at Kroo Bay that this was the worse flood.

“We’ve lost everything and don’t know where to go.”

Abdul Kabba who runs a mini-bar down the slum community said he has lost everything, properties including cash as he was caught unawares and there was no one to help him out.

“I am finished, I am left with nothing, “he cried out.

There have been reports of disasters in other parts of the Capital with the Orogu Bridge brought down and the main referral hospital Connaught flooded with surgeries suspended.

Head of the Country’s Disaster Management at the Office of National Security Mary Mye-Kamara confirmed that 4 people had died so far, while Way Yus on SLBC TV said it was double that.

President Ernest Bai Koroma summoned an emergency security meeting at State House to discuss the situation whilst those affected by the flood have been asked to use the National Stadium as temporary settlement where they will be provided with clothing, food and tents.

This flooding in the capital Freetown came a week after heavy rains destroyed houses and properties in the Southern part of the country.

Sierra Leone is ranked 138 out of 172 countries prone to natural disaster as measured in the World Risk Index calculated by the United Nations University for Environment and Human Security.