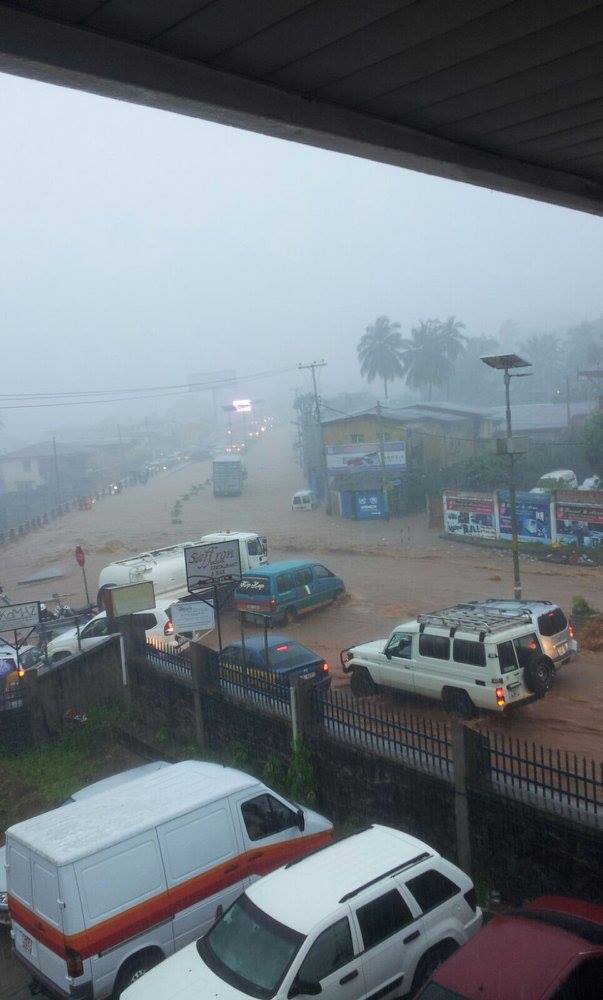 The rainy season in Sierra Leone is officially from May to September every year. Yesterday the capital city Freetown flooded in what many are saying is the worst destruction and devastation they have seen in recent years. While this may be the worst, the level of unpreparedness was exactly the same as it was last year, and the year before that. The people in the City cry and complain about the rains and the floods every year but as soon as the clouds give way to sunshine in mid October everyone forgets about the rain. And then the year rolls round and it is September again, the slums flood, the gutters overflow, people die, and structures fall and in the City on and on social media people ask that we pray for God to save Sierra Leone. The same people who took no action the previous year now expect God to come down and save them.

Floods are a naturally occurring disaster. However, just because it rains heavily doesn’t mean that flooding will occur. If there is flooding it is that natural watercourses do not have the capacity to convey excess water brought on by rains.

In Freetown there are three major man made actions that have made it almost impossible for excess water to find a path to the sea.

1. Our gutter ways are filled year round with trash so much so that when it rains the water which should flow down these gutters have no where to go but out on to the streets bringing with them disease, and filth.

2. We build our homes and property where we feel and not according to any plan or concern for the environment. Both rich people and poor people are guilty of this whether their homes are in the waterside slum like  bay communities or up in the hills where our rain forest have been brushed down to make way for new homes. In addition to this people build homes without any regard for creating gutters or drainage systems within their property.

3. Many of the newly constructed roadways do not have adequate drainage systems that connect to the sea. Case and point King Street and Congo Congo Cross as can be seen in the photos below. 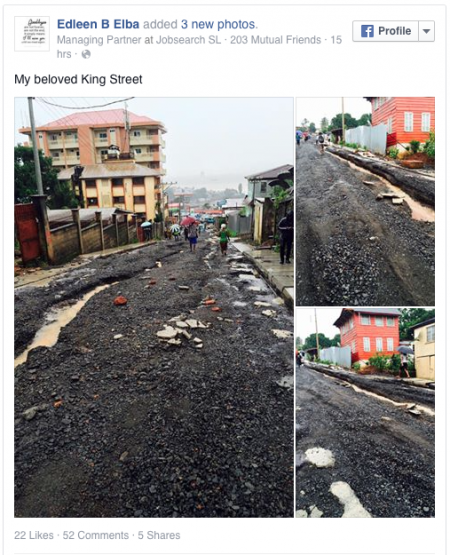 While our actions make it almost impossible for excess water to leave our city, our attitude is even worse. It seems like the residents of the city do not understand that ensuring that their elected public officials act in their interest is well, in their best interest. Both the residents and Freetown City Council’s officials have a laissez faire attitude about their own well being. There isn’t a culture of preparedness, all the while forgetting that rain noh dey fodom na wan man dohmot.

Everyone wants to be above the law and so what we have is a city of lawlessness. Very few residents want to be told or directed towards doing the right thing for the public good, especially where their home is concerned. And the City’s officials lets everyone do as they like.

So in times like these, the collective is punished both for our actions and our attitude.

Today on Facebook photos of the devastation was trending. A GoFundMe has been set up to raise funds for victims of the flood, as many now homeless seek shelter at the National Stadium. 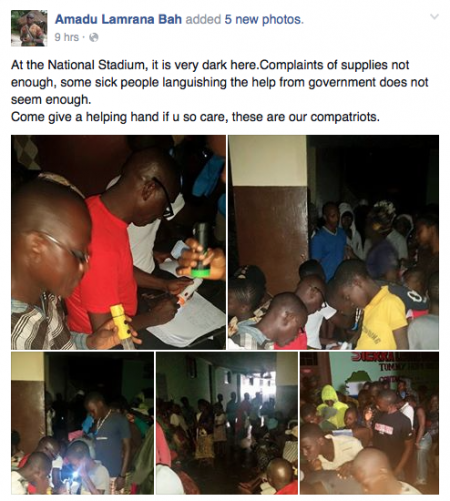 The national government has put out a press release asking people to stay home as more rain is expected. People in low laying areas are also being advised to take cover on higher ground. The death toll so far according to a Way Yus on SLBC TV is eight with many more injured. The numbers are expected to rise by sunrise.

According to the release from the State House Communications Unit, “Sierra Leone has been identified as one of the countries in West Africa that will experience heavy monsoon rains fro the next six days”. Leaving one to wonder why this message wasn’t passed along last week or a day or two before the rains started and people warned to take cover and prepare. Again na way di rain don fodom na im wi di prepare.

Whether it rains for another 6 days only time will tell, what you can however be sure of is that as soon as the sun comes out to stay, Freetown will most certainly forget this round of flooding until the next rain season.