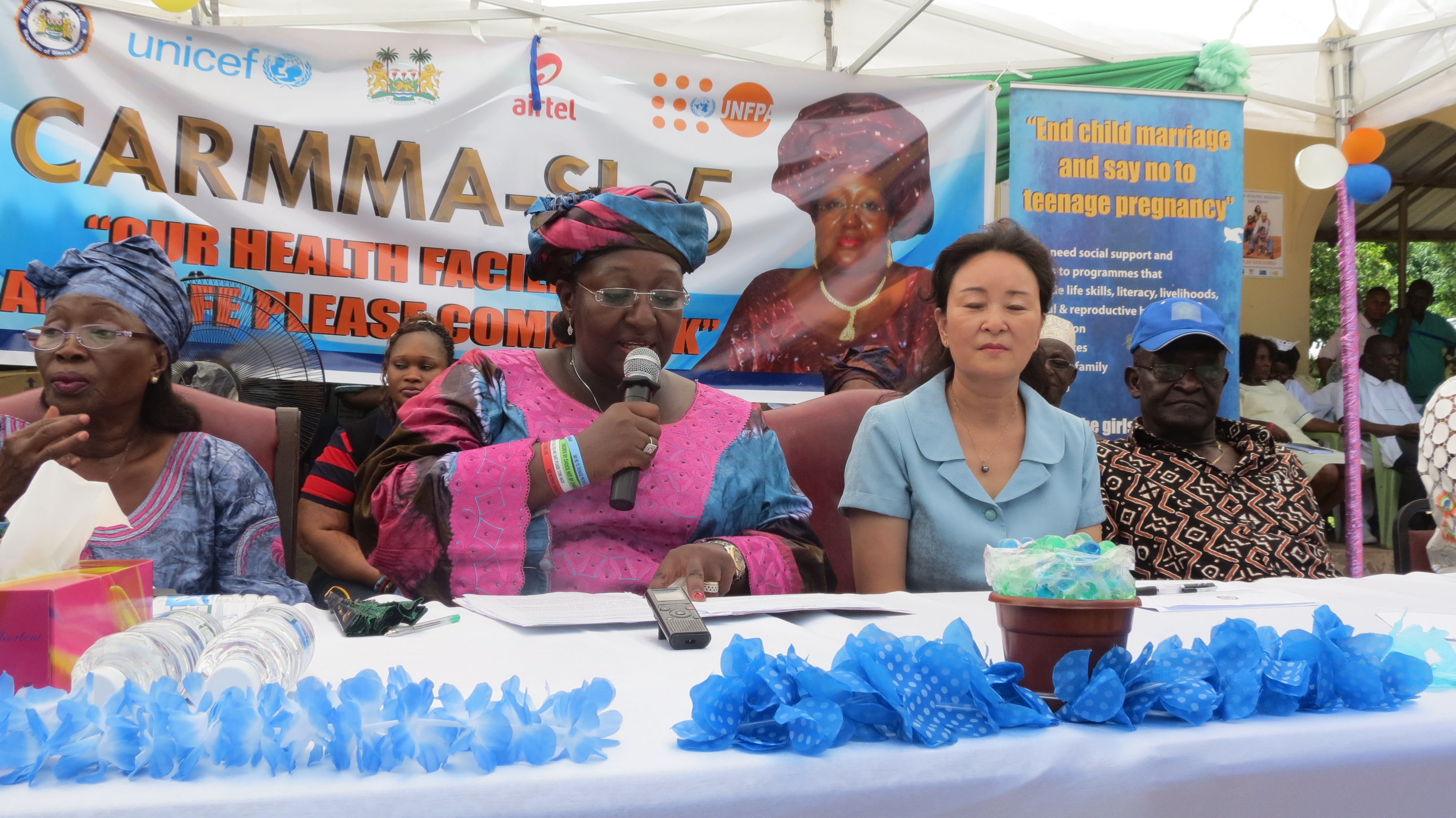 At a ceremony to mark the fifth year since the launch of the Campaign for Accelerated Reduction of Maternal Mortality (CARMMA) at the Makeni Government Hospital, First Lady Sia Koroma has asked traditional and religious leaders to take a more active role in ending teenage pregnancy and early marriage. Doing so she says will help reduce maternal mortality.

Mrs. Koroma explained that CARMMA has suffered serious setbacks. She said that many women are still afraid of accessing reproductive health care services. Instead they resort to going to unqualified health attendants or they give birth at home where they have no access to services in case of medical complications. To make matters even worse, distrust of medical facilities has increased even more in the past year.

“The Ebola outbreak has caused fear in everyone, we need to rebuild the confidence of our women to get back to the health facilities and let them know that they are safe,” Mrs Koroma said.

The Office of the First Lady launched CARMMA in March 2010 as part of its commitment to reducing maternal, newborn and child mortality in the country following the International Conference of African Heads of States meeting held in 2009.

According to the United Nations Fund for Population Activities (UNFPA), over 2000 women die in Sierra Leone every year; almost 200 every month, and about seven women die every day trying to give birth. Teenage pregnancies account for a third of all pregnancies in Sierra Leone, and 40% of all maternal deaths. This is why CARMMA’s success depends on reducing teenage pregnancy.

In Biriwa Chiefdom in Bombali District, Northern Sierra Leone, three out of every five teenage girls are pregnant and the Chiefdom has had the highest numbers of pregnant teens since the ebola outbreak in 2014.