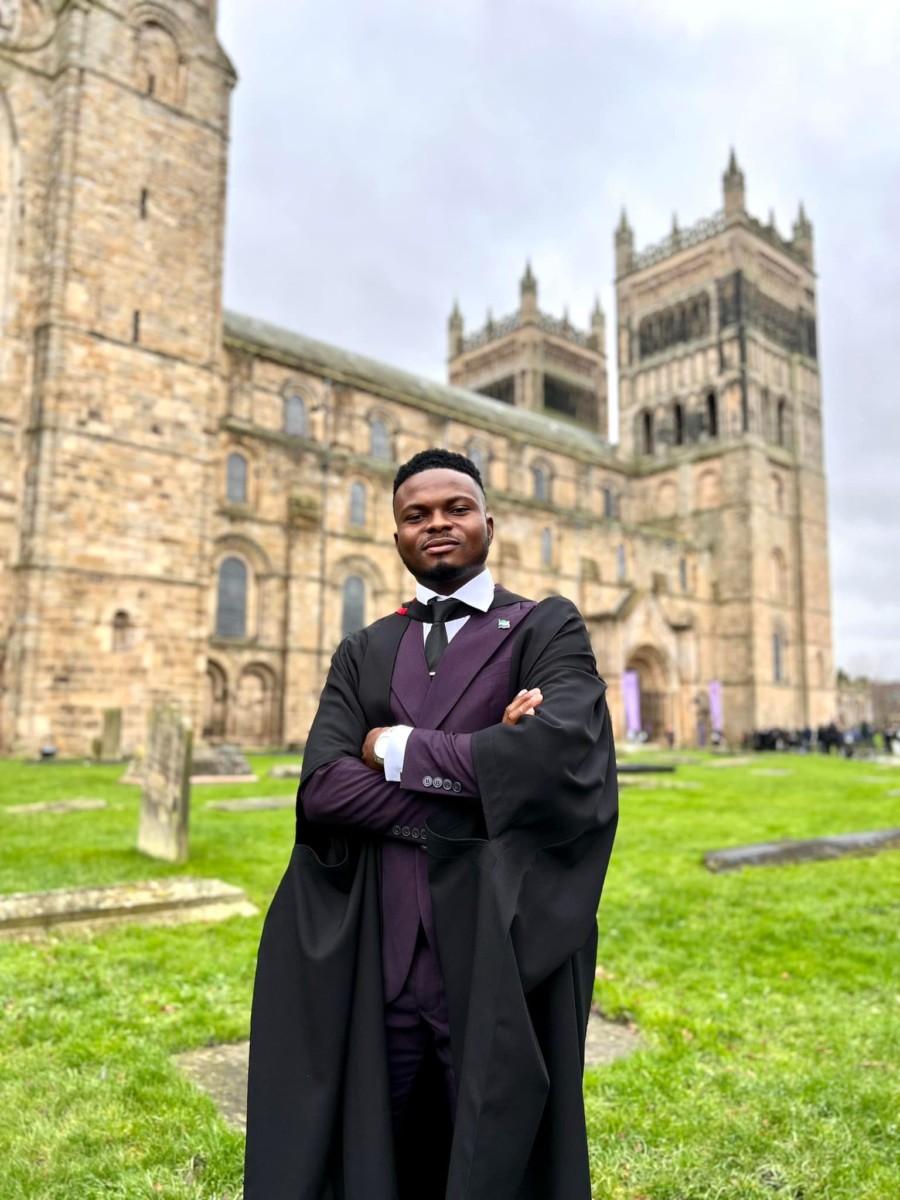 Award-winning Sierra Leonean researcher and innovator, Jeremiah Thoronka, has graduated with a Master of Science Degree in Sustainability, Energy and Development from Durham University.

Thoronka, who won the 2021 Chegg. Org Global Student Prize, and Commonwealth Youth Awards for Excellence in Development Work that same year, shared this exciting news via his Facebook, on Wednesday, January 11, 2023.

“13 years ago, in September 2009, I was admitted to Saint Edward’s Secondary School JSS 1 Blue, from a school none of my peers and teachers had heard of – Baptist Model Primary School. Even though I progressed well in that school, I held on to the sense of where I was coming from and the big dream to change that narrative,” said Thoronka, in his Facebook post.

He invented a device that uses kinetic energy from traffic and pedestrians to generate clean power. Growing up in a slum camp for displaced persons with his mother on the outskirts of Freetown, they used to burn charcoal and wood for lighting and heating and that’s when he developed wishes to work in climate change advocacy.

At age 17, while studying at the African Leadership University in Rwanda, he launched a start-up called Optim Energy that transforms vibration from vehicles and pedestrian footfall on roads to electric current.

An innovation that has helped deliver free electricity to 150 residences with a total population of roughly 1,500 people and 15 schools with a total enrollment of over 9,000 children.

In his post, he sends out his appreciation to all those who contributed for him to achieve such success and assures that he will continue contributing to sustainable climate actions, in Sierra Leone, his homeland and the globe.