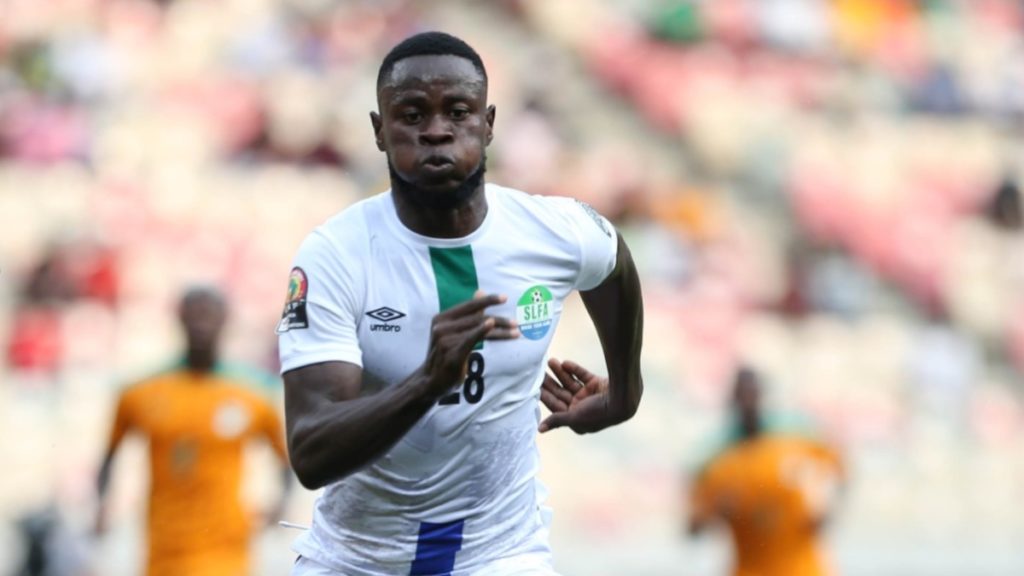 This comes after the SLFA, have completed an investigation into Tombo’s controversies which includes an alleged breach of transfer contract between Libyan top-tier club Al-Ittihad. On September 12, 2022, Tombo was suspended from participating in all SLFA-affiliated competitions in Sierra Leone, as the football body started a probe on the status of the player whose contract had just been terminated by Sierra Leone Premier Champions, Bo Rangers.

According to a press release, issued by the SLFA, they have confirmed that Tombo signed a two-year contract with the Libyan club and was registered under the Libyan Football Association. His contract is said to be valid from August 15, 2022, to August 14, 2024.

However, SLFA has urged the striker to honor his contract which will make him stay in Tripoli till 2024.

Tombo, 22, became a national hero after scoring a remarkable AFCON goal for Sierra Leone against Ivory Coast, at the 2022 African Cup of Nations tournament in Cameroon. He had a successful season on his last appearance in the Sierra Leone Premier League with Bo Rangers, as he helped them win the 2021/2022 league title, he was also awarded the golden boot, best striker, and best player of the campaign.

Meanwhile, he is the highest goal scorer in the Sierra Leone Premier League history with 19 goals in a single season.