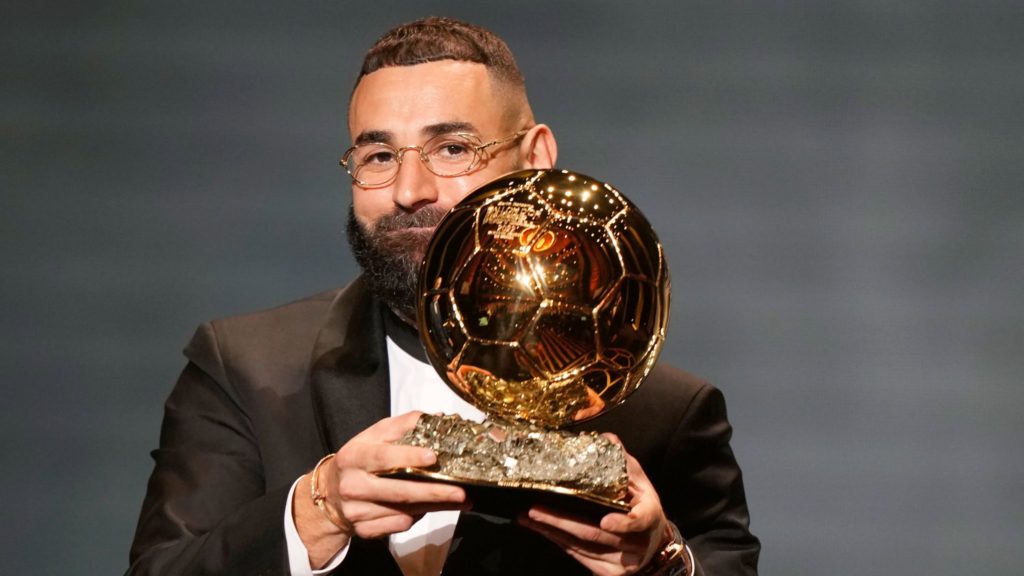 The 34-year-old striker scored 44 goals in 46 matches last season, as his team won the Champions League, Laliga title, and the European Super Cup.

Benzema was crowned in a ceremony in Paris ahead of Sadio Mane of Bayern Munich in second and Kevin De Bruyne of Manchester City in third. He became the first french and oldest striker to win the Ballon d’Or since Zinedine Zidane in 1998 and  Stanley Matthews in 1956 respectively.