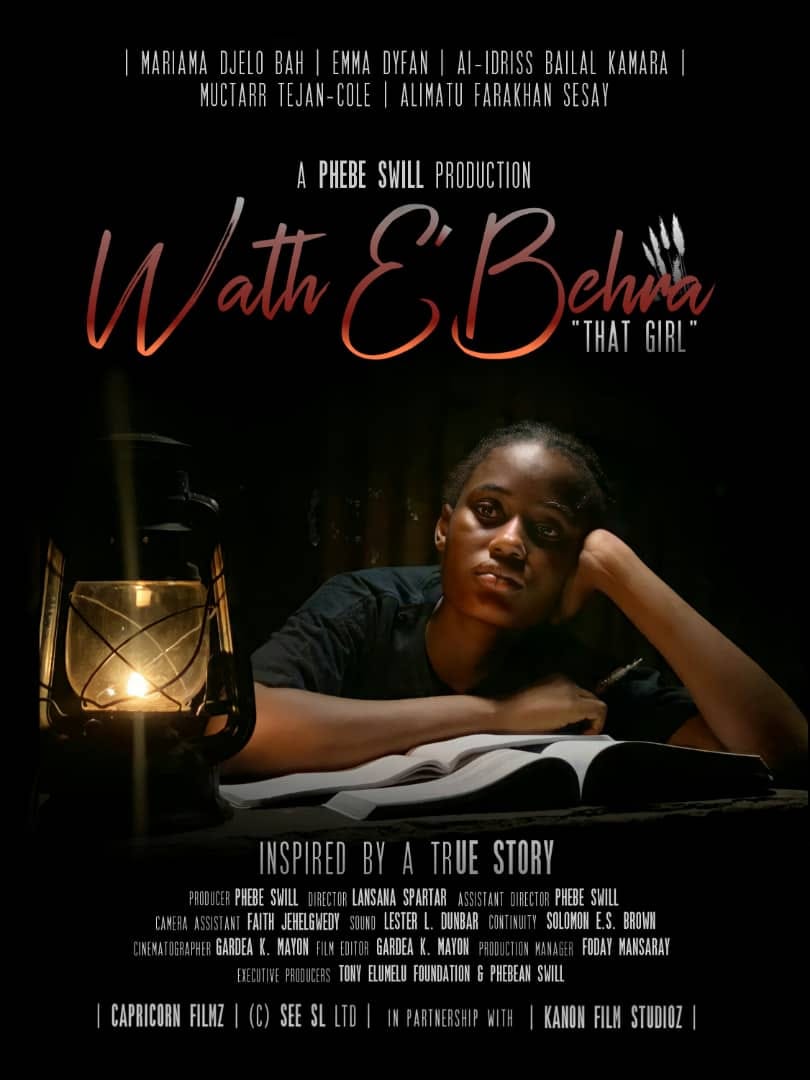 “Wath E’ Behra” (That Girl), a Sierra Leonean film that promotes girl empowerment has been nominated for Best Documentary at the Golden Harvest Film Festival in Tokyo.

The movie is an edutaining documentary that was inspired by the journey of Haja Zainab Hawa Bangura, the current Director General of the United Nations Office in Nairobi, who came from a humble beginning in a small village to gaining global recognition.

Golden Harvest Film Festival is an award ceremony that celebrates independent films across different genres from all over the world. It also aims at promoting the creativity of independent filmmakers.

The movie was produced by WOW Studio, it was written and directed by Mohamed Lansana Spatar Kamara. Earlier this year, the film made its first entry into the Filmfreeway, it was selected as one of the top 6 documentaries and was also nominated for Best Director at the XXV Edition of the Vesuvius International Film Festival in Italy. It later won the category of Best Director.

According to Kamara, the movie being on such platforms indicates the massive growth of the Sierra Leonean movie industry.

“This is the first time in the history of filmmaking in this country that our films are not only selected but won at least one category. Also, being on these platforms connects Sierra Leoneans with international filmmakers and will possibly help tourism,” he said.

Kamara further challenged that the movie industry in Sierra Leone will continue to maintain international standards once they do great work and with that, there is a brighter future for filmmakers in the country.

The winners for the Golden Harvest Film Festival will be announced later and an annual offline and online screening will be organized for these movies.