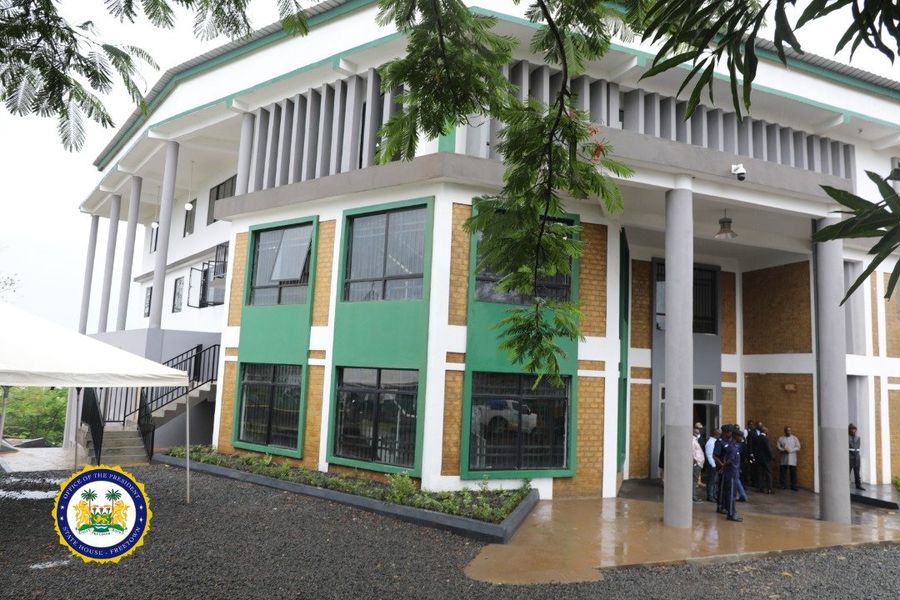 The Tunde Cole Building is a four-story modern learning facility with two 170-person auditoriums, equipped with smartboards and projectors for video/web conferencing and online-content deliveries; six additional virtual learning-ready lectures and conferences rooms; and comprehensive WiFi coverage throughout the building.

The facility will also accommodate up to 700 students per session and will be able to serve as a remote and hybrid learning hub at this university for years to come.

While speaking at the commissioning, President Bio expressed how Sierra Leone was labeled the Athens of West Africa for over a century based on the quality of education that is offered in the country.

“Our education was the international outpost of European education and its mission to train, shape, and reinforce the values, principles, and aspirations of young Africans. The result is that we produced some of the best scholars, researchers, philosophers, and public servants – people who were driven by a mission to transform their nations; people who shared a core value of citizenship,” said President Bio.

He further commend Ing. Cole for his contribution towards improving the education of the country at the higher stage and described what he has done as good citizenship.

Brigadier General Professor Foday Sahr, the Vice Chancellor and Principal of the University of Sierra Leone expressed his gratitude and appreciation; he later described the building as modern.

Ing. Cole in his address, said the building was constructed out of love for his alma mater, saying that he knew the university had constraints with lecture rooms and when he attended its 1190th-anniversary different speakers asked for support from the public.

While giving the vote of thanks on behalf of students of Fourah Bay Collge, Augustine Bona, extend his appreciation to President Bio for commissioning the structure and for putting a premium on human capital development. He further thanked Ing. Cole for his kind gesture and assured him that the building will be used for its intended purpose.