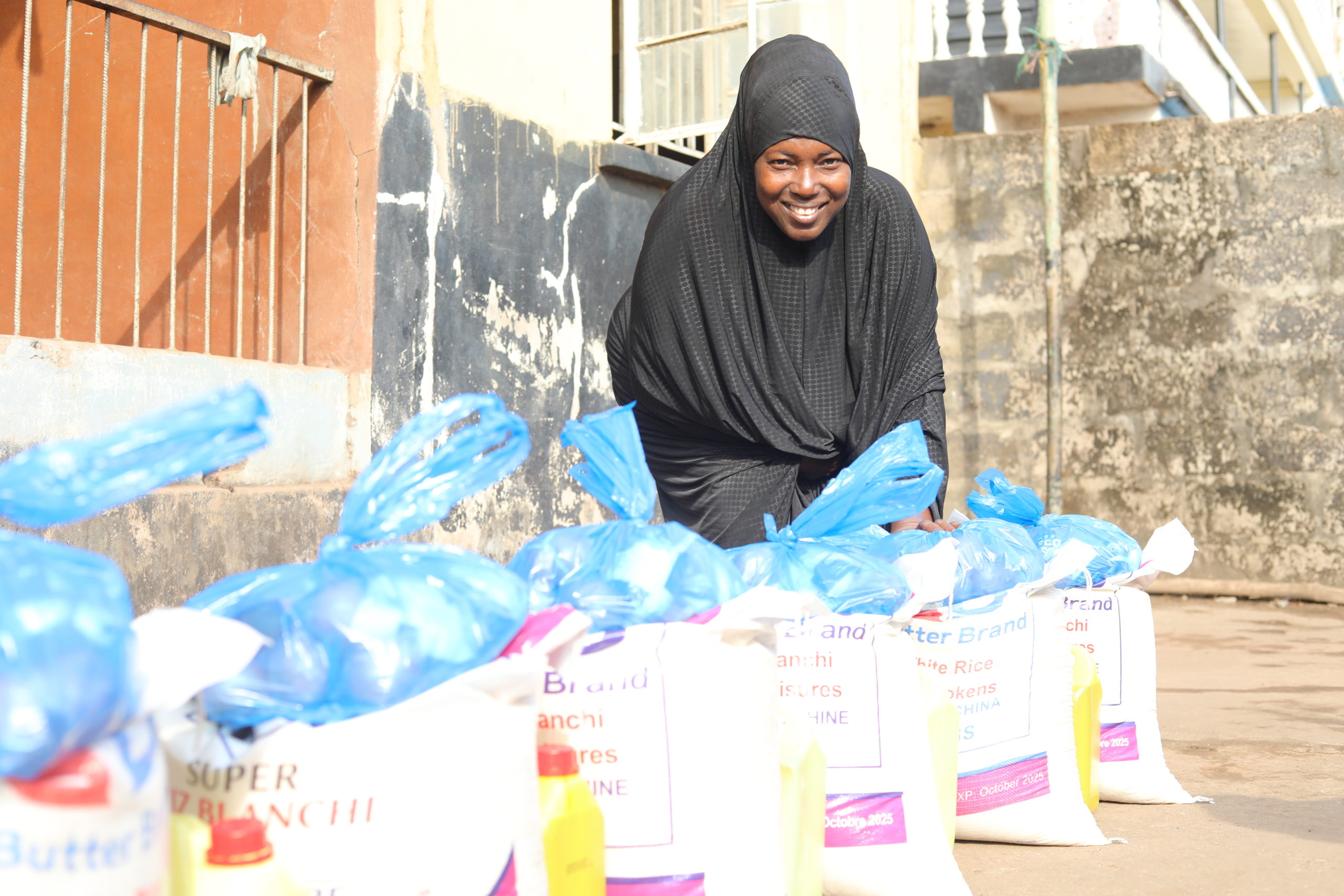 A volunteer social worker from Portee in the Western Area Urban District is feeding needy families during Ramadan. Suafiatu Tunis’s food drive has donated rice, oil, onions, and basic food supplies to feed 250 people in 55 households in the Portee and Grassfield communities.

“Since the pandemic, vulnerable families are dealing with food shortages. The majority of the households we feed have between five to ten people. They are Ebola survivors. Many are single parents living with their kids and extended family,” said Tunis.

She got into social work during the Ebola epidemic after relocating to Sierra Leone from Saudi Arabia. Since then she has worked with various organizations to provide welfare to vulnerable communities.

This year Tunis was able to raise $2160 (SLL 26,892,000) thanks to a partnership with Vickie Remoe. The TV host and producer crowdsourced funds via her website to donate money for Tunis’s efforts.

Although Tunis is a Muslim, the food drive doesn’t end in Ramadan. As long as there is a need she’ll be mobilizing for her community.

“I don’t do this only in Ramadan, I also do it at Christmas. I have Christian relatives, during Christmas, they all contribute and I will give out to people in need,” said Tunis.

As Muslims mark the last ten days of Ramadan 2022 in Sierra Leone they’ll share food in their communities. Tunis is planning on joining in. She’s using the remaining $560 of the $2160 raised to cook meals at her local mosque in Shell New Road, Kissy for Laylat al-Qadr.