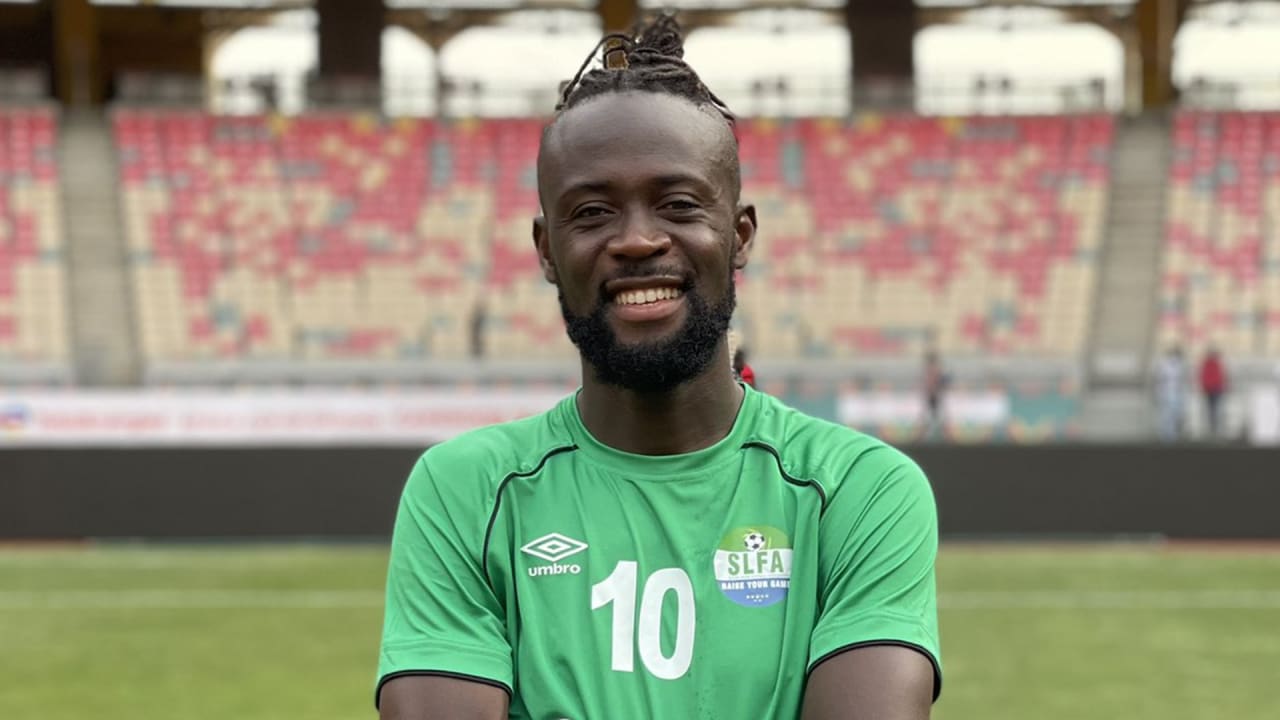 Kamara, 37, is the oldest Sierra Leonean player to play for Sierra Leone in the Africa Cup of Nations tournament. In a statement, he released today via social media, the striker emphasized the sacrifice he has made for the Sierra Leone national men’s football team for 15 years.

“Fifteen years ago I decided to wear the Green, White, and Blue, and represent you on the international stage. I never knew what the journey would bring me, but I tell you, I would do it all over again if I had the chance. Today, I am finally hanging up my international jersey to focus on my club career. Now when those international breaks come, I will spend the time with my family, but I will always miss the games at Siaka Stevens Stadium,” said Kamara.

The striker is currently playing for CF Montreal in the Major League Soccer, he played 39 matches for Sierra Leone, with 7 goals, and scored the winning goal that helped the Sierra Leonean team qualify for the just concluded 2022 Africa Cup of Nations in Cameroon.

This is the third time, Kamara has announced his retirement from international football, in November 2019 he made an announcement of quitting to play for Sierra Leone saying he was unhappy with the slow progress of the national team. He did the same in October 2015, because he said national team players were not respected and treated fairly.

He ended his statement by thanking the whole Sierra Leonean community for allowing him to get a chance to represent his motherland.

“Thank you Sierra Leone for letting your son live a dream – a dream that’s not only mine but also one of many Salone people, at home and abroad. I will continue to serve you in any way that I can. I wish Leone Stars all the best, and I cannot wait to celebrate with you every step of the way,” said Kamara.

Kamara is among the top 5 leading goal scorers in the MLS, he has 131 goals, and 47 assists after playing 368 matches with 9 different clubs.