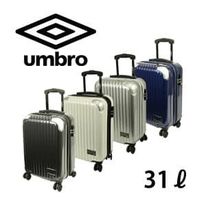 The Secretary-General of the Sierra Leone Football Association (SLFA), Chris Kamara has in a radio interview confirmed that all the 28 players that represented the Leone Stars national team at the Africa Cup of Nations in Cameroon must return their Umbro suitcase given to them, or their bonuses of USD 1,000 each will be seized.

This comes a few days after a government official donated the sum of USD 28,000 to the players as they went out there to represent the nation and gave their best. Each player was supposed to receive USD 1,000, but the report has shown that Chris has not yet given certain players, especially the foreign-based their monies, insisting that they must return the suitcase.

However, the Team Manager of the Leone Stars, Babadi Kamara, has opposed this decision by Chris, saying that he has never seen such anywhere in the world and if it continues it will destroy the image of the country.

“How on earth, will you seize the money of players that have represented your country for a briefcase that cost less than USD 100. This is a decision that was taken by just one individual, this is not the decision of the team officials,” he stated.

He, therefore, asked that the authorities take action and stop this whole saga or else it will send a bad signal to the players, and the motivation they have to represent the country will die.

According to a publication by Sierra Loaded, one of the affected players, Alhaji Kamara expressed his frustrations after all that they went through just to represent the nation and the SLFA is here demanding they return a suitcase that cost USD 50 or their money being seized.

There has been no official release yet from the SLFA about the issue and people in the public are deeply concerned about it, as they have taken to different social media platforms reacting and discrediting the decision.