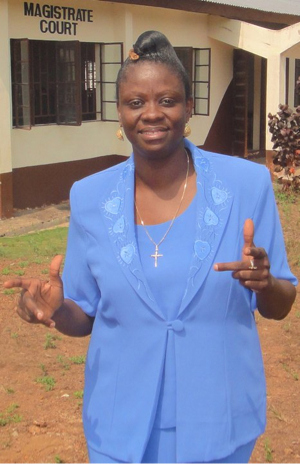 Journalism is powerful and radio journalism even more so in Sierra Leone. Today an interview on Radio Democracy 98.1 has ended (for now) the political careers of the Minister & Deputy at the Ministry of Social Welfare, Gender, and Children’s Affairs.

Rugie Neneh Turay (Dep Min of Social Welfare) appeared on Good Morning Sierra Leone to let the people know that there were issues with the books at the the Ministry where she serves as deputy. She explained how relationships at the Ministry were more or less a mess under the leadership of the Minister. She said 5 different Permanent Secretaries had come and gone in just 10 months.

In a later segment of the show the Minister of Social Welfare was called on air to respond to the claims made by Ms. Turay. Two important issues that Turay highlighted were that the Minister had influenced the budget and accounts delivered to parliament, and that the docs mentioned she had received 180 liters of fuel a month which she hadn’t. 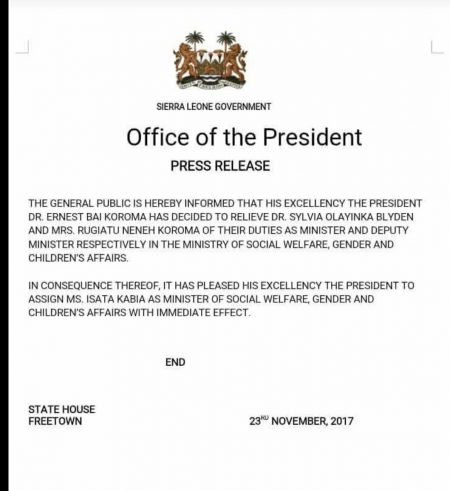