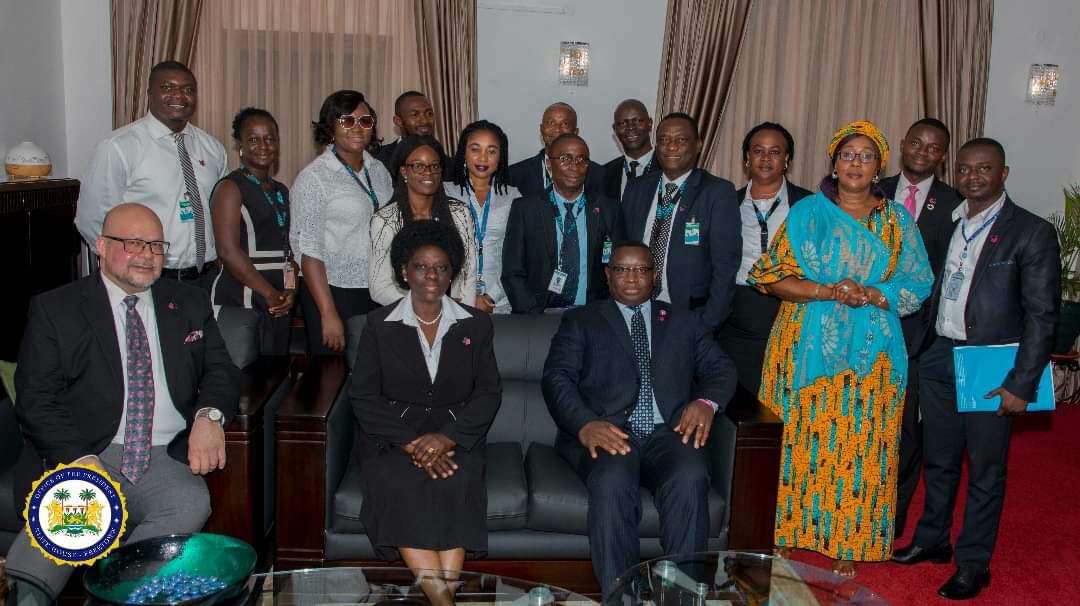 Tuesday 21 May 2019, UNWomen paid a courtesy visit to decorate His Excellency President Julius Maada Bio as a HeForShe Ambassador and also to commend his stance on rape and all forms of violence against women in Sierra Leone.

The ‘HeForShe’ campaign is an open invitation for all men and people of all gender to stand in solidarity with women to work as a United force for gender equality. The initiative goes with a positive notions that men and women should work together, build businesses, raise families and give back to their communities 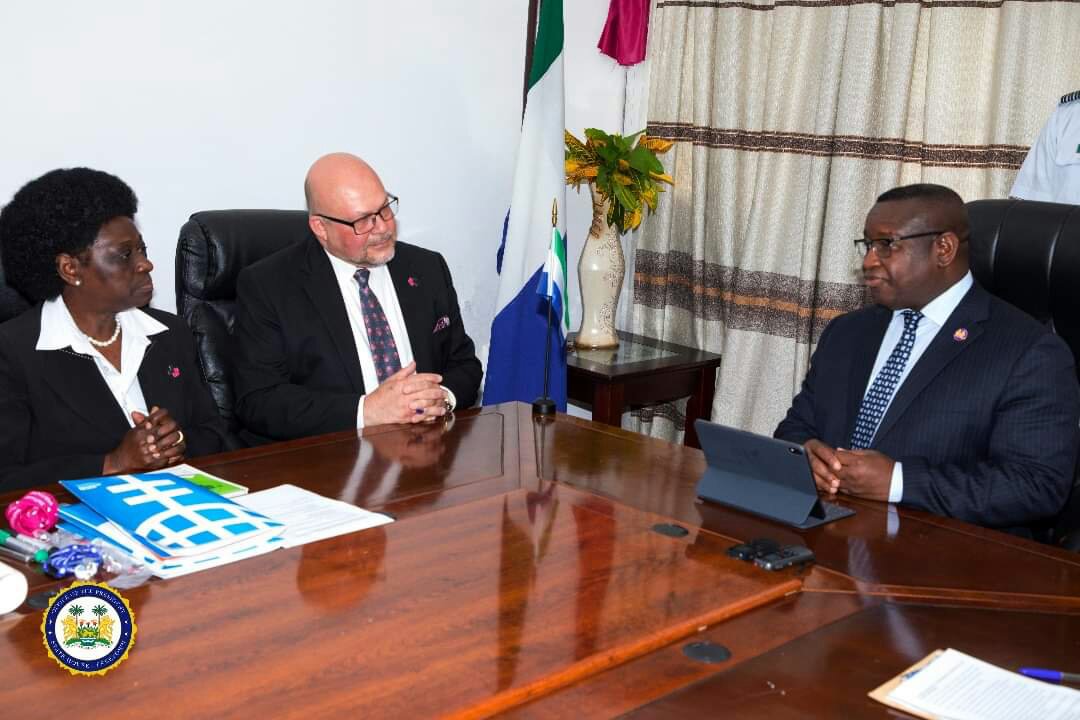 UN Resident Coordinator, Sunil Saigal, said he was thankful to the President for receiving the delegation. He said they were there to present him with the pin for the ‘HeForShe’ campaign, noting that the President had already set the notion in the country for men to speak out for gender equality and for the empowerment of women. He said they were aware of the President’s initiative to end gender-based violence, adding that that was an extremely important component in the campaign.

Country Representative for UNWomen, Dr. Mary Okumu, said it was an honour to meet the President and endorsed his good work on the promotion and protection of the rights of women and girls in the country. She pointed out that the National Declaration of a State of Emergency on Rape and Sexual Violence against Women was a welcoming move by the government and assured that that was top on the UN Agenda in SierraLeone.

She disclosed that they were looking at bringing to the country a forensic laboratory that would make it possible for evidence to be brought in court on cases of rape and related violations, adding that they were also working with the judiciary to train Judges and Magistrates dealing with cases of sexual offence. She said ten Heads of State had already signed up to the campaign and that President Bio would become the eleventh to sign up for the protection of women and girls. 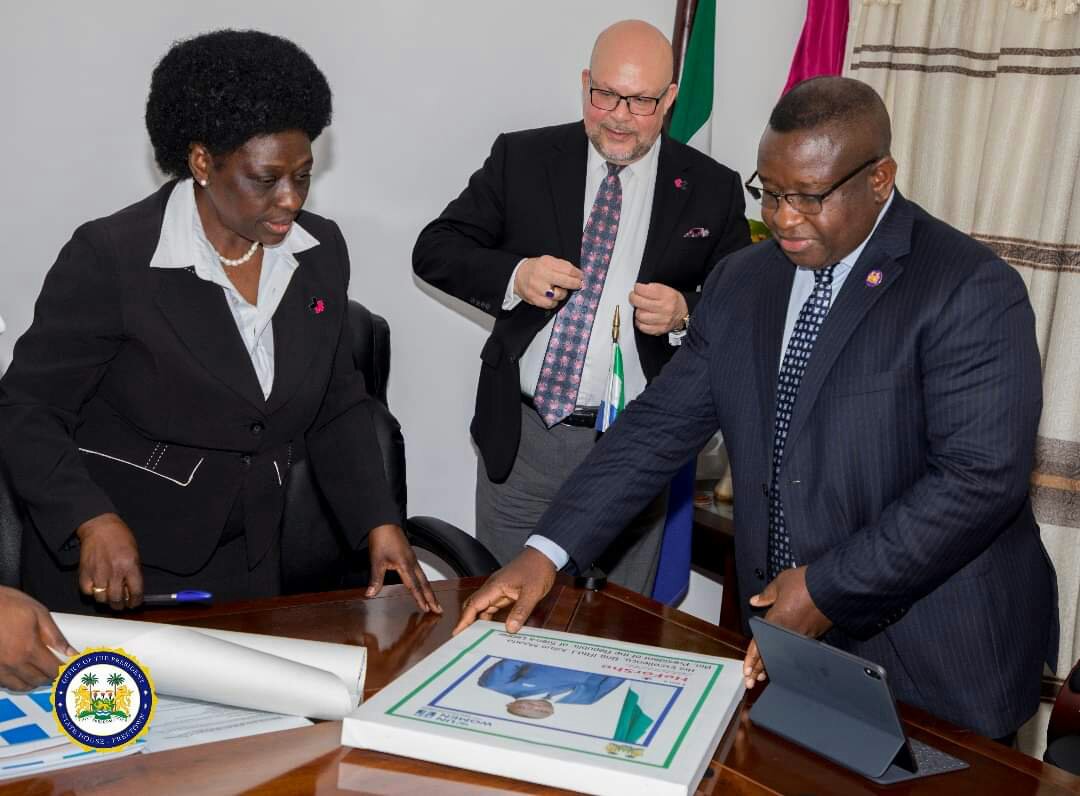 In his response, President Bio said he was happy to sign up as one of the Heads of State that were concerned about the protection of women’s rights. He said he was genuinely concerned about everyone in the country, noting that women constitute the greater number of the country’s population and therefore it was right to bring women as part of the development process.

He recalled that for a very long time a lot of cultural and societal strictures had limited the potentials of women in the country, adding that there was the need to unleash the potential of everyone and not only men, because women could also provide some of the strongest pillars in society.

”I have decided to declare a National Emergency on Rape because I was moved by the figures which were becoming alarming. The degree of inhumanity was becoming unbearable, so we had to step in. We are now working to cascade the message down to the rural areas and make the necessary awareness. We now need the technical support and we will put mechanisms that will serve as a deterrent to people engaging in those wicked practices,” he assured.

Everything you need to know about Bintumani III

Sierra Leone’s VP responds to questions on the...

Sierra Leone: Let bygones be and the gates...

A look at Sierra Leone’s road to Telecommunications...