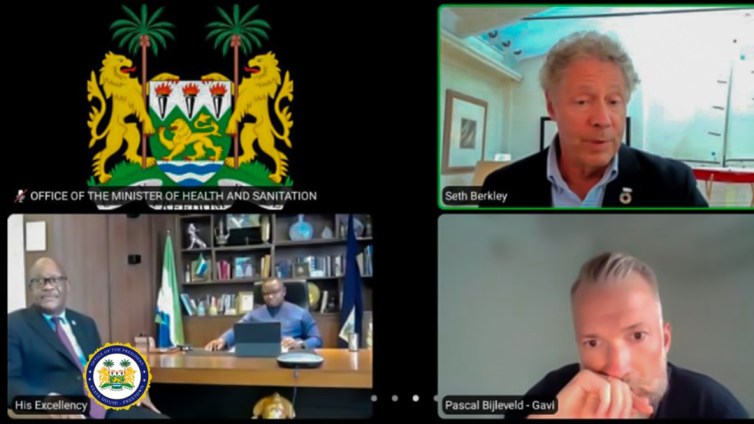 His Excellency President Julius Maada Bio and Minister of Health and Sanitation, Dr. Autin Demby, have concluded a teleconference with Dr. Seth Berkley, CEO of Gavi the vaccine alliance, resulting in the agreement to deliver another consignment of vaccines very soon. The President said he appreciated the call and the continued support to Sierra Leone through the COVAX facility, adding that he was particularly grateful for Dr. Berley’s personal engagement with his government, especially relating to their routine immunisation services through GAVI.

The Ambassador of the Islamic Republic of Iran to Sierra Leone, A. Khosravinezhad, has informed the Minister of Tourism and Cultural Affairs, Dr. Memunatu Pratt, that instructors from Iran will be in Sierra Leone to train people on handicrafts. The Ambassador made this disclosure during his second visit to Minister Pratt at the Ministry’s Head Office in Freetown.

MFS Africa has announced that it has made its entry into Sierra Leone, partnering with Afrimoney, the Pan-African telecommunications leader Africell’s mobile money service. The partnership will enable mobile money users in the country to receive payments from abroad smoothly and affordably, the companies say.

The Human Rights Commission of Sierra Leone [HRCSL] with funds from UNDP and Irish Aid on Friday, July 16, concluded a round trip to Port Loko, Koinadugu and Kono districts for the establishment and training of school club members and teachers coordinators. This adds to the existing Human Rights & Peace Clubs in Western area [urban / rural], Kenema, Bo and Bombali districts.