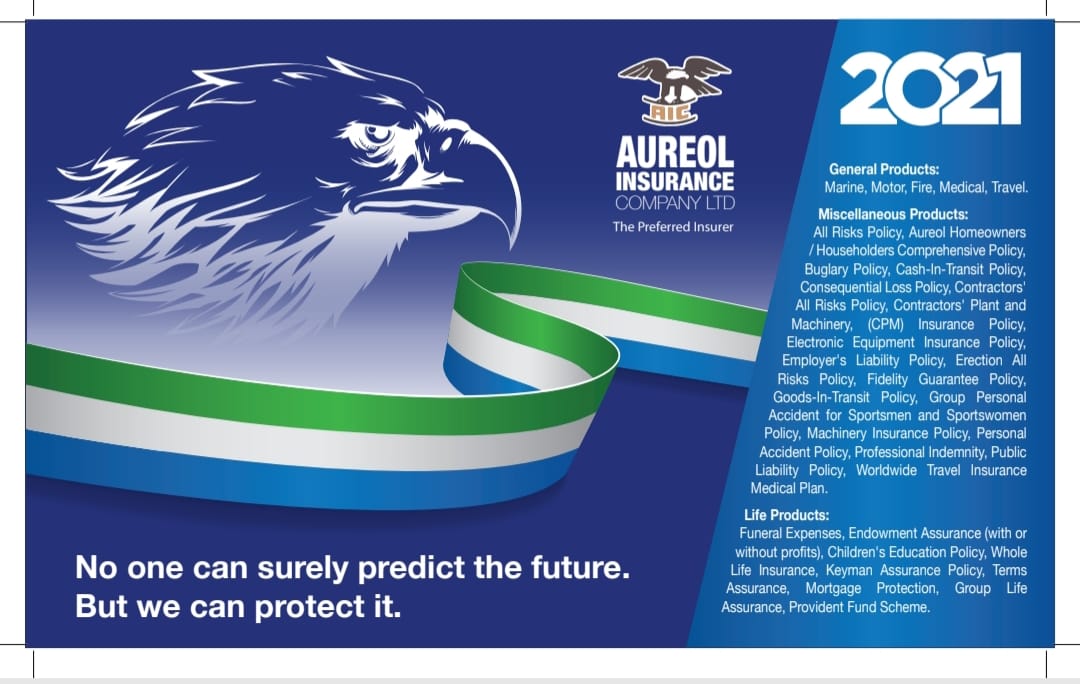 The Managing Director of Aureol Insurance Company Limited, Mr. Raymond Macauley on Thursday 15, July 2021 revealed that the company held its 34th Annual General Meeting virtually on Friday 9, July 2021 at which event the newly-elected Chairperson, Mrs. Jennifer Renner-Thomas disclosed that despite the grappling shock and far reaching socio-economic consequences of the Covid-19 pandemic, the company made a Gross Written Premium of Le 32.129 billion as compared to Le 31. 122 billion in the previous year.

During 2019, the Freetown City Council made payments over Le 200 million [ Le 200,942,333] for air tickets and per diems to individuals that are not staff of the Council, according to findings from the Auditor General’s [AG] report. In her 2019 Annual report, the AG stated that Council failed to submit back to office reports and evidence of transfer of knowledge to Council staff regarding the travels undertaken for audit inspection.

ACC indicts Former Minister on the Counts of Failure to Declare Assets, Income and Liabilities

The Anti-Corruption Commission [ACC] has on July 8, 2021, filed an indictment against Alimamy Kamara, on Nine [9] Counts of Failure to Declare Assets, Income and Liabilities while he was Member of Parliament, Minister of Youth Affairs and Sierra Leone’s Ambassador to the Islamic Republic of Iran, respectively, between 2008 and 2018, the ACC said in a statement on Thursday.

July 14, 2021 – Children learn more and are more likely to stay in school if they are first taught in a language that they speak and understand. Yet, an estimated 37 percent of students in low-and middle-income countries are required to learn in a different language, putting them at a significant disadvantage throughout their school life and limiting their learning potential. According to a new  World Bank report Loud and Clear: Effective Language of Instruction Policies for Learning, effective language of instruction [LOI] policies are central to reducing Learning Poverty and Improving other learning outcomes, equity, and inclusion.