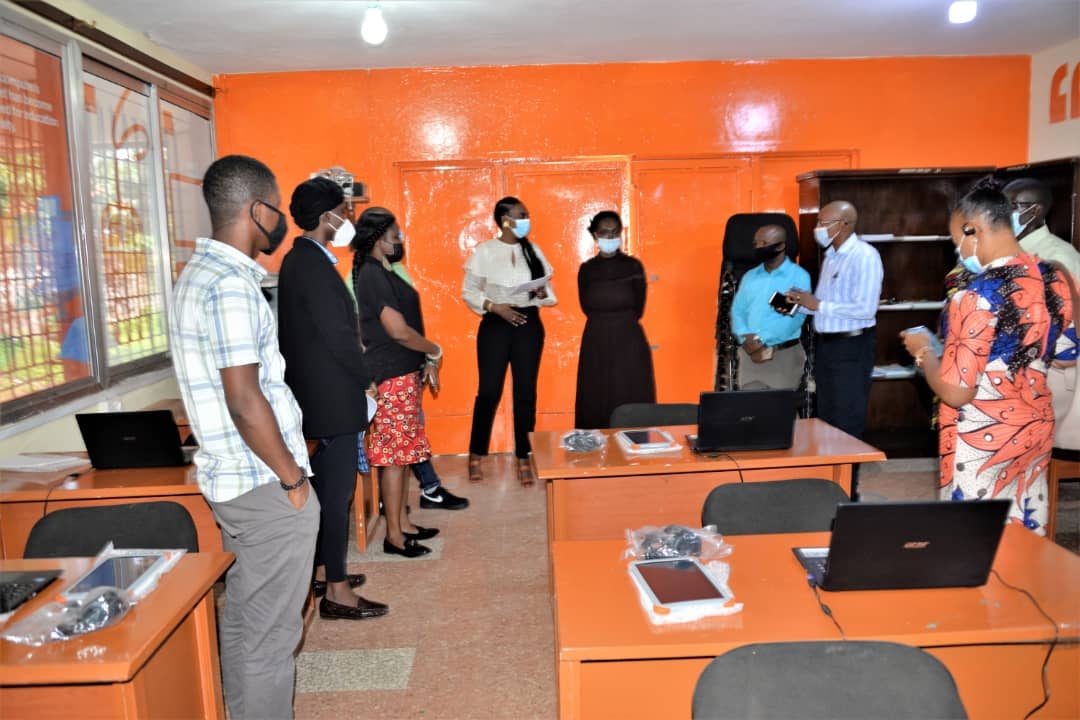 Orange CEO Aminata Kane Ndiaye Visited National Youth Commission for a conducted tour at the newly setup Women’s Digital Center at the basement of the National Youth Commission office at Stadium Swimming Pool, Freetown. At the Center, she was received by NAYCOM staff led by the Deputy Commissioner, Mr. Emerson Kamara and the Programs Manager, Mr. Momodu Wudie who welcome the team from Orange [SL] led by their CEO Aminata Kane Ndiaye.

The Government of Sierra Leone since May 2020 has been subsidizing fuel cost so as to keep the price at Le 8,500 per litre. The Government has intervened by injecting Le 66 Billion during this period and Le 17.4 Billion in January 2021 to support the pump price stabilization. This was made known at the Ministry of Information and Communication Conference Room by the Director of the Petroleum Directorate, Dr. Baluwa Koroma. Dr. Koroma said the Government has kept the price as low as Le 7,000 and that since May 2020 to June 2021 Government has intervened by Le 132.11 to stabilize the pump price.

Parliament on Wednesday June 23, passed The Cybercrime Bill into law. This was a historic moment for Sierra Leone, as for the first time the country is having legislation purely to regulate cyberspace. The Bill attracted bipartisan support in the Well of Parliament as all concerns geared towards protecting people’s privacy were addressed. The Minister of Information and Communications Mohamed Rahman Swarray who championed this digital legislation was so elated in achieving this great feat.

Chairman of the Sierra Leone National Olympic Committee, NOC, Dr. Patrick Coker, has presented a letter of invitation from the International Olympic Committee, IOC chairman, Thomas Mark, to His Excellency President Julius Maada Bio, saying they will be honored with his presence. Introducing the delegation to the President, Minister of Sport, Ibrahim Nyelenkeh, said the NCC executive had gone to brief the State House about the upcoming International Olympic Games slated for July this year in Tokyo, Japan.