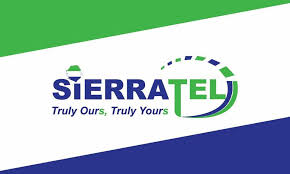 The Minister of Information and Communications who doubles as government spokesperson, Mohamed Rahman Swarray has made it clear to the public that the Government is set to privatize Sierra Leone Telecommunications (Sierratel). According to the minister, he has prepared a cabinet paper on the necessity for the only state-owned telecommunications to be privatized. He stated that successive governments have spent huge amounts of money on the company through loans, but Sierratel is not growing as expected.

The recent International Monetary Fund (IMF) Country Report No. 21/90, has stated that in Sierra Leone the bulk of the country’s capital spending has been directed to infrastructures such as roads, energy, water and sanitation. Roads account for an estimated half of the country’s capital stock (49 per cent), consisting largely of city roads, as well as trunk roads that connect Freetown with the four provincial capitals. Many of these roads are still undergoing rehabilitation.

Sierra Leone national swimming team will be amongst 54 African countries to participate in the upcoming CANA Junior/Senior Swimming and Open Water Championships to be held in Ghana in October this year. According to the Secretary-General of the Sierra Leone Swimming Association, Mohamed Turay, the team is going to compete in the championship after they should have returned from the Olympic games in Japan and he said they are going to the competition to win medals, especially Gold medals.

Freetown and Makeni to experience shortfall in electricity

The Management of Electricity Distribution and Supply Authority (EDSA) has said in a statement on Friday, May 14, 2021,  that the annual maintenance work at the Bumbuna Hydroelectric Power Dam will commence on Monday, May 17, 2021, and will last for 10 days. In that light, the EDSA management states that there will be a shortfall in the distribution of electricity in Makeni and Freetown. So there will be a rationing of electricity between the two cities.

The Attorney General and Minister of Justice, Anthony Brewah has informed the United Nations Human Rights Council that the cabinet has approved the abolition of the death penalty in Sierra Leone. At this stage, it just remains for the parliament of Sierra Leone and if approved the country will be the latest African nation to abolish the death penalty since Chad outlawed it in May. In 2006, former President Ahmed Tejan Kabba announced that the death penalty would no longer be used but retained in the books to serve as a deterrent to criminals.