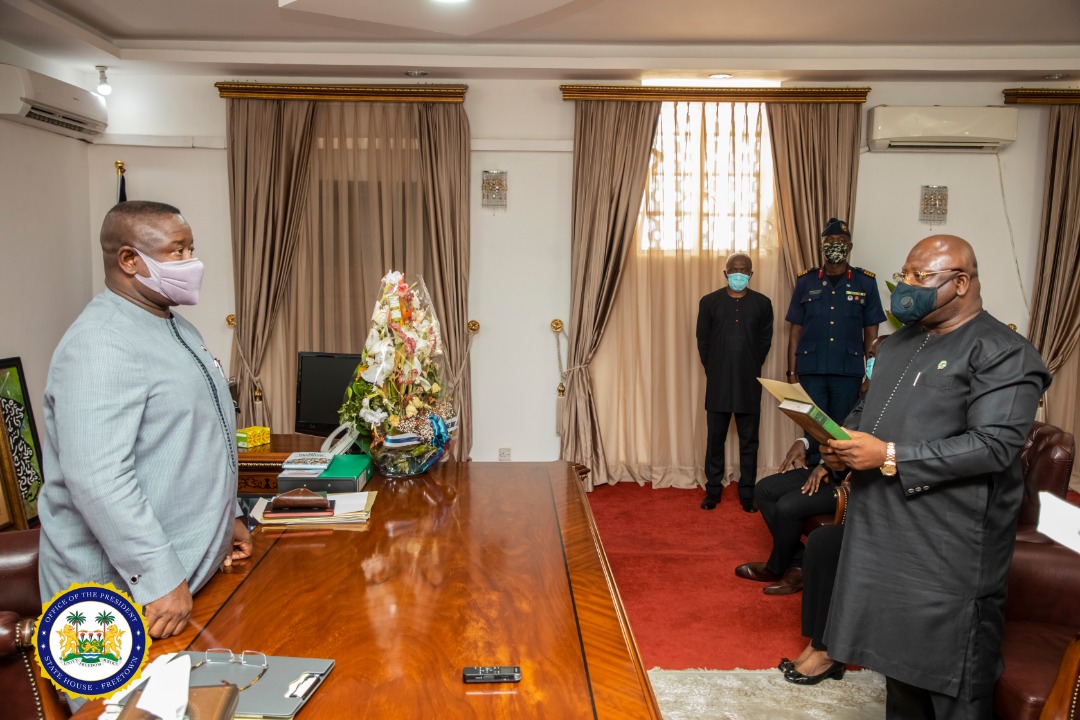 The new Minister of Agriculture, Forestry, and Food Security, Dr. Abu Bakarr Karim has subscribed to the oath of office before President Julius Maada Bio at State House in Freetown. The president congratulated the new minister on his assumption of office, he states that the sector he is leading is a major component of the Human Capital Development program of the New Direction government. He further noted that as a country, Sierra Leone is struggling to feed its people so he challenged the new minister to ensure that food security was a priority.

The Federation International de Football Association (FIFA) President, Gianni Infantino, and the Confederation of African Football (CAF) President, Dr. Patrice Motsepe, on Wednesday, May 5, 2021, paid a courtesy call to President Julius Maada Bio at the State Lodge in Freetown. During the meeting issues relating to football were discussed and promises were made on improving the country’s football infrastructure so that the African Cup of Nations could be hosted here.