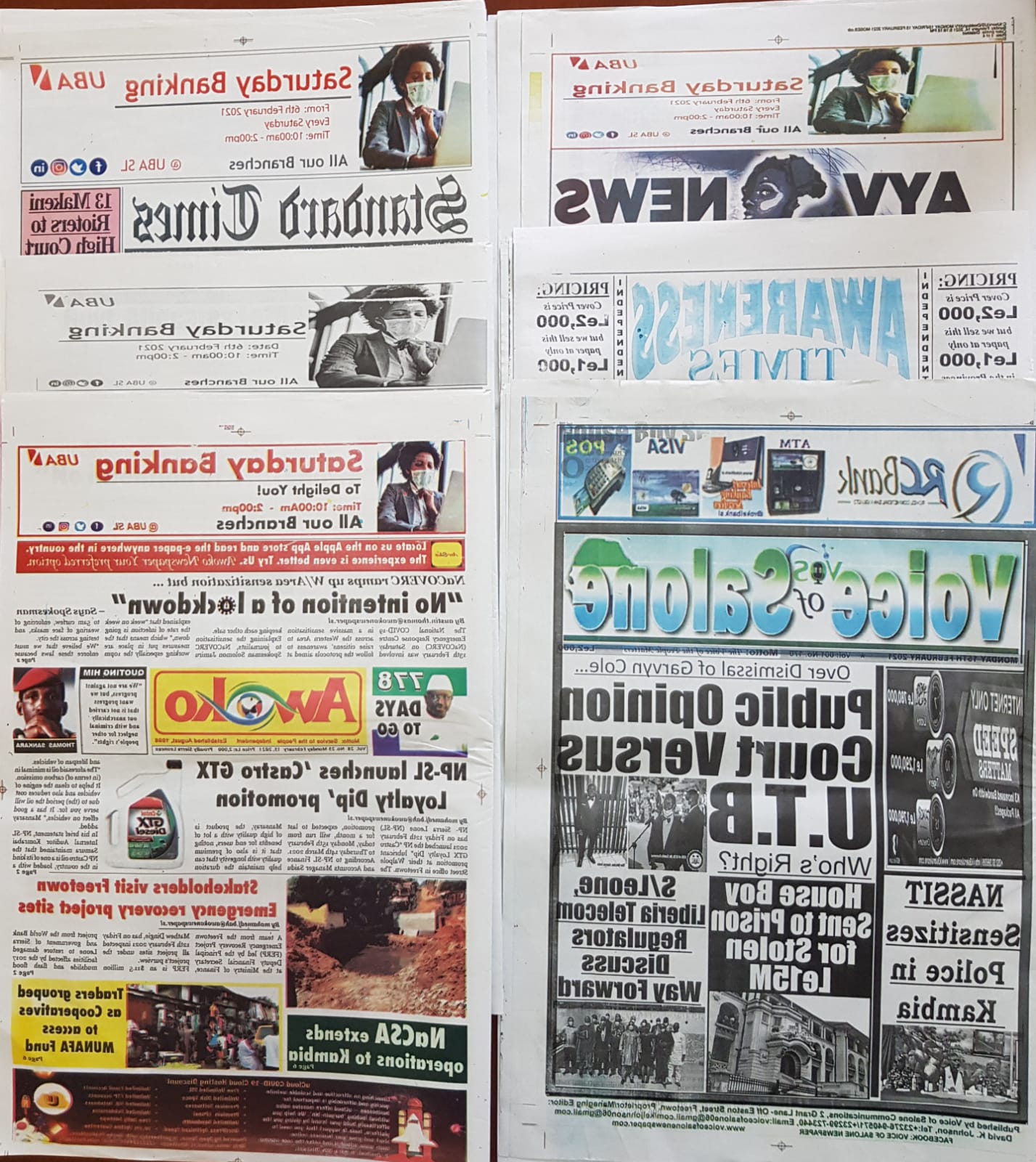 The Ministry of Health and Sanitation in collaboration with its partners on Friday, April 23, 2021, commemorated the World Malaria Day in Sierra Leone. World Malaria Day is a day set aside to raise awareness on malaria, the theme for this year’s celebration is “Zero Malaria Draw the Line Against Malaria.” Dr. Anthony Sandi, the Deputy Minister of Health and Sanitation was the keynote speaker of the event held in Freetown, during his statement he launched the Sierra Leone National Malaria Elimination Strategic Plan as Malaria is already a disease burden on the country.

On Wednesday, April 21, 2021, the World Vision Sierra Leone under its sustainable Water Project (WASH Project) handed over two water projects to the Guma Valley Water Company for the ola During and the Princess Chriatian Maternity Hospital at Fourah Bay Road, Freetown. The project is part of World Vision’s Covid 19 response program and it will help mitigate the frequent water shortage affecting the hospital, as recent reports have shown that the hospital has been in operation without water supply and other basic needs.

The Sierra Leone Premier League Board has held a one day refresher training for all Premier League coaches as the league commenced on Friday, April 23, 2021. The training focuses on the rules and regulations of the game. Coaches were given tactics on attacking, defending, and ways to get the best out of players. Facilitators of the training were John Keister, Leone Stars head coach and Abdul Rahim Sanusi, CAF certified Referee instructor.