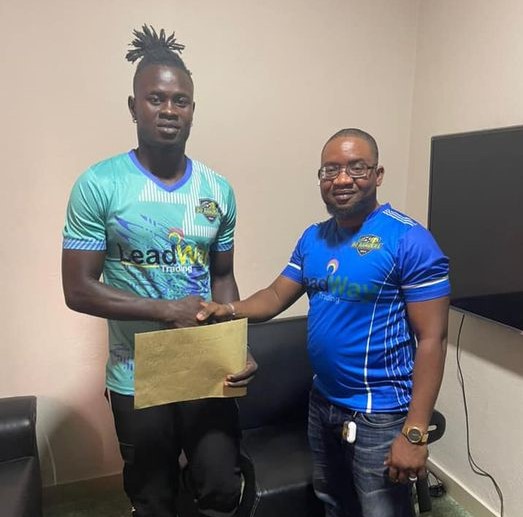 The Bo Rangers Football Club has reached a deal with East End Football Club for the signing of 20-year-old striker Musa Noah Kamara, also known as Musa Tombo. The striker is going to Bo Rangers FC under the terms of SLL 50 million and a swap of two players, midfielder Nathaniel Anderson who is valued at SLL 100 million and defender Mohmand Gas Kamara who is also valued at SLL 75 million. Also, should there be any international deal for Tombo, Bo Rangers will give 20 percent share of the fee to East End Lions. This deal makes Tombo the most valuable player in the Sierra Leone Premier League with a signing record of SLL 225 million.

Government expects inflation at 10.5 percent by the end of 2021

The Minister of Finance, Jacob Jusu Saffa has confirmed that the government is putting efforts in ensuring that by the end of 2021, the country’s inflation rate remains at 10.5 percent. That he said is an inherited inflation from 17.5 percent of the previous administration. He further said that despite the impact of the Covid 19 pandemic on economic growth, Sierra Leone has been able to spend USD 40 million on all government activities including ensuring a steady flow of supply chain, payment of salaries, recruitment of health workers, teachers, improvement of salaries and wage bills and others. He finally disclosed that the government has injected USD 50 million to ensure that citizens don’t experience what he called “shortage in the supply of commodities.”

The Directorate of Health Security and Emergency (DHSE) in the Ministry of Health and Sanitation, has on Wednesday, April 7, 2021, launched the Ebola Virus Disease (EVD) Preparedness and Contingency Response. The plan is targeting two different phases of priority actions, of which phase one aims is to be implemented in the next three months is to enhance the capacity to be operationally ready to respond should there be any importation of EVD cases and phase two is to scale up preparedness actions to ensure sustainability of the operational readiness capacity.

Chinese People’s Liberation Army donates 40,000 Covid 19 vaccines to RSLAFAs part of the continued support in the fight against Covid 19, the Chinese People’s Liberation Army, on Thursday, April 8, 2021, donated the total of 40,000 doses of Covid 19 vaccine to the Republic of Sierra Leone Armed Forces (RSLAF). The handing ceremony was done by the Chinese Ambassador to SIerra Leone, His Excellency Hu Zhangliang and it was done at the Ministry of Defence in Tower Hill, Freetown. The consignment also had 41,600 syringes as part of the donation.