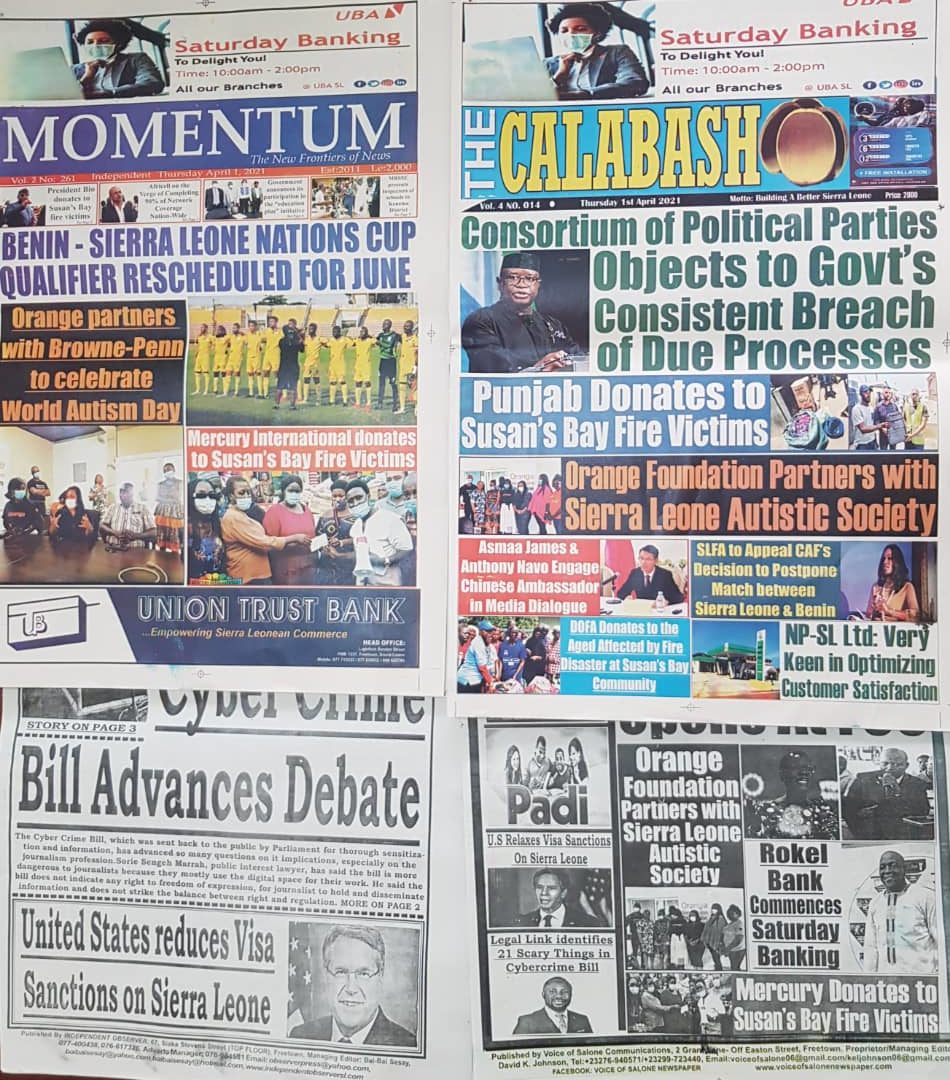 The Sierra Leone vs Benin Africa Cup of Nations Qualifier match which failed to take place on Tuesday, March 30th has been rescheduled to June during the next international window. The match was cancelled as a result of the Benin team refusing to step down from their bus due to five players of their team testing positive for Covid-19. The Benin team claimed that all their staff and players conducted their Covid-19 test before they left Benin and it was not possible for them to be positive.

The Sierra Leone Football Association (SLFA) has in a news release stated that the CAF Organizing Committee of the African Cup of Nations has not stated the yardstick it used to arrive at the decision to postpone Sierra Leone vs Benin match to June 2021. SLFA made reference to Articles 83, 84, 85 of the AFCON Regulations governing issues around failure to report for a match and/or refusal to play and they have resolved to appeal the decision of the AFCON Organising Committee.

The Consortium of Progressive Political Parties (COPPP) has on March 31st, 2021 stated in a news release the Government is attempting to force Mid-Term Census despite indications that Statistics Sierra Leone not having enough time to conduct a professional and credible census nationwide.