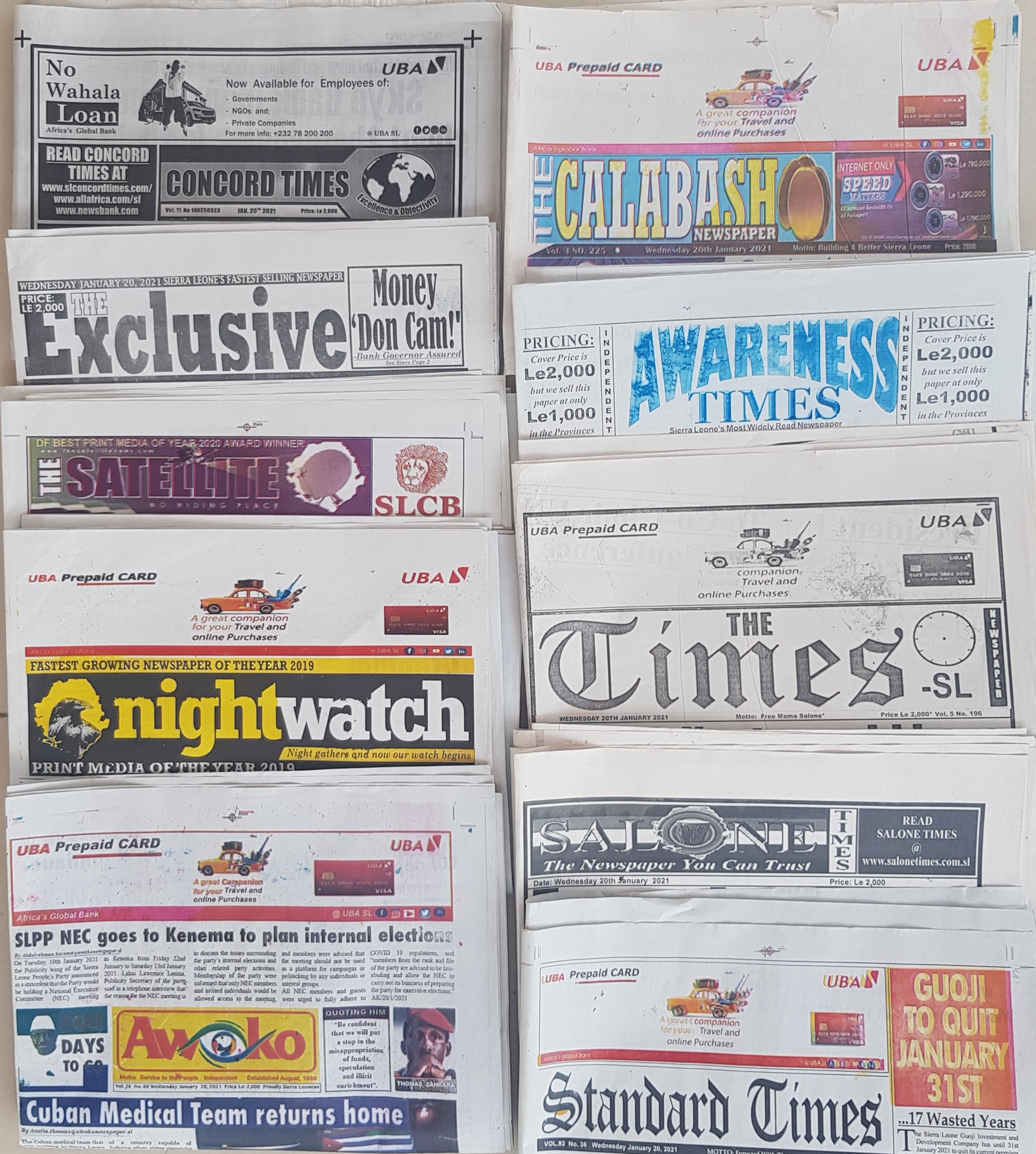 The National Covid 19 Emergency Response Center (NaCOVERC) has lifted the temporal ban imposed on ongoing football tournaments in the country. The decision was made after a meeting with NaCOVERC, the Western Area Football Association (WAFA), and other key sport stakeholders. About a week ago NaCOVERC slammed a ban on all ongoing leagues after the organizers broke Covid 19 measures by allowing spectators at football stadiums.

Over 6,000 farmers to benefit from mechanized techniques

The Project Coordinator of the Regional Rice Value Chain Project, Abdulai Bun Wai has revealed that as part of the project they are going to support and train over 7,000 farmers through the agribusiness companies identified in the project locations. He said this while explaining the objectives of the Sierra Leone Regional Value Chain Project, during the second National Steering Committee meeting in the Ministry of Agriculture. This training will target 5,000 farmers from Bonthe and 2,000 from Kambia District.

The Sierra Leone Water Company (SALWACO) has boosted water accessibility in Kenema by commissioning 21 water kiosks across deprived communities. The new kiosks will provide water supply in these areas at an affordable cost. This project has been done in line with the government’s commitment to providing water supply for the people of the state.

European Union (EU) and The Economic Forum (TEF) have just concluded a 5 days intensive training program on environmental and climate change reporting for both print and electronic media practitioners across Sierra Leone. The training program focuses on raising awareness on the cause and impact of climate changes as well as mitigation measures.