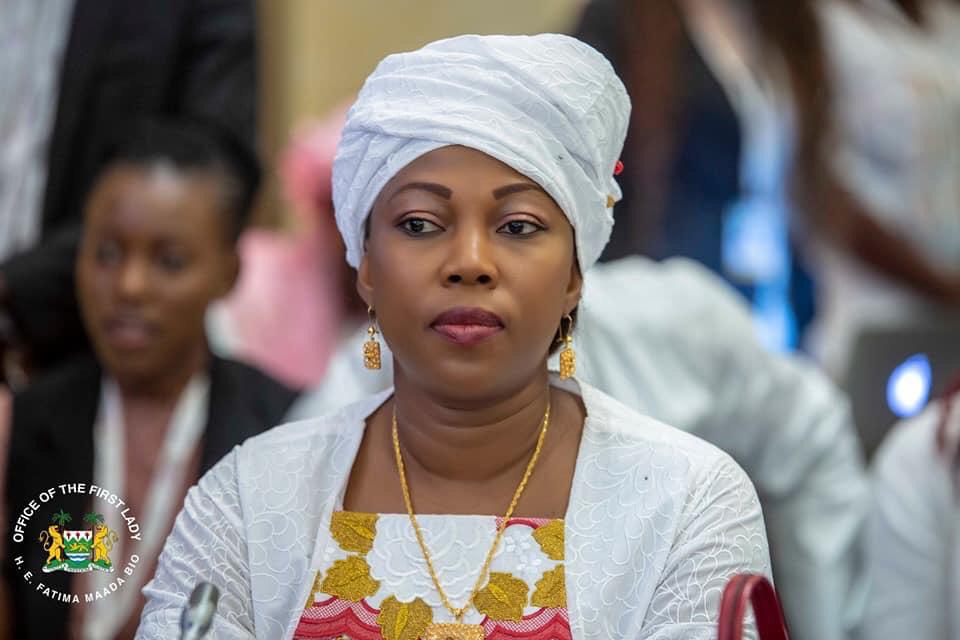 The First Lady of Sierra Leone, Madam Fatima Bio, on Monday, January 18, 2021, reacted to accusations of using the state for her personal activities.

Her reaction came after she had faced serious criticism on different social media platforms over the use of state funds to sponsor her personal activities without getting either parliamentary or constitutional approvals.

In a Facebook live video, she explained that her office, The office of the First Lady is under the office of the President and that it wasn’t created by President Julius Maada Bio, but has been in existence for years. So the activities undertaken in the office will be fully funded by the government.

Nevertheless, she further explained that the funds used are for government flagship programs, like the “Hands off our girls” campaign and that she never spent state funds for her personal activities.

“The First Lady is responsible for all State Social events, like ‘Hands Off Our Girls.’ I have always said I will not use my personal money for state functions. If I want to use my money I will use it for charity. I am proud to say I do it with pleasure,’ said Madam Bio on a Facebook post.

On the same Monday, The Africanist Press published an article that accused the first lady of illegal spending. The article shows that financial records from her office show detailed evidence of expenses from June 2018 to December 2020 that were charged directly from the country’s Consolidated Revenue Fund (CRF) to fund her private activities.

Account records held by the Bank of Sierra Leone disclosed that a total of SLL 29,721,905,000 (USD 2,972,000) was disbursed from the CRF into the bank accounts of the Office of the First Lady between the period stated above.

The editor of the Africanist Press, Chernor Bah further posted different receipt and cheque numbers based on how the transactions were done.