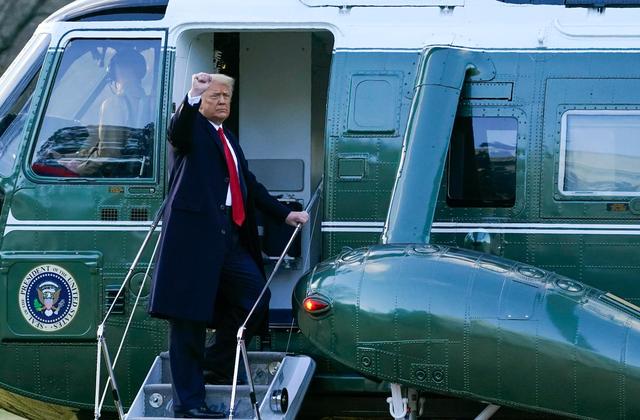 Outgoing President Donald Trump has departed the White House for the last time as President of the United State of America.

Trump is leaving the white house ahead of the inauguration of President-elect Joe Biden. He left the presidential residence with his wife, Melania Trump, boarding the Marine One helicopter. Before flying to his resort in Florida he sent out a farewell message to his supporters and the new Biden’s administration.

“It is my greatest honor to have been your president, I will always fight for you, I will be watching, I will be listening and I will tell you that the future of this country has never been better. I wish the new administration great luck and great success,” said Trump at the Andrew Airbase, Maryland.

Later today, President-elect Biden will be sworn into office as the 46th President of the United State. His Vice President Kamala Harris will also take an oath of office, as she becomes the first woman to hold the position.

However, thousands of security personnel have been seen across the country, as a pro-trump riot was seen at the Capitol earlier this month.