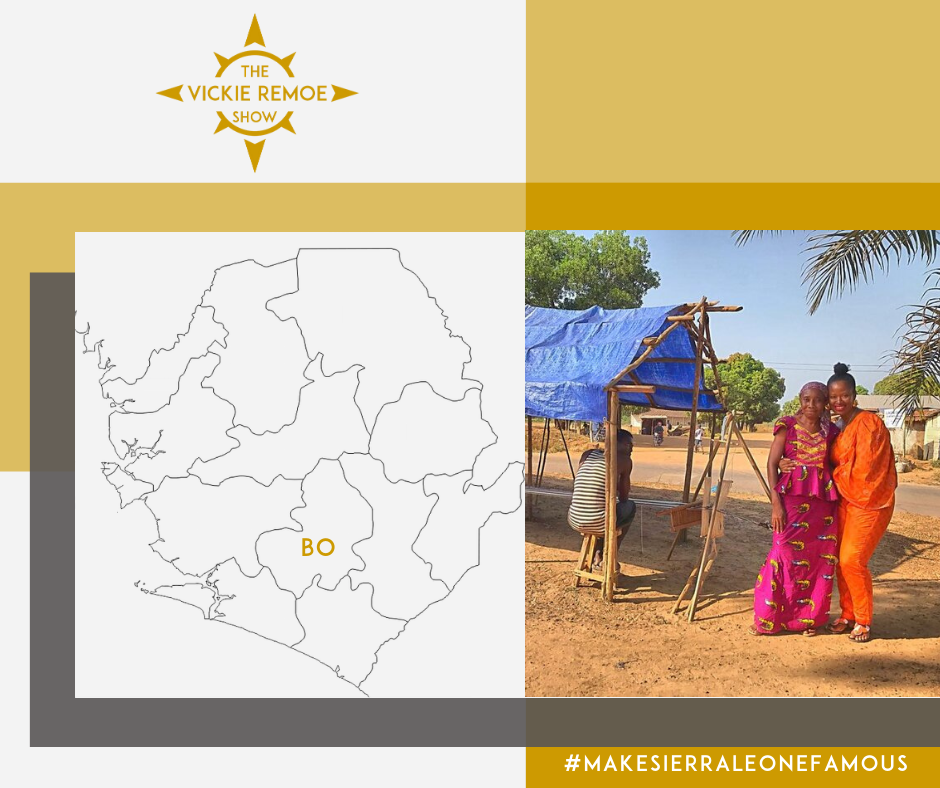 Coming from the northern side of Koinadugu, we head up straight to the south side of Bo District on the Vickie Remoe Show. Bo is the fourth most populous District in Sierra Leone, with a population of more than 500 thousand people.

In this episode of the show host, Vickie Remoe features three self-dependent women, who are engaged in life skills professions like garri processing, country clothes designing, and cooking. She also takes a road tour to the Bo mini stadium and the environs of the district.

Here are 5 lessons learned from this episode.