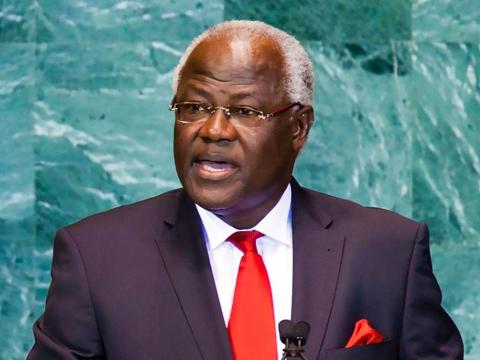 The meeting was scheduled for the former president to answer allegations of corruption and embezzlement of state funds during his term of office as stated in the white paper report of the Commission of Inquiry, but he never showed up.

In September this year, the three Commission of Inquiry which investigates Koroma’s term of office released a government white paper that gives findings on how state funds and resources were misused by the former president and his compatriot. The white papers recommend that all persons of interest must be investigated by the ACC and they must pay back all misused funds.

In this light, the ACC is working as per the recommendation of the white papers and it’s investigating all the persons of interest. Representing him today at the commission’s office is his legal team led by former Attorney-General & Minister of Justice, Joseph Fitzgerald Kamara and the meeting has been postponed for another day. This is the third time a meeting with former President Koroma and the ACC has been postponed.

Earlier in October, residents of Makeni disrupted a scheduled meeting with the former leader at his home in the northern part of the country. These locals used obstacles like sticks, tires, stones to block the way leading to the house of the president, they also used secret societies to threaten the lives of a team of investigators from ACC.

So far his lawyer told journalists that the former president didn’t show up because they weren’t sure of his security and that he has been warned that if any conflicts happened during this process he will be held responsible. And the head of the ACC has said that they are considering issuing a warrant of arrest for the former president.