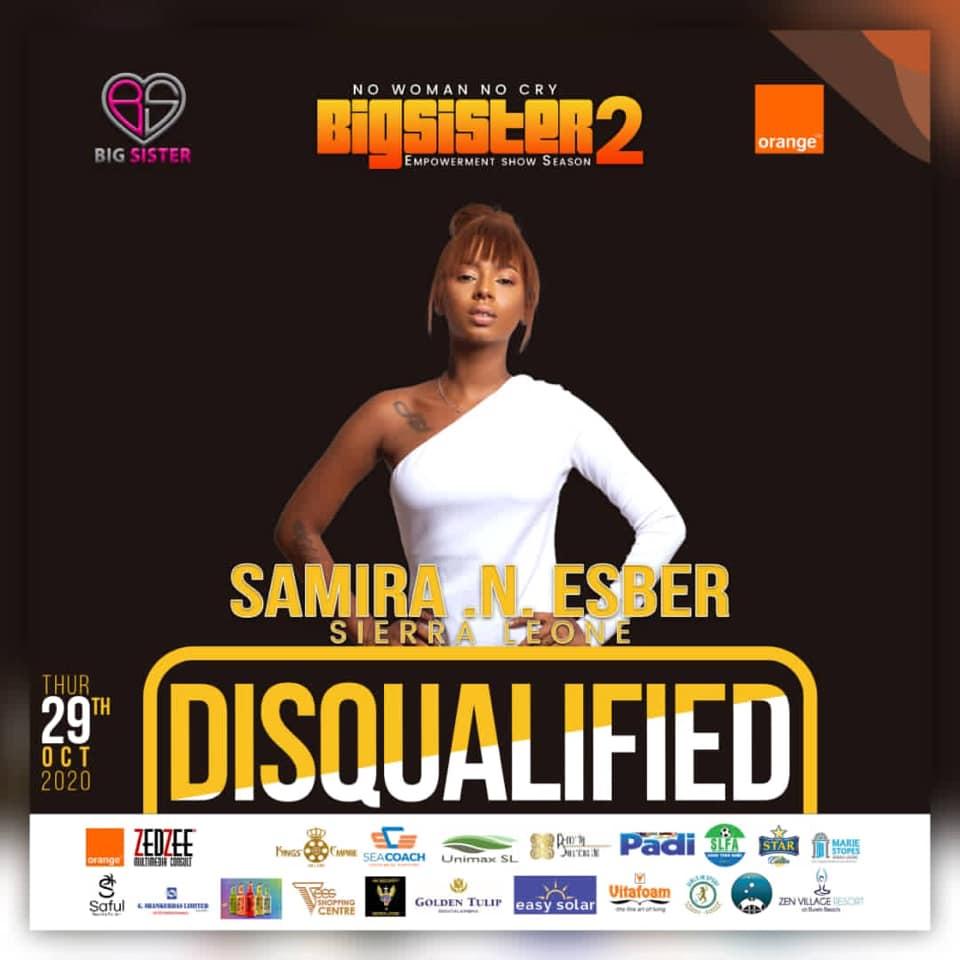 The disqualification came after different roommates had accused her of breaking the ground rules of the show, by sleeping (having sex) with male staff members of the show at the control room. She was accused of smoking and taking drugs within the village and she was also having access to a mobile device to monitor different online platforms.

These accusations were made in their secret/diary session at the “Bondo Bush.” Speaking with the ladies during this session Big Sister emphasized that the activities Samira was accused of doing are discrediting the authenticity of the show.

Earlier this week Samira and 10 other roommates had been nominated for possible eviction come this Sunday, September 1, 2020.