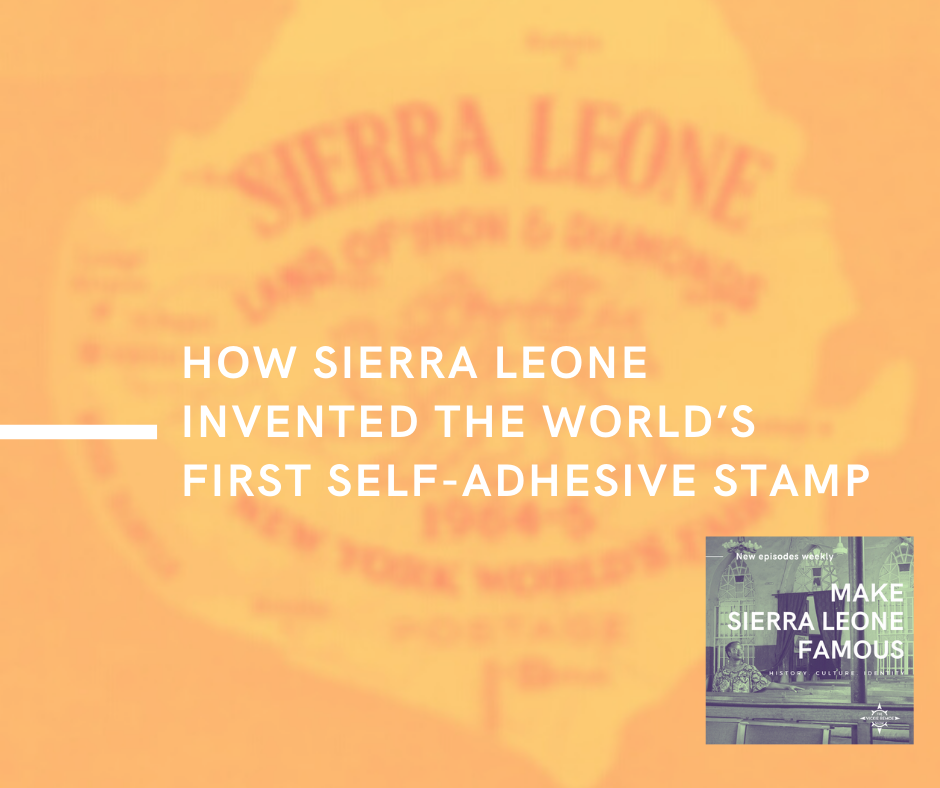 In the all-new episode of the Make Sierra Leone Famous Podcast: How Sierra Leone invented the world’s first self-adhesive stamp and Other Independence Years Stories, host Vickie Remoe is in conversation with Ade Daramy, a Sierra Leonean journalist and historian, who was born five years before the country’s Independence.

Remoe and Daramy discuss his life’s work documenting Sierra Leone’s history and excellence from Pre-Independence to Post. They also discuss the life of Sir Milton Margai, Sierra Leone’s first prime minister, and how he inspired the invention of the world’s first self-adhesive stamp. We also get Daramy’s first-hand account of the 1967 coup d’etat.

Below are 5 lessons learned from the conversation

Watch out for the second part of the conversation with Ade Daramy.
Listen to the all-new episode of the Make Sierra Leone Famous Podcast now available on Itunes, Spotify, and Google Podcasts.