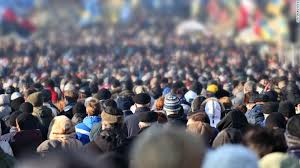 The World Health Organization has just declared CoronaVirus (COVID-19) a global pandemic. This declaration was done following the rise of cases to more than 121,000 people worldwide.

According to the W.H.O., an epidemic is defined as a regional outbreak of an illness that spreads unexpectedly. In 2010, it defined a pandemic as “the worldwide spread of a new disease” that affects large numbers of people.

The coronavirus has spread across more than 100 countries, and now qualifies as a global pandemic, World Health Organization officials have said.

WHO Director-General Dr. Tedros Adhanom Ghebreyesus said in a press statement at the Organizations headquarter in Geneva, Switzerland that in the past two weeks the number of cases outside China has increased thirteen-fold and the number of affected countries has tripled and they expect an increase in days to come.

Before the declaration Ghebreyesus said countries have demonstrated the ability to suppress and control the outbreak, scolding other world leaders for failing to act quickly enough or drastically to contain the spread of the virus.

The number of cases and deaths changes by the hour, topping 124,000 with at least 4,373 deaths across the world as of Wednesday morning, according to data compiled by Johns Hopkins University. Outside China, 32,778 cases across at least 109 countries had been confirmed as of 3 a.m. EDT Tuesday — up from four cases in three countries on Jan. 21, according to the most recent data confirmed by WHO, which tallies the world’s official case count.

The Coronavirus had been declared a Global Health Emergency by the World Health Organization 30 January 2020.