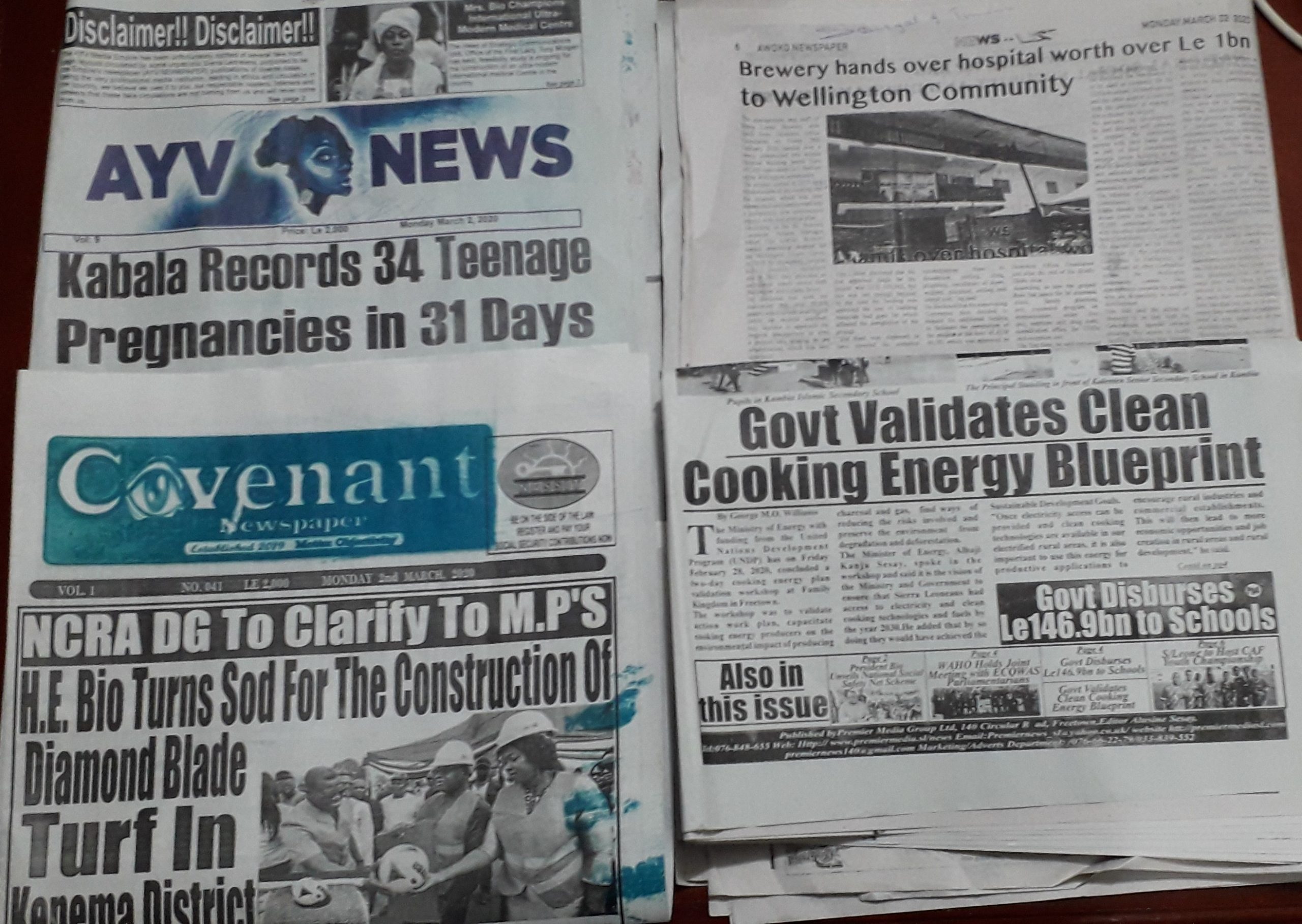 As part of the government commitment towards the Free Quality Education program, the Ministry of Finance in collaboration with the Ministry of Basic and Senior Secondary School Education has made a payment of SLL 146,927,817,600 as tuition fees for pre-primary, primary, junior and senior secondary school pupils in government and government-assisted schools. The payment is made for the 2018/2019 academic year and for the first term of 2019/2020 academic year.

Kabala records over 30 cases of teenage pregnancies in one month.

Report from the Kabala government hospital has stated that a total of 34 teenage pregnancies were recorded in the month of January 2020 and the majority of the cases involve girls around the ages of 13 to 15. According to Africa Young Voices (AYV), they found out that teenage pregnancy and sexual penetration are on the rise and that health workers have made several complaints.

On Friday the 28th February 2020 His Excellency Dr. Julius Madda Bio did the official turning of the sod for the construction of the Diamond Blade artificial turf in Kenema District, Eastern Sierra Leone. The turf which cost USD 960,000 was donated by the Federation for International Football Association (FIFA) and its lifespan is 20 years.

The Sierra Leone Brewery in partnership with the Heineken Africa Foundation on Friday 28th of February 2020 commissioned a newly constructed hospital to the Wellington community. The hospital cost EUR 147, 000 (SLL 1.5 billion), will cater for an estimate of 50,000 people, servicing pregnant women, lactating mothers, children under five and other categories of patients.