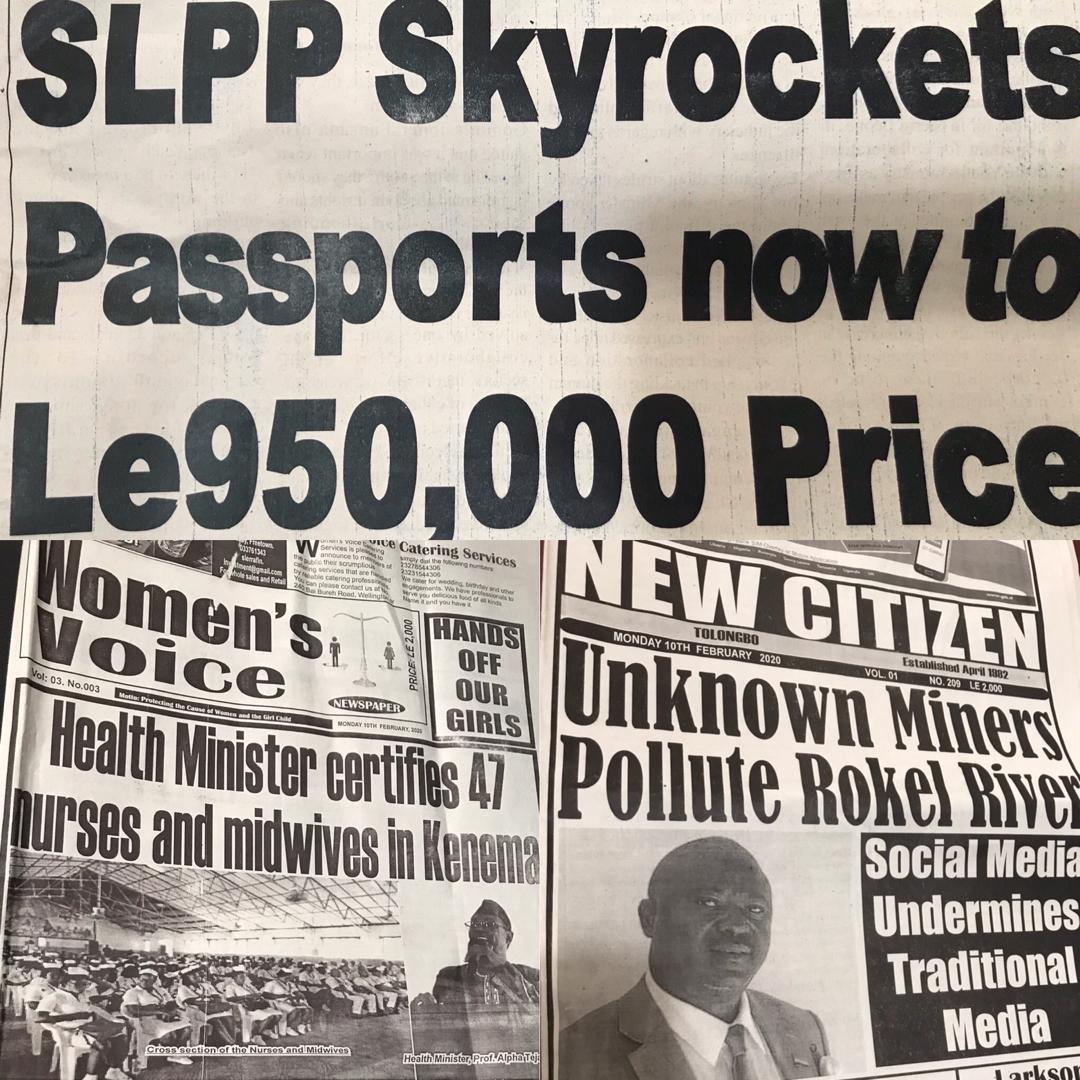 A press release was released from the Sierra Leone Immigration Department on the adjustment of the passport price from SLL 750,000 to SLL950,000 with effect on the 17th of February. The adjustment in the passport fee was made in line with the contract between the Government of Sierra Leone, and De La Rue represented by their local content agent Netpage SL Limited.

Minister of Health and Sanitation, Prof. Alpha Tejan Wurie has certified 47 State registered nurses and midwives at a ceremony held at the Holy Trinity Hall in Kenema District. These 47 nurses and midwives are Medecins Sans Frontieres (MSF) sponsored students who successfully graduated in Nursing and Midwifery studies in Ghana. The minister further stated that 47 out of 50 students completed the course with flying colors which means their basic education and grounding is first class.

Rokel River is being polluted by unknown miners. One of Sierra Leone’s longest and historic rivers, the Rokel River flows through the Koinadugu, Tonkolili and Bombali Districts but neither of the paramount chiefs nor the politicians in those affected districts can explain who are the people responsible for the uncontrolled and devastating mining activities at the River Rokel Basin.