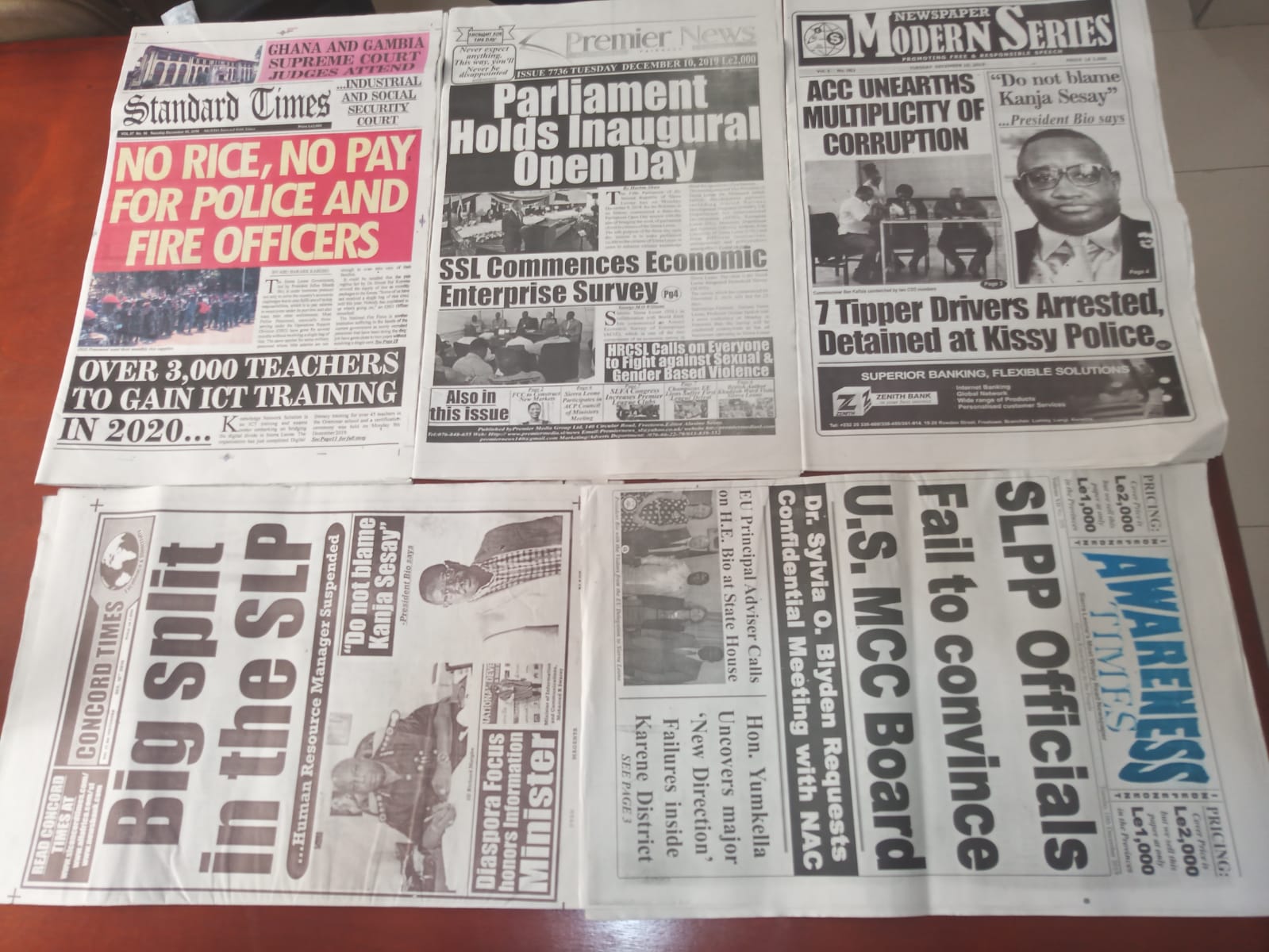 BRAC Sierra Leone has launched the Support for Agricultural Diversification for Livestock at the Western Area Rural District Council hall Waterloo. According to the District Project Coordinator BRAC SL Malike Jalloh, the project is to improve food security and increase income for smallholder Farmers (mostly women and youth) through sustainable livestock production.

Principal Adviser on Investment Strategy for Development and innovative Financing at the European Union Arianna Vannini, met with the President of Sierra Leone His Excellency President Julius Maada Bio at his Office in State House to discuss the New external investment plan of the EU. This visit came as a result of the promise EU made to follow up the President’s visit to the EU last year.

The National Development Award organised an Awards Night at the Golden Tulip Hotel in Freetown, where both Ibrahim Brima Swarray and Rado Rahman Swarray bagged awards for 2019. Chief Executive officer of the National Public Procurement Authority Ibrahim Brima Swarray was awarded the NDA award for his exceptional leadership at NPPA.  Rado Rahman Swarray was also awarded the NDA awards as the Minister of the Year 2019.