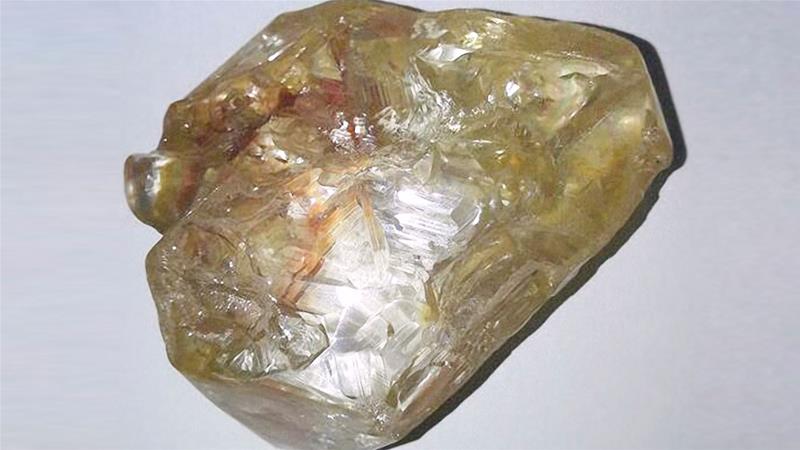 Pastor Emmanuel A. Momoh a miner in Kono District Eastern Sierra Leone found a  a 709-carat diamond, the second largest diamond found in Sierra Leone since the 969 ct star of Sierra Leone which was found in 1972, and handed it to the government.

A press release from State House says the president will ensure that the diamond is sold to the highest bidder in a transparent manner.

SwitSalone was in the streets of Freetown to ask everyday citizens two questions: Who owns Sierra Leone’s Diamonds? What you you do if you found a diamond?

“Diamond in Sierra Leone is owned by the people not the government, since it’s the people that own the lands. Most of these lands are owned by Chiefs and elders in the villages.  Government and these mining companies are just taking advantage over the fact that these local people do not have the mechanism, machinery and man power to mine diamonds.

“If I find a diamond I will sell it for my own gain to better my life rather than taking it to officials for little or no commission. It is rare for one to stumble upon such precious gem just like that without digging and shifting dirt over and again.  I won’t put in so much effort into mining and happen to find a diamond after toiling for years, just for me to take it to government, and I don’t want to be told in the end that it’s not a diamond but a stone. So why won’t I just go to any private individuals and sell it myself and have something to sustain my life and have a big investment? Than to take it where I would be told it’s a stone or given little or no commission for finding it.”

“Looking at my pedigree my first option is to consult my Lawyer for advice, because I don’t know all. Based on the advice, I will act accordingly. But again, based on the lack of trust of certain officials, I will smuggle the diamond out of SL and sell to other people.”

“Before any individual starts to mine diamond in Sierra Leone, that person is supposed to have gotten a diamond mining license from the government so I think diamonds in Sierra Leone are owned by the people and it can only be owned by the government if the person that finds it has no legal diamond license to prove that he/she is not a legal miner.”