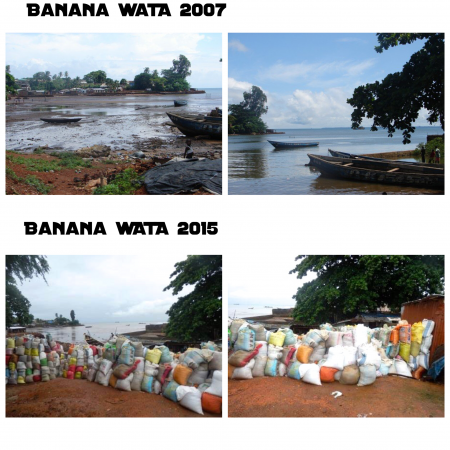 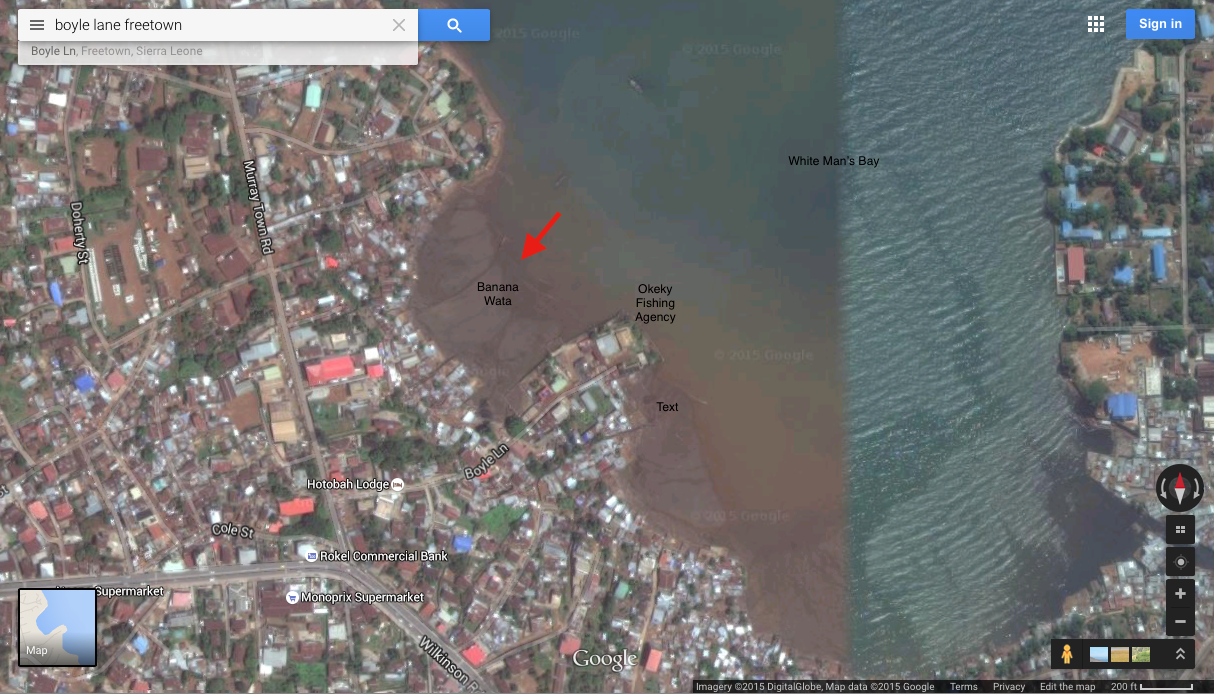 For years fishing was the primary economic activity of residents of  Banana Wata, but today when the fishermen go out on their canoes to sea, they come back with sand instead of fish.

Banana Water is a small fishing community nestled between Congo Town and Murray Town, of White Man’s Bay in Freetown. Whether it was on the locally made canoes or the trawlers of Okeky Fishing Agency on Boyle Lane, the men of Banana Water went out to fish, while their wives and daughters either sold the raw fish or smoked fish on the market. This was how it was for at least the past 3 decades.

Today however fishing activity has all but stopped in Banana Water. Okeky Fishing Agency which used to employ a lot of people from the community has for now closed its gates.. There are no more fishing trawlers coming in and where once there were canoes going out to sea and wide open beach space is now covered in trash and bags of sand. This is a community and an environment in transition. On the one hand its people have found a way to survive but the sand mining is also evidence of a community in economic decline. 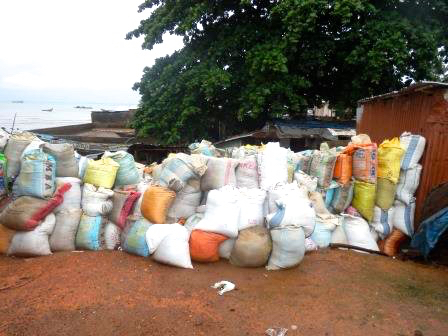 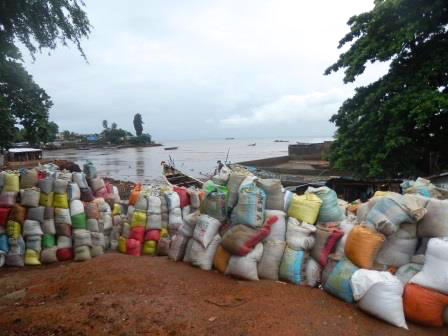 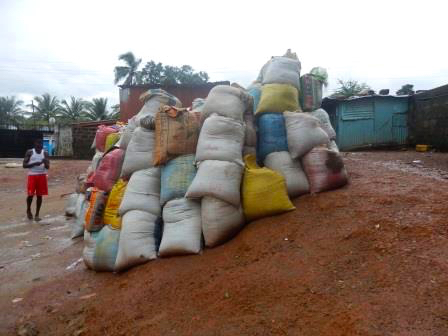 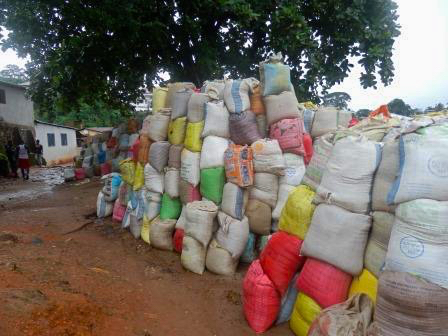 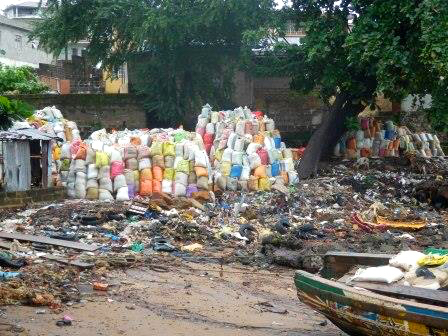 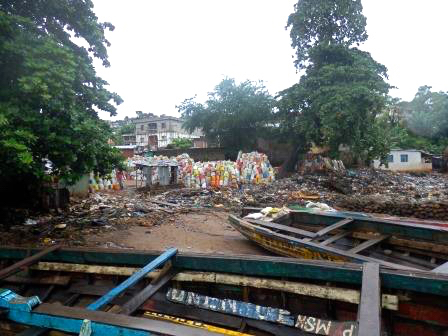 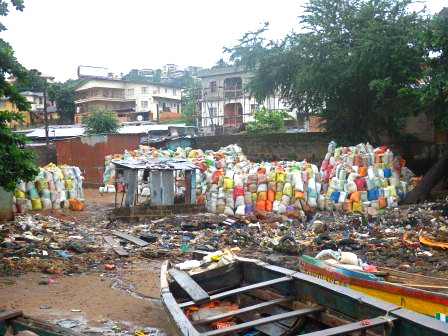 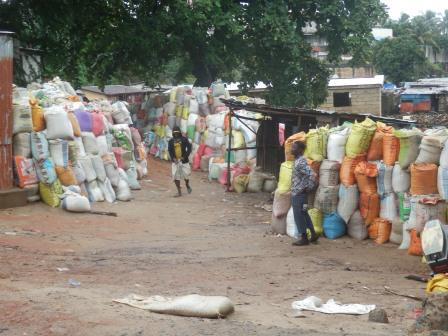 “Banana Wata  community is the new sand zone. As fishing is declining from the community, due to the suspension of work at Okeky Fishing Agency, youth and boat owners have turned to sand mining. The fishing canoes go across the shores to Lungi in Port Loko district were clean sand is mined, bagged and returned to Banana Wata for sale.

This kind of sand mining brings in high profit because other than fueling for the machines on the boat there are no other costs and no tax is being paid.

The main buyers of the sand being mined in Lungi and sold in Banana Wata are builders at IMATT and Regent who find it much easier to come to Boyle Lane instead of going the distance to Levuma Beach by Juba.

For those trying to make ends meet in Banana Wata the pay is pretty good. One single trip on the boat can bring bag up to 60 bags of sand. One bag of sand is Le. 10,000 ($2). A sand miner at Banana Wata estimates thats he and his colleagues sold an estimated 1000 bags last week alone. “

If I could vote in the July Elections…