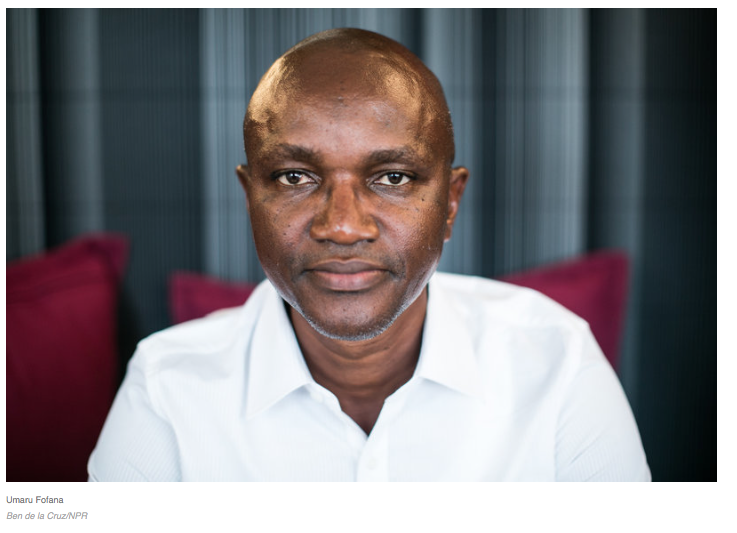 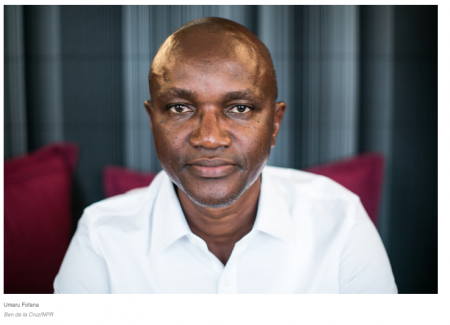 In a recent interview with NPR, Sierra Leonean journalist Umaru Fofanah recounts  the risks and worries he and his family faced as he went into the field at the height of ebola outbreak. He says he will write a book about ebola in Sierra Leone.

NPR: You were zealous about taking the proper precautions –- wearing rubber boots, not touching any people or any surfaces, spraying hands and boots with chlorine solution before entering the car. What precautions did you instruct your family to take? And were you stricter than your friends and neighbors because you were seeing firsthand the horrific consequences of Ebola?

FOFANAH: Absolutely. I knew both how difficult it was to get infected, but also how easy it was if you didn’t take the precautions. I had two boys, a 19-year-old and an 8-year old in the house, and my two-year-old daughter. And I wasn’t sure my kids would be as strict with the protocols as I or my wife would be. So I kept them inside this gated area. My kids were like in prison. For a while we hired a part-time teacher to come and teach them because school was closed [due to the outbreak]. But after a time we had to stop that, because we weren’t sure how many other contacts the teacher was having.

We also sent our maid away with pay. I and my wife — who is an administrator with the country’s anti-corruption commission — had to juggle doing what our maid was doing. We also had to make our maid understand that, we are doing this in your interest as much as in ours. Because if I get infected working out in the field and I infect my children, you will get infected, and you’ll infect your children as well. So let’s just stay apart. It was a very terrible time.