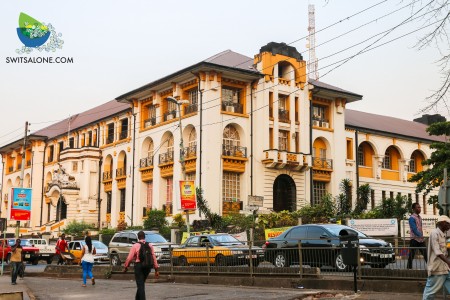 The Sierra Leone Supreme court has ruled that the nation’s leading opposition party may not hold its delegates conference pending a decision brought against the party by Ambassador Alie Bangura.

Ambassador Bangura sued the party for what he says were election malpractices before and during the SLPP 2013 elections that made Chief Somano Kapen party leader. The Supreme Court says that until there is a ruling in that case that the SLPP’s executives can not hold a delegates conference. The SLPP for its part expelled Ambassador Bangura from its ranks in April this year for “taking actions inimical to the interests and survival of the party“. Bangura had contested and lost the party leadership.

While this might seem divisive to some, it is commonplace for members of political parties to sue each other in the courts in Sierra Leone.. The current president Ernest Bai Koroma, his Vice President Victor Foh, and the Secretary General of the ruling APC party Osman Yansaneh were all once sued in court by members of their party a decade ago after they held a delegates conference in Makeni.

THE TRUTH ABOUT THE RICE THAT MAY HAVE...