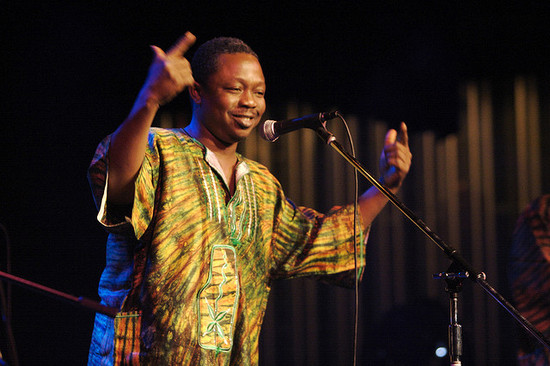 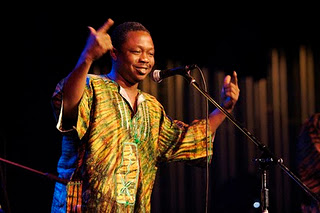 The Sierra Leone Refugee Allstars need your help to raise funds to cover medical bills incurred after an accident involving 4 of the band’s members who were on their way to a concert in Vermont, USA. While this was a non fatal accident and all are well the SLRAS’s van and equipment were damaged. A GoFundMe Fundraiser has been set up to help raise $5000 to get the band back on the road.

Four members of Sierra Leone’s Refugee All Stars were in a terrible car accident on June 19 on their way to perform for a World Refugee Day event the following day in Hardwiick, Vermont.   Their van flipped over two times down an embankment and crashed into a tree.  They lost thousands of dollars worth of instruments and equipment and their van was totaled.  Even the doctors at the emergency room say it is a miracle that they survived with minor injuries.  There was minimal insurance coverage for the ambulance and emergency room and there will be major expenses to pay the hospital bill, and to replace their equipment and van.

This band has risen like a phoenix out of the ashes of war in their mother country of Sierra Leone in Africa and has traveled the globe sharing their uplifting songs of faith, hope and joy.  They are a powerful example of the redeeming quality of music and the ability of the human spirit to persevere through unimaginable hardship and emerge with optimism intact.  They continue to play an important diplomatic role as spokespersons for the ever increasing millions of refugees worldwide.  Please help them to recuperate their losses so that they can continue their important mission!