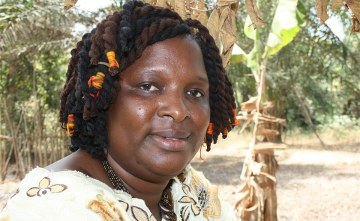 Photo via All Africa

Women make up half of Sierra Leone’s growing population, so it is long overdue that they demand a place setting in the political table, don’t you think?

For 10 long and restless years, the Sierra Leone Women’s Movement have been demanding inclusion in political decisions that affect the country. In recognizing this, the government invited leaders in the movement to draft a bill that could potentially be included in the quota system. Their draft included a 30% increase of women leadership in government, which is significant. Due to the limit of time, the women requested that “the bill be pushed through as a government bill by executive order through a certificate of urgency..” Unfortunately, parliament refused to take action and the country is unsure of its effect on the election as deadline for nominations was on October 16, 2012.

This leads me to question the sincerity, politics, and agenda behind the women’s call for this bill. An excerpt from the original article explains this more:

“The way the bill has come about reflects the ambivalence male politicians feel towards it. Some activists doubt the sincerity of political will behind the bill, and feel the women have been set up to fail. The fact that it was initially handed over to the women’s movement to draft, rather than being drafted within the ministry of social welfare, gender and children’s affairs, is odd. The movement was initially elated when the chance to work on the bill arose, but the technical realities of drafting and gazetting the bill proved difficult and expensive. The main sticking point in the bill is the provision for reserved and safe seats, particularly unpopular with male politicians who believe it will ‘jeopardize’ their positions since no new constituencies will be created.”

I am actually inspired and proud of the women to take the initiative to include themselves in the political process. A nation can not function properly by muting half of its population. Women are a significant group in any growing nation and their involvement is not only needed but crucial. Albeit, I dont think that a quota for women’s inclusion in politics is effective. Setting a quota raises new issues and welcomes controversy. Women must be elected through the same protocol as their male counterparts. In order to gain respect, equality, and pride we (women) must stay away from this affirmative action like quota. What women need is equal opportunity.

What do you think?