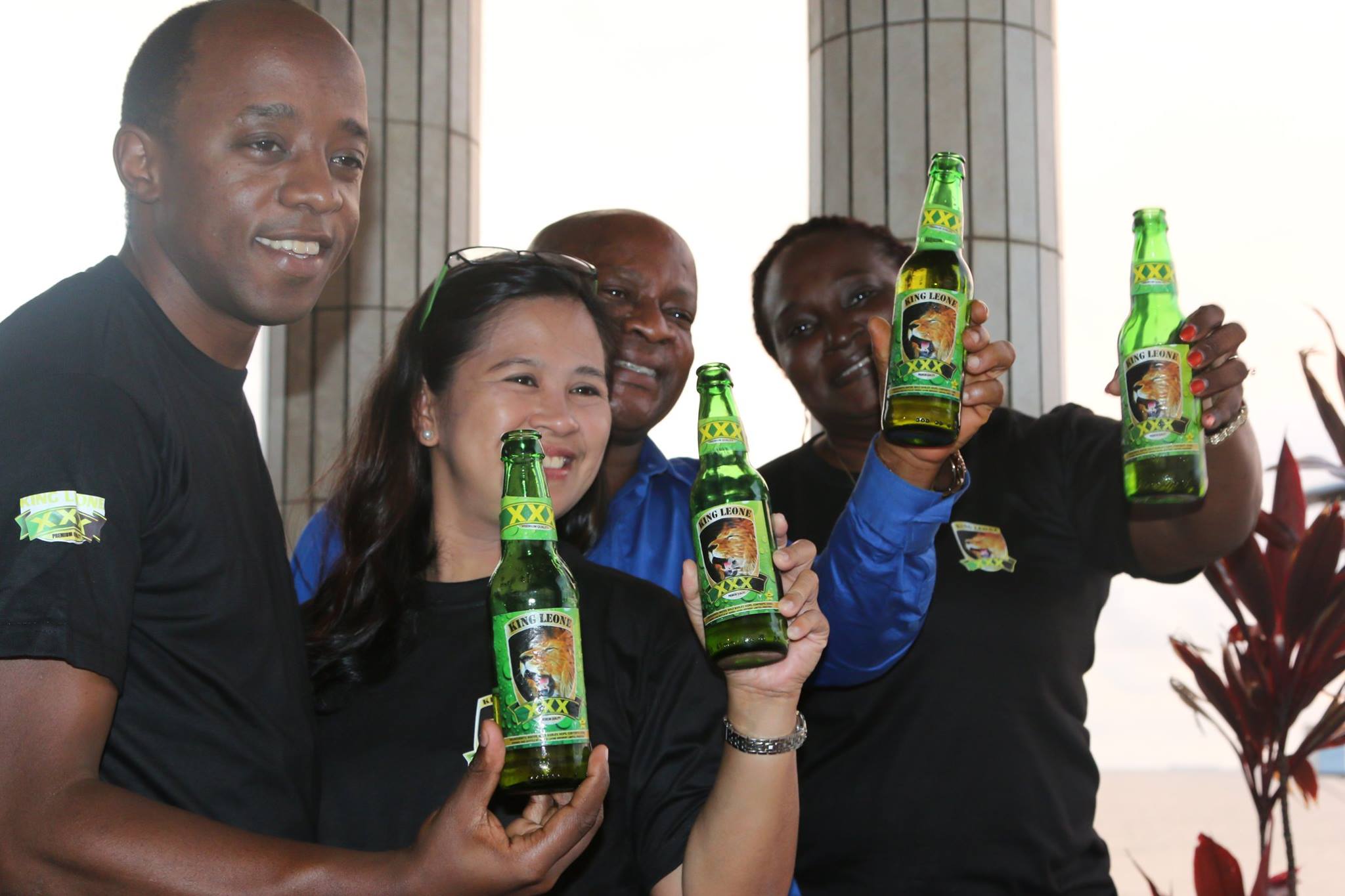 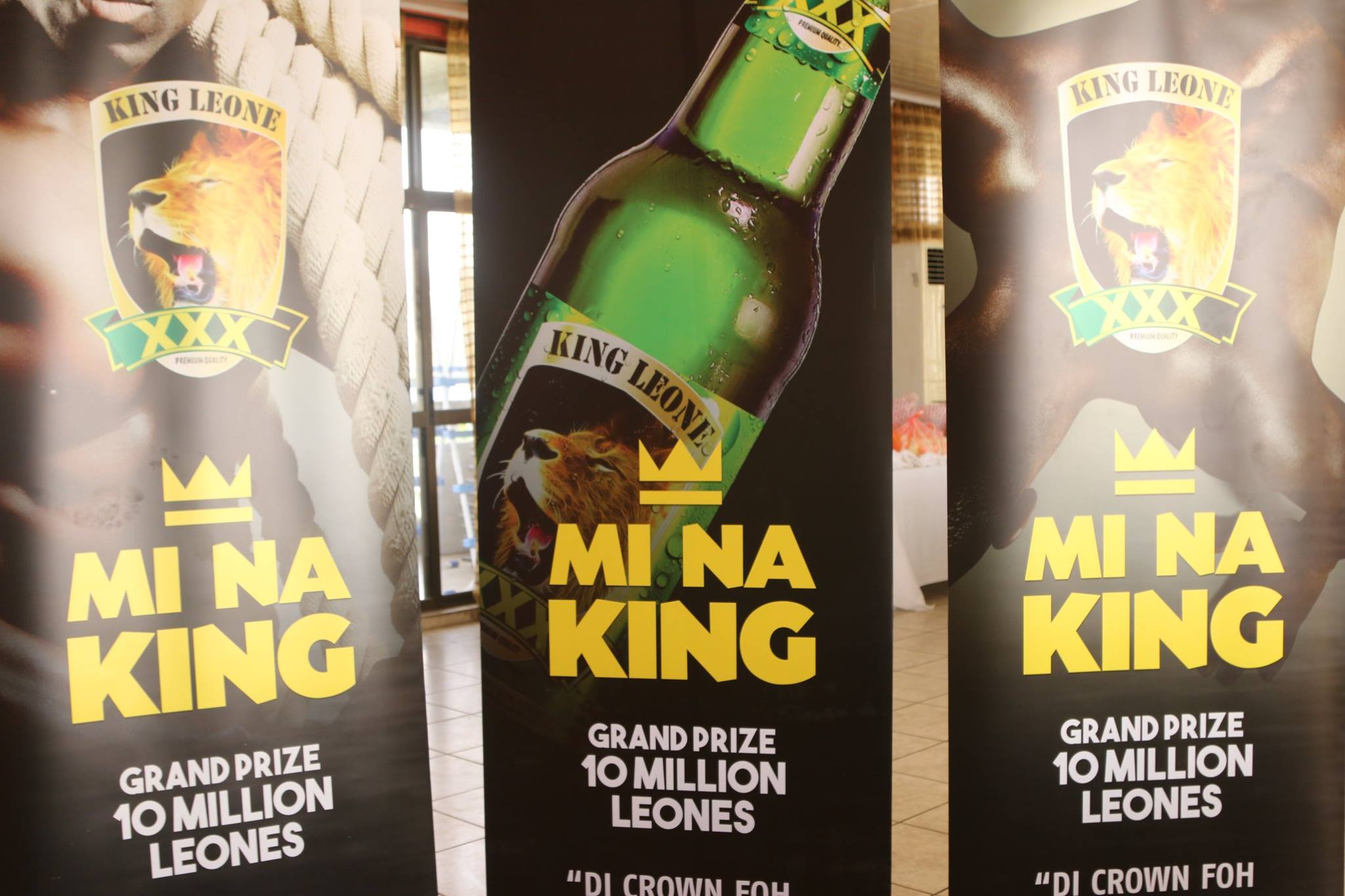 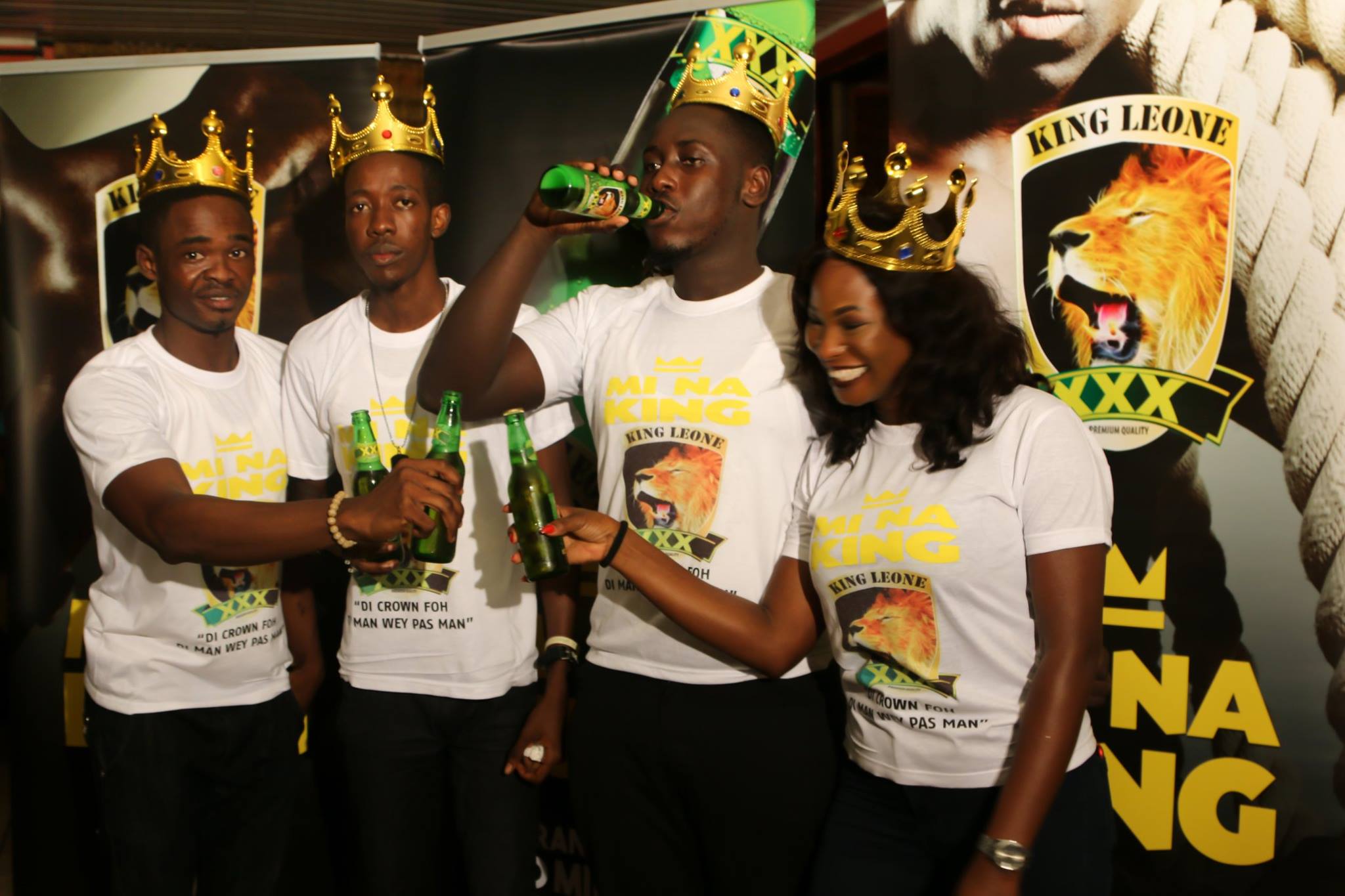 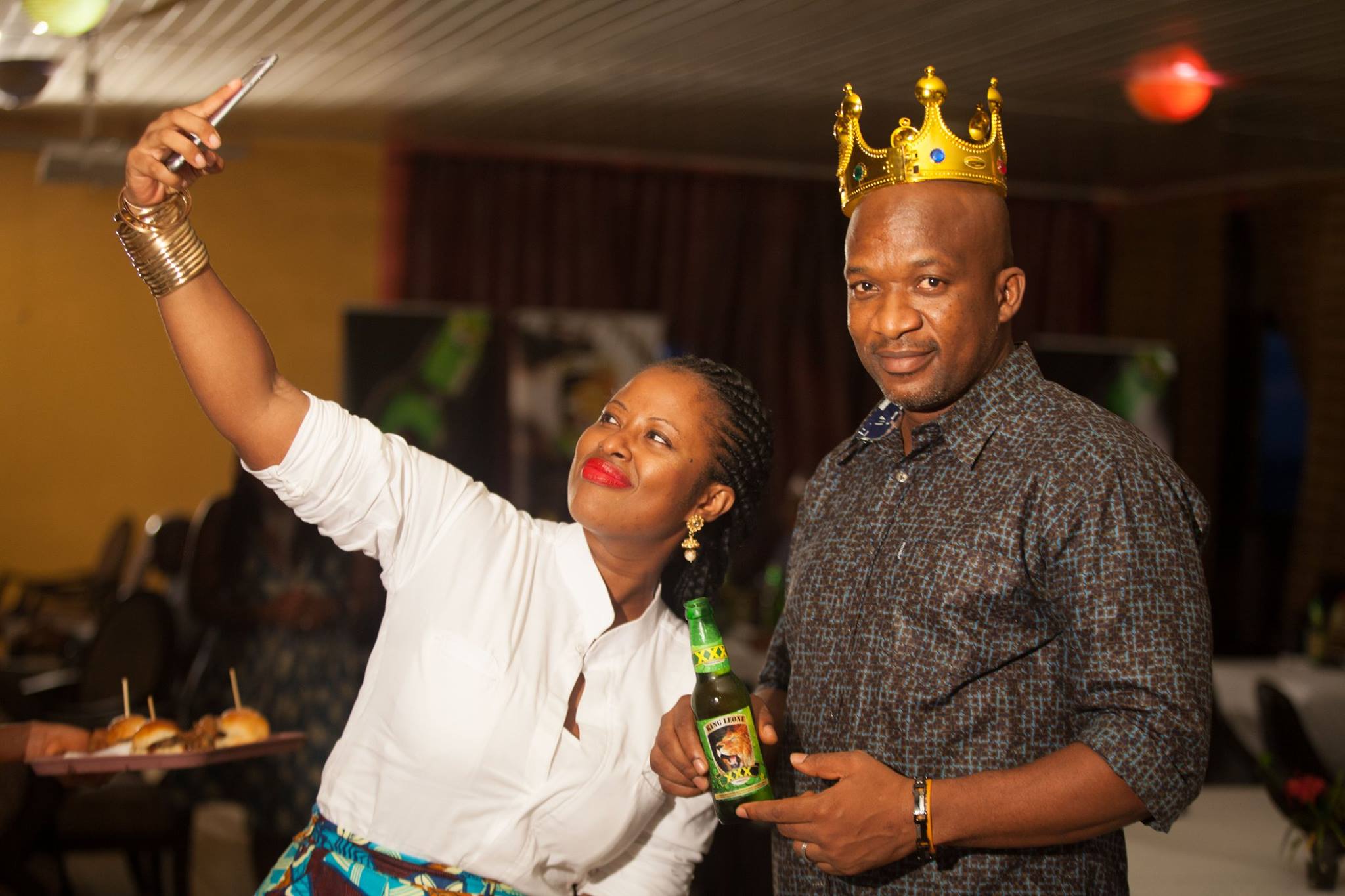 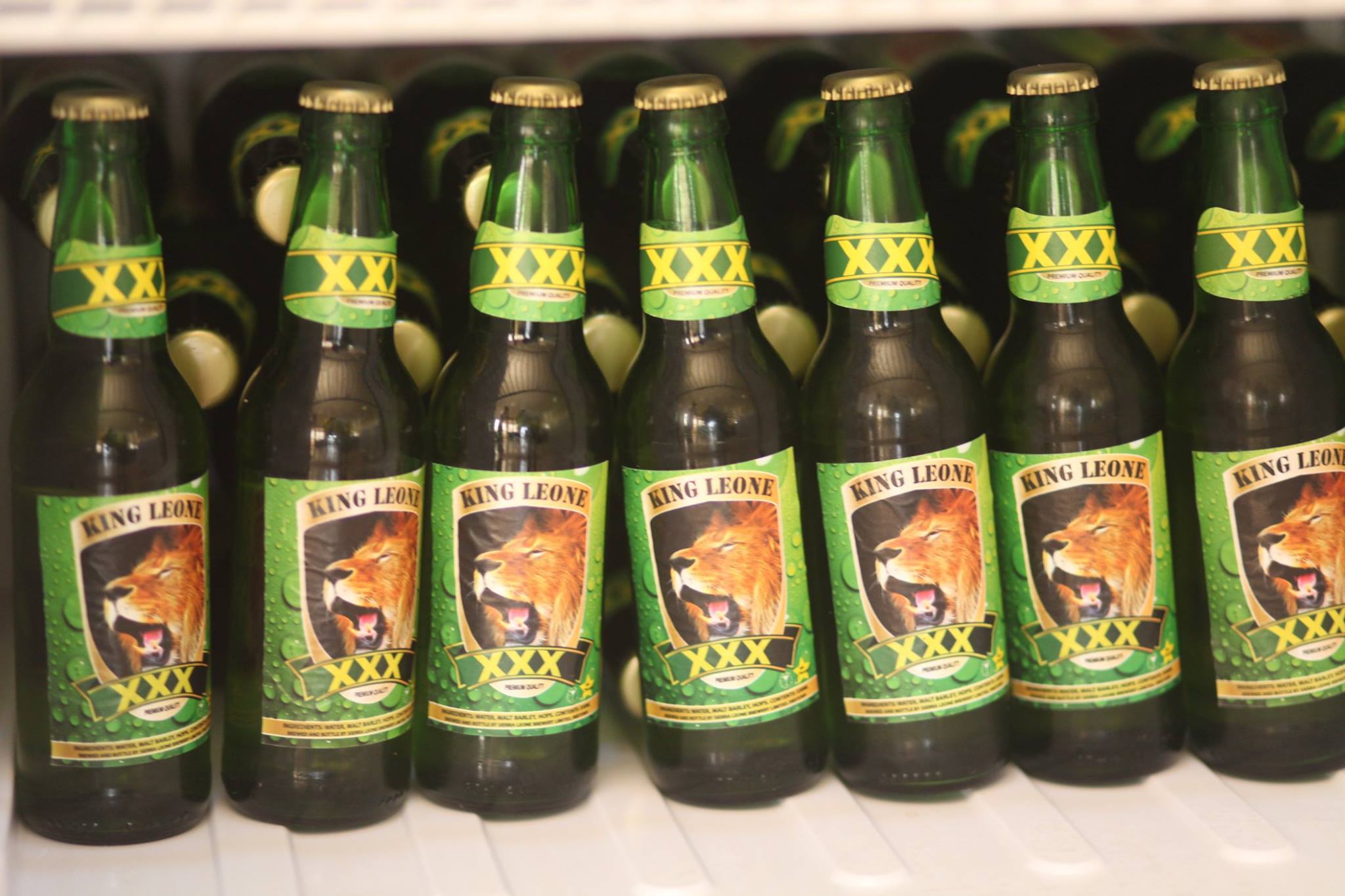 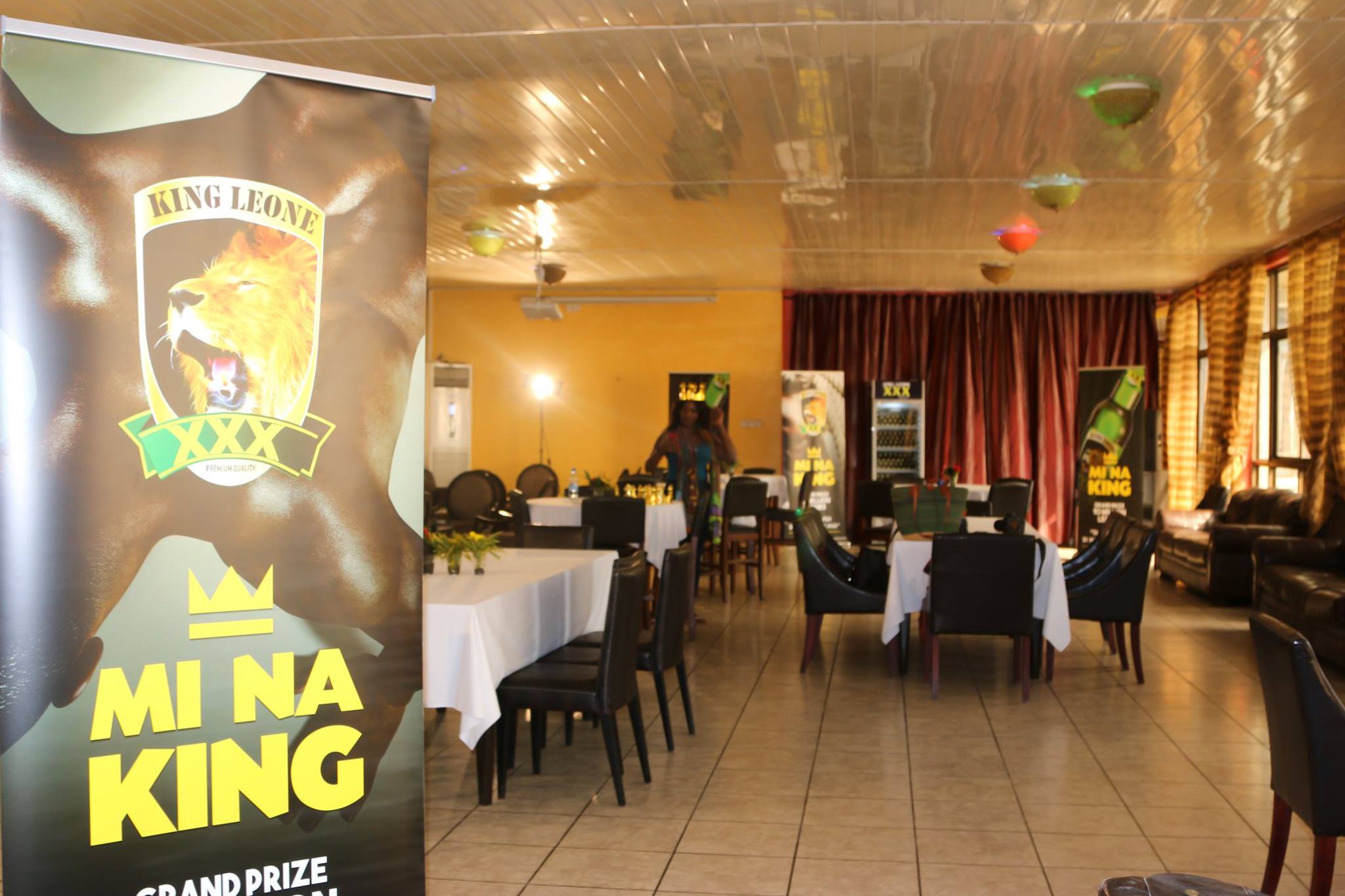 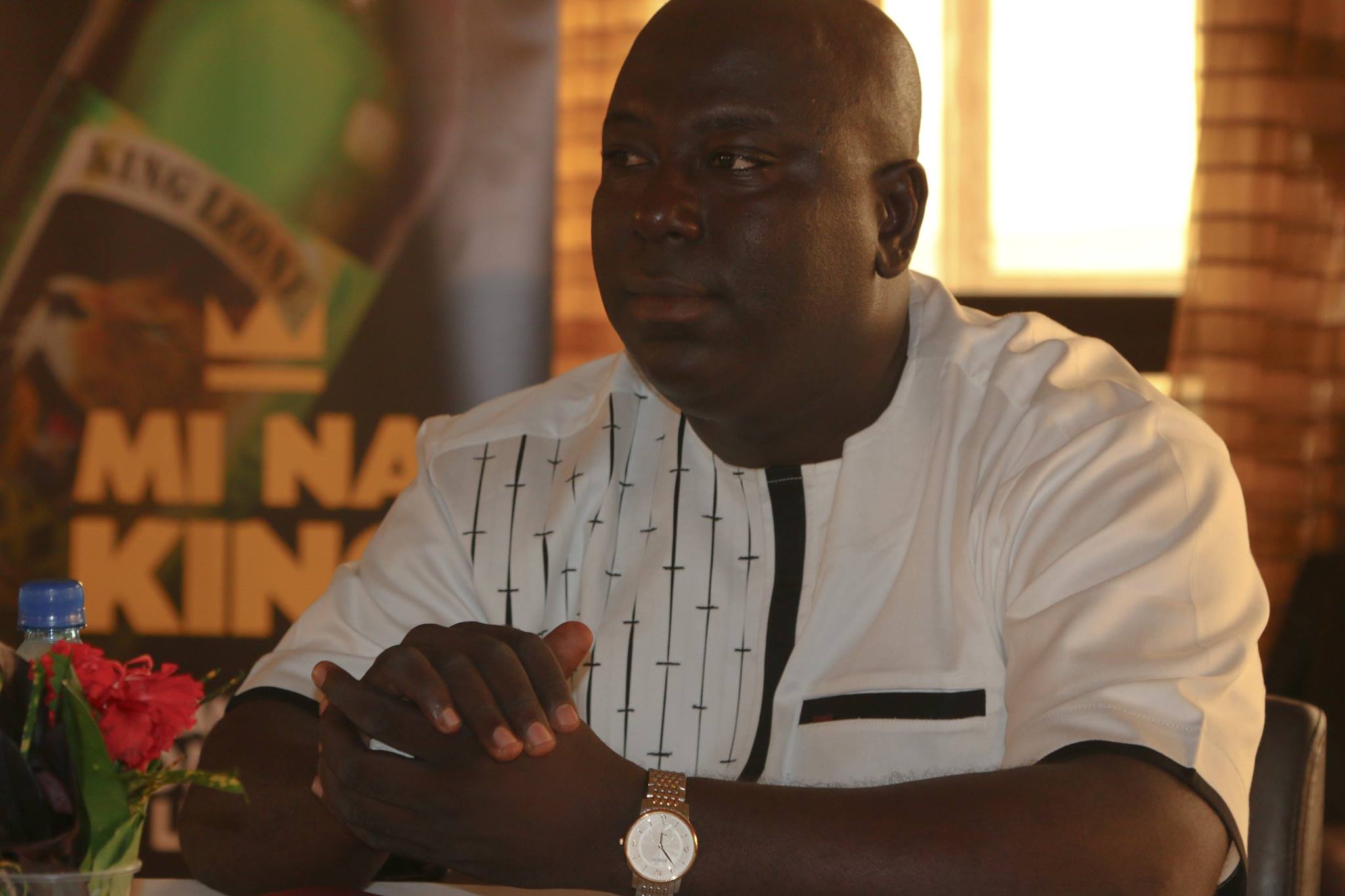 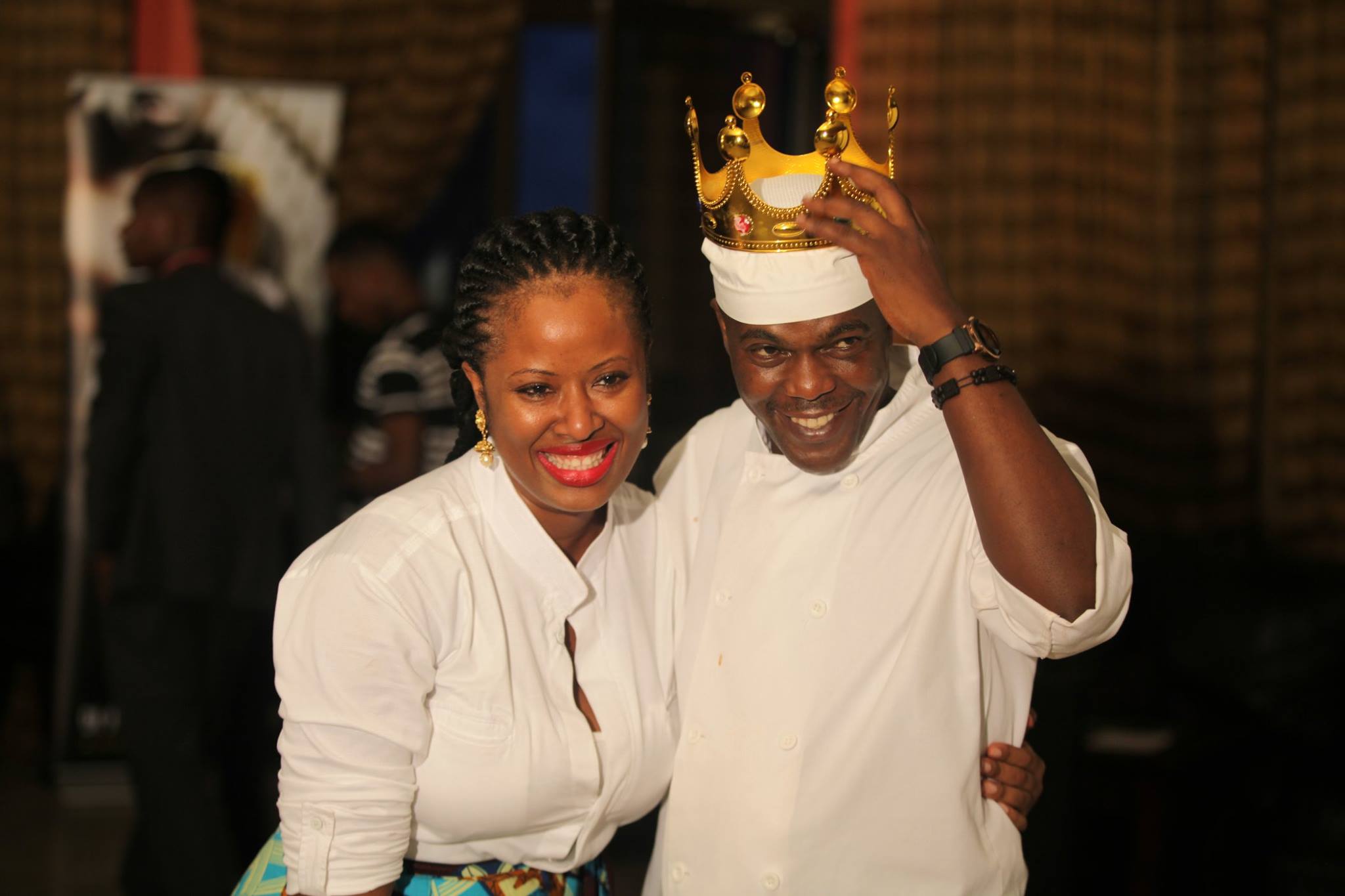 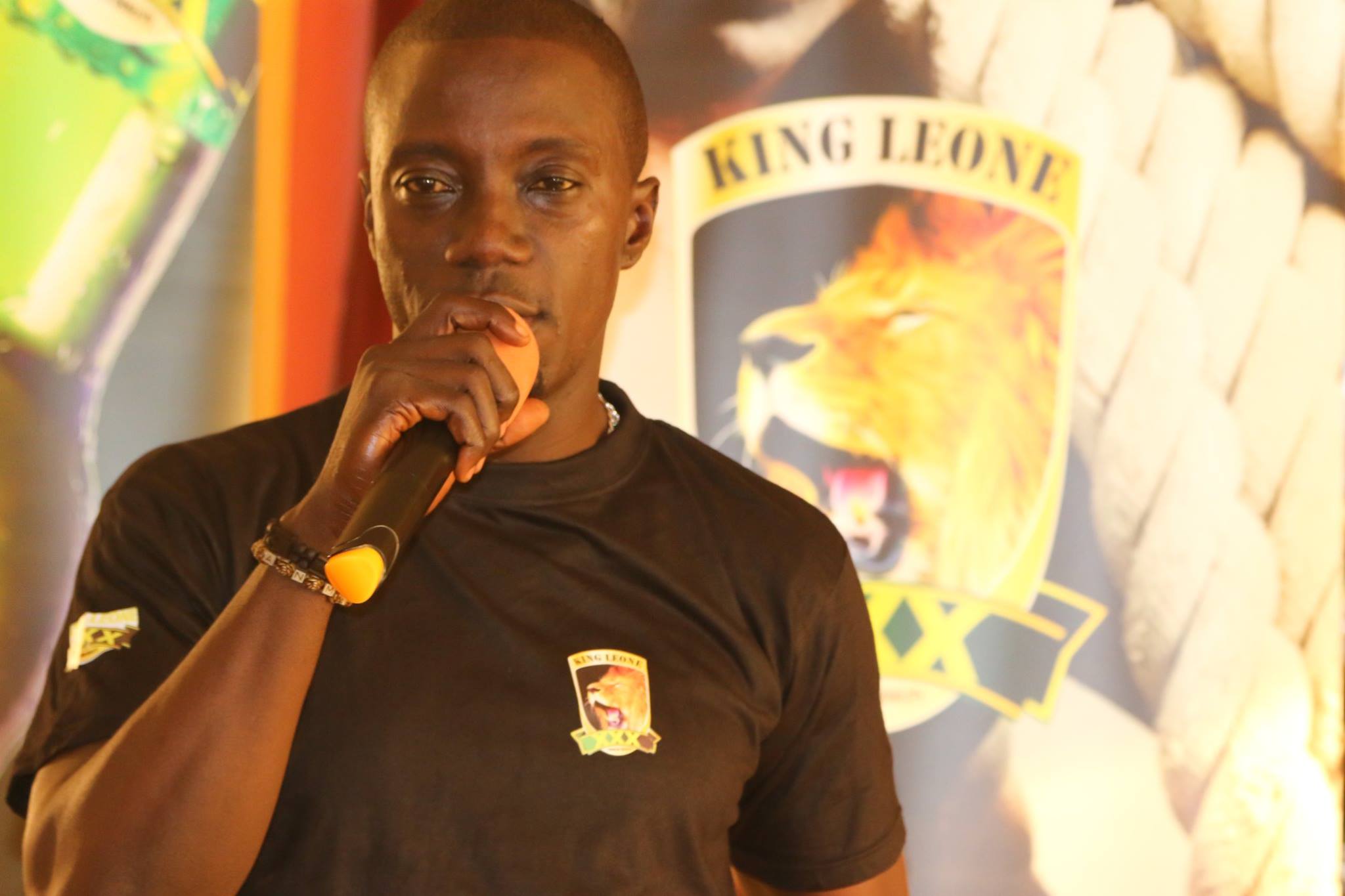 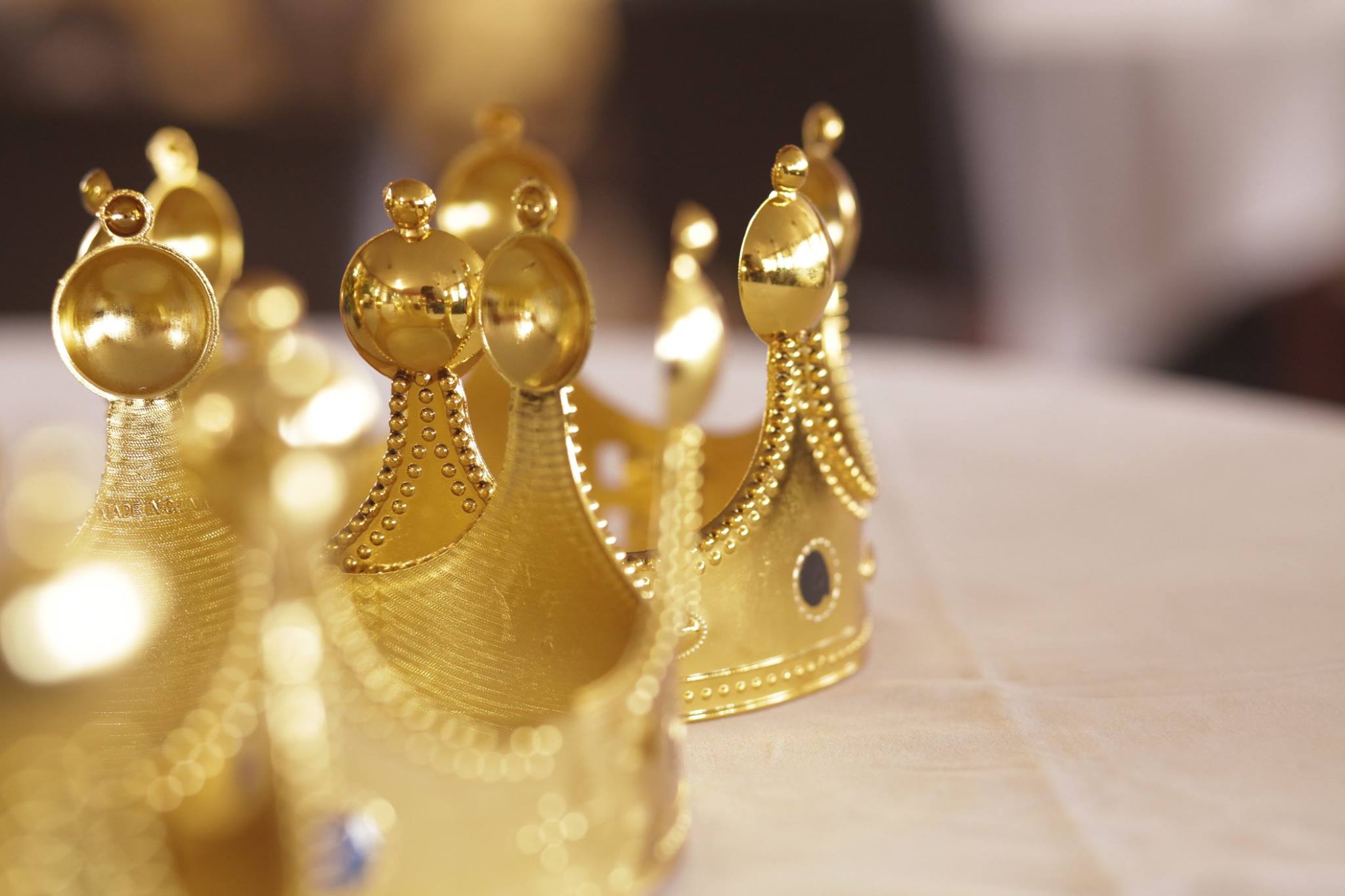 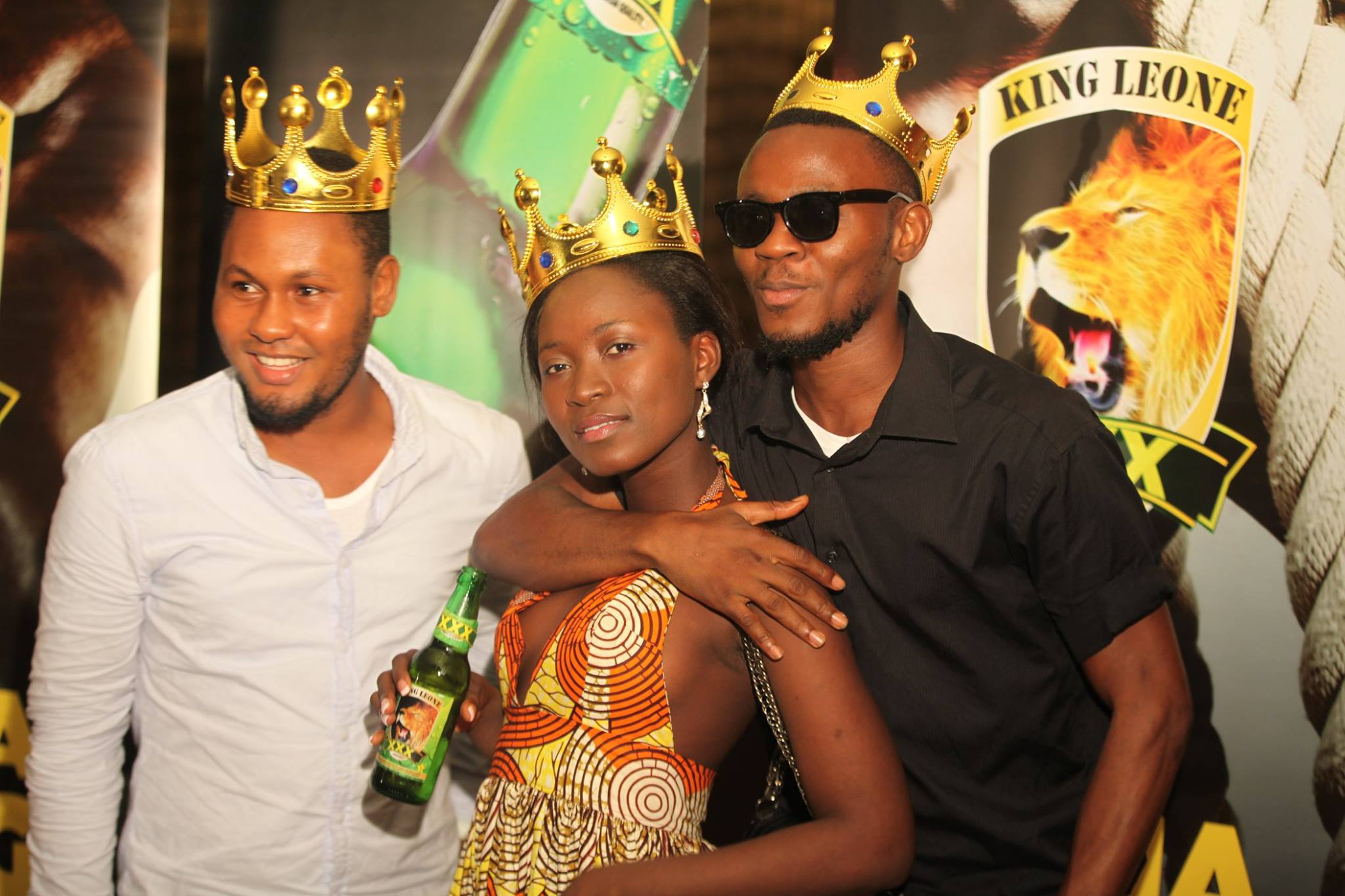 King Leone Beer has launched ‘Mi Na King’ at Shangri-La in Freetown. Mi Na King is a search to find the men in Sierra Leone who have strength and stamina. These are men who are courageous and adventurous and best embody the King Leone brand.

Speaking at the campaign launch Arthur Kallon, Brand Manager of Alcoholic Beverages at Sierra Leone Brewery Limited said that in creating King Leone, SLBL wanted a unique African beer that would cut across borders to claim its place at the top of the continent’s beer offerings. He said that King Leone is the only beer that captures the spirit and exuberance of the average Sierra Leonean.

“He is well focused, full of confidence, and strong. After a hard day’s work he says to himself; ‘I have worked for it, and I deserve it’”, all the while reaching for a strong refreshing bottle of King Leone Beer.

Mi Na King will give 10, 000 million leones to the best King stories submitted to King Leone on social media. To enter all one has to do is to purchase a bottle of King Leone, open their bottle and take a picture. Send the image with King Leone to the brand’s Facebook page or to a Whatsapp number explaining in 100 words or less why you should be the man to wear the King Leone crown. Four of the best submissions will win, and those winners will become brand Ambassadors of the North, East, and Southern Provinces as well as the Western Area. These four kings will be featured in King Leone Beer adverts, marketing materials and events.

“King Leone could be the electrician who fixes our lights, the contractor who builds our roads, the soldiers keeping our borders safe, the police who are protecting and serving us and many other everyday people in our communities who are strong and work very hard.”

King Leone Beer is for every one who works hard, and has both inner strength and physical power. It is a strong beer, with 7% alcohol, meant to meet the needs of an equally strong man.

What makes King Leone especially unique is that it is the first national beer of Sierra Leone. Every part and component of this beer is locally sourced. King Leone Beer is made with sorghum grown by farmers, brewed on location at Wellington by the best Sierra Leonean tasters and beer experts. Sierra Leoneans who love their country should be proud that SLBL has finally given the region an authentic Sierra Leonean tasting beer.

This was a sentiment echoed by Mr. Ibrahim Washingai Mansaray, The Deputy Minister for Trade & Industry, when he spoke at the Mi Na King Launch.

“What really drew my attention is the fact that this beer is of local content. So as a people and as a country King Leone should be ours. Sierra Leone Brewery is one of the most locally-oriented companies, 95% of its employees are Sierra Leoneans and supports over 5000 families. So as a country and as a government, we must do more of promoting our local business.”

King Leone is the only beer with an authentic Sierra Leonean taste. It is a beer of premium quality and has 7% alcohol content. King Leone is manufactured by Wellington by Sierra Leone Brewery Limited (SLBL)., part of the Heineken Company. King Leone is not for persons under the age of 18 years old. To find out more about the Mi Na King Campaign, including details on how to enter please visit us on Facebook – www.Facebook.com/KingLeoneBeer

Who Will Be the New Queen? Miss Universe...