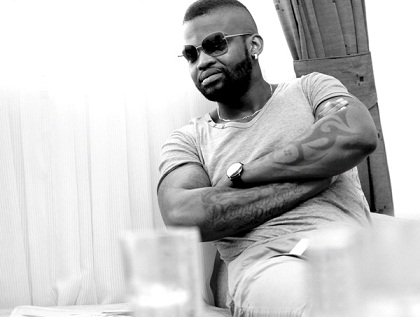 As Sub-Saharan Africa’s richest nation South Africa has many good things but over here in this corner of the continent we are mostly clueless to goodies from SA. Must of everything pop culture or art that reigns in West Africa whether it be in literature, music and or film is heavily influenced by Nigeria. The further away from SA you get the weaker its cultural dominance.

The average West African knows Shaka Zulu (though they don’t know what he’s famous for), Nelson Mandela, maybe Steven Biko, retired soccer player Mark Fish, and certainly Sarafina. For many in my generation that film was our first look at what life under apartheid could have been.

But we miss out on Kwaito and South Africa’s rich culture and art scene because they don’t come up this way and most of us think Europe or US when we travel out.

My knowledge of South African music rests with the old school. I know what my mom and my grandma know. Which for the most part means those artists who became international sensations in exile during apartheid. South African music in my head is still represented by Miriam Makeba, Vusi Mahlasela, Hugh Masekela, and Lady Black Smith Mambazo. And of course we can’t forget Lucky Dube who was and still is a legend here in WA.

As dope as South African Kwaito and dance scene sadly it just doesn’t make it to the radio here. But every time I hear a song like ‘Follow Me’ (Sizohlangana ku Facebook) from Cleophas ‘DJ Cleo’ Monyepao I wish for a truly Afropolitan continent-wide musical shake up where our music can be more panafrican and less regional. A little googling tells the song promotes hooking up on social media.

For as much as this is a very South African song strip it down one level and you can bust an azonto move or two or speed it up and you can coupe decale.

Africa is big and we are diverse but there is so much that cuts across our borders and languages. The colonial masters couldn’t carve up our musical beats and dance thankfully in that Africa is one!

I’m here busting moves to “Follow Me”. Awozaaaa! Awowowozaaaa!!! Have no idea but that means but I like it.

We love his Mohawk, his beard, and the tattoos. Go SA!