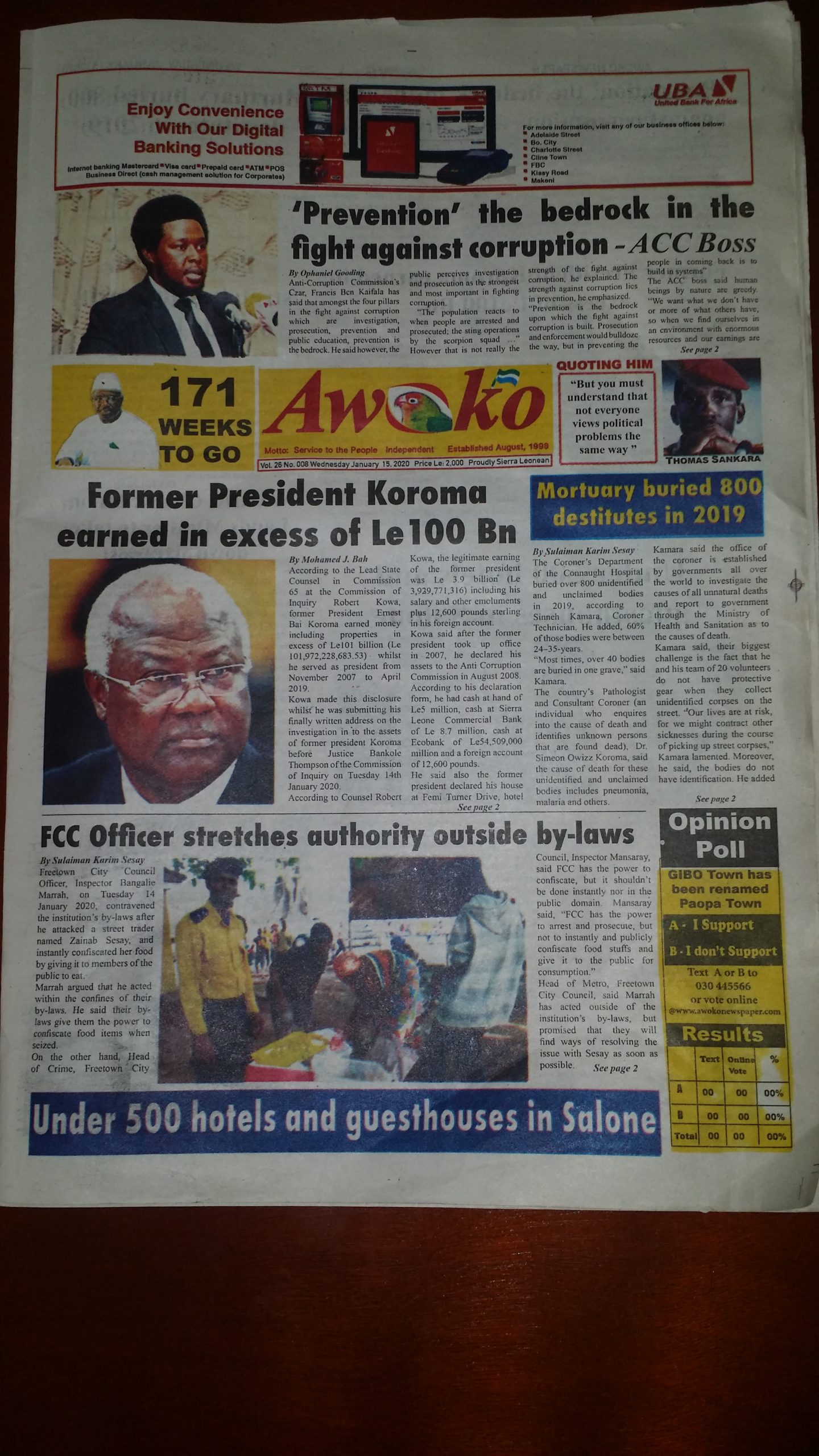 The Minister of Lands, Hon. Dennis Sandy single-handedly erected a signpost at Grafton community which carries the name ‘PAOPA TOWN’ without consulting the Western Area Rural District Council (WARDC). The District Chairman, Kasho Holland Cole is not pleased with the actions of the Minister. Letters have been sent stating he should put the signpost down, as it will pose political conflicts between non-members of SLPP in the community. The Minister still has not made any move to bring down the signpost.

The Anti-Corruptions Commission indicts a medical doctor at the Government Hospital Bo District, Dr. Peter Belmoh Samai for unlawful transfer of the Hospital’s KVA generator to his private premises, leaving the Hospital with electricity challenges. The Commission found the same generator at his premises with no valid receipt and sprayed from green to yellow. Dr. Samai will be making his first appearance at the High Court in Bo on the 16th January 2020.

Connaught buries over 800 unidentified corpses in 2019.

According to the coroner technician Sinneh Kamara, the Coroner Department at Connaught mortuary buried over eight hundred unidentified corpses in 2019. Mr. Kamara added that most of the unidentified bodies are within aged 24-35, and are usually buried in mass graves (30-40 in a grave). The struggle to identify these bodies is due to fatal accidents that leave bodies with no forms of identification. He added that the general public should indulge in search of missing relatives not seen for days.

The Sierra Leone Police alongside the Ministry of Internal Affairs launched the 2020-2024 strategic plans at the police headquarters George Street. The strategic plan aims at increasing citizen participation through cooperation and enhances inter-institutional relations. The SLP included the training of two forensic Pathologists in the strategic plan as a way of improving their role in protecting lives and properties.