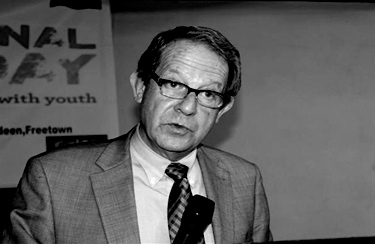 The local staff of the United Nations Integrated Peace building Office in Sierra Leone (UNIPSIL) have called for the withdrawal of the Executive Representative of the Secretary General (ERSG) Jens Anders Toyberg-Frandzen over allegations of discrimination and poor wages.

As they continue with their protest for better conditions of service at the organisations headquarters in Freetown, the Chairman of the UN Local Staff Association Abu Badasi Sesay criticized UNIPSIL management for what he says is little or no concern for national staff welfare. Sesay said that the protest is to create awareness about financial difficulties and a lack of local staff involvement at UNIPSIL.

Sesay further alleged that the Executive Representative of the Secretary General Toyberg-Frandzen has been disrespectful to local staff as well as expatriates considered to be still loyal to his predecessor Michael von der Schulenburg.

Most important on the list of local staff gripes are claims that expatriate allowances were increased after an estimated 50 percent of nationals were sacked.

Sesay says that ERSG Toyberg-Frandzen has resorted to intimidation in place of dialogue. He said that they have been threatened that those who are currently protesting, will be replaced by new employees.

Meanwhile, the acting Minister of Employment, Labour and Social Security Daniel Gaima has said that the government will investigate the allegations of the workers and find make efforts to find an amicable solution for all affected parties.

Efforts to get a response from the ESRG and upper echelons of  UNIPSIL management so far has proved futile.

Mr. Jens Anders Toyberg-Frandzen was appointed ESRG back in May after Michael von der Schulenburg left Sierra Leone at the request of the government.